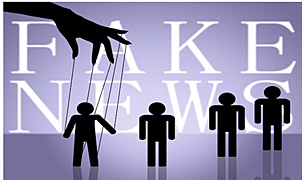 The Media and the Election of 2020 by Miguel A. Faria, MD

After 4 days of haggling over votes here and there, the liberal media have declared Joe Biden and Kamala Harris the winners of this election. Never mind that widespread fraud has been detected in all of the battleground states, particularly in Atlanta and in Detroit. Never mind that none of the states have certified their returns and therefore the media projections have no legal effect.

In a letter to Georgians, David J. Shafer, Chairman of the Georgia GOP, has correctly pointed out that the margin in Pennsylvania, Nevada, Arizona, Wisconsin and Georgia, the most contested states in this momentous election, is less than one percent; and therefore, recounts will be required or requested by the Trump legal team in most, if not all, of these states.

The media have completely relinquished their responsibility of serving as an objective source of news and information and have ceased to be a watchdog for liberty and the rule of law, as our Founding Fathers intended and enshrined in the First Amendment of the Bill of Rights.

The media, including the press, broadcast journalists (if they can still be called journalists), and social medial moguls have become lapdogs of the Democrat Party, working in tandem with that Party in trying to turn this nation into a social democracy ruled by an elitist oligarchy — an oligarchy where the media will then have a major position in that power structure. The Constitution, the middle class, and the working class, be damned.

In Cuba in Revolution: Escape From a Lost Paradise (2002) and more recently in America, Guns, and Freedom: A Journey Into Politics and the Public Health & Gun Control Movements (2019), I tried to inform and warn my fellow citizens about the dangers to a nation where the press becomes a tool of the state — as has happened in Cuba and other socialist or communist nations.

But it can also happen here. Even in free countries, the press, of their own volition, when sharing political ideology with a political faction can become a propaganda organ of that Party, as happened in Nazi Germany and Cuba during the critical years before socialism fully consolidated itself in those countries.

Now this is happening in the United States. No president in American history has had to suffer the sustained attacks that the American print and electronic media have launched against Donald Trump, even before he became President in 2016. The assault only intensified after his election and continued throughout all four years of his term to reach a boiling point in 2020.

Consider the attacks not only from the media but also from the entire political establishment of the Deep State, including operatives (RINOs) in the Republican Party.

Consider the assault of fifth columnists within the government and the intelligence community, including the Justice Department, the CIA, and the FBI. We even witnessed an attempted coup d’état from these intelligence agencies against President Trump. Consider the incredible resources used by the press to sustain such a constant barrage of negative propaganda. We now know they even manufactured the Trump-Russia collusion and Ukraine conspiracies, working together in their own collusion to unseat Trump.

We should learn from history that the media with their power to disseminate propaganda can exert mass indoctrination and help establish a tyranny in which they can play a major role in enforcing political conformity.

Events such as these took place in Cuba. The invaluable assistance rendered to Fidel Castro by both the Cuban and American media in the overthrow of Cuban President Fulgencio Batista, was essential in his attaining power and bringing socialism-communism into the Western hemisphere. The assistance rendered by the government-run media in the sustenance of the communist dictatorship of the Castro brothers was immense. It continues to this day.

To ensure control of the press, one of the first things Fidel Castro did after his takeover was to silence the potential media opposition by placing all media organs — press, radio, and television — directly under government control. The American socialists incarnated in the Democrat Party and their confreres in the Deep State will not need to do that here. The mainstream liberal media, sharing globalist and socialist ideology, have already surrendered voluntarily in tacit exchange for becoming an intrinsic part of the ruling oligarchy. If the fraud that was perpetrated in this election by Democrat operatives working in collusion with the media is allowed to stand unchallenged, it will be the end of the American Republic. It can not be allowed to stand.

This article appeared on GOPUSA.com on November 9, 2020.

This article may be cited as: Faria MA. The Media and the Election of 2020. HaciendaPublishing.com, November 9, 2020. Available from: https://haciendapublishing.com/the-media-and-the-election-of-2020-by-miguel-a-faria-md/