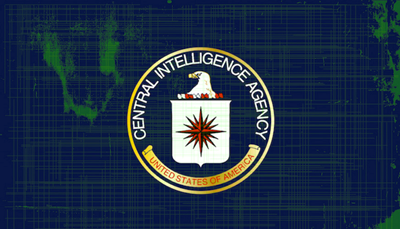 The Good CIA — Avenging a Friend of America and a Cold War Hero! by Miguel A. Faria, MD

Is America a staunch friend and ally — or a nation that forgets friends when they are no longer useful?

On a graduate student International Studies website, I recently came across a lengthy debate over that same question, as well as which nation, Russia or the United States, made better friends? Perhaps not surprisingly, it was decided by both the Indian and Pakistani commenters that Russia made a better friend, citing the example of friendly Indian-USSR relations during the cold war and beyond.

The fate of America’s anti-communist friend, Pakistani strongman General Zia, who had been assassinated under mysterious circumstances, was an example noted in the online discussion. It was even speculated that the CIA had a hand in that horrible event, when, in fact, the KGB was the likely culprit.

True, America and the CIA may not be as efficient as Israel and the Mossad, but neither does America forget her friends. I could tell the story of how the CIA did not give up the search for moles that penetrated both the CIA and the FBI in the 1980s and 1990s — traitors like Rick Ames (CIA) and Robert Hanssen (FBI), two moles who sent dozens of courageous Russian double agents to their death. I can supply references for those interested.

But given that the discussion centered on Middle Eastern and Indian politics, I submitted the story of a brave Pakistani, known as Colonel Imam, who worked as a CIA agent for America and was assassinated in the cause of freedom. And how after laborious CIA intelligence and tracking, his assassination was avenged when Colonel Imam’s assassin was obliterated, as if struck by Zeus’s thunderbolt or pierced by Apollo’s celestial arrow. This is an untold story that needs telling, even if briefly so.

Brigadier General Sultan Amir Tarar, better known as Colonel Imam (photo, left), was a former Inter-Services Intelligence (ISI) officer, a loyal subject of his country Pakistan, and a staunch ally of the US during the cold war, as well as a hero of the Afghanistan Mujahideen during the 1980s and 1990s.

Always an anti-communist, a proponent and adherent of cordial relations with the US and the West, Colonel Imam was, like Ahmad Shah Massoud, the Lion of Panjshir, a courageous fighter for freedom and a friend of the US through thick and thin.

In perhaps the best piece of journalism that I have ever read, Declan Walsh, a correspondent for The Guardian, wrote a lengthy investigative story in 2011 about this mysterious but highly respected Pakistani ISI agency officer. Walsh was trying to determine if ISI was still a friend to the US or had succumbed to Islamic fundamentalism and become a cryptic enemy intelligence service. The agency’s loyalty was put in question but, not in my estimation, the career of its former agent Colonel Imam, who was in fact a Brigadier General and Pakistani diplomat.

Walsh had personally interviewed Colonel Imam at his home, and found him to be a friend of America, one of his treasured possessions being a piece of the Berlin Wall given to him by President George H.W. Bush and donated by the CIA as a memento of the cold war, a war that the colonel had helped to bring an end to in Afghanistan. And it was in Afghanistan during the 1980s that the Mujahideen, led by warriors such as Colonel Imam and Ahmad Massoud, the Lion of Panjshir, decisively defeated the Soviets militarily.

In 2011, although still working on and off as a diplomat for Pakistan, Colonel Imam remained involved as a commando-guerilla warfare specialist in the civil war in Afghanistan. In the spring of 2010, Colonel Imam along with an associate in the ISI, a journalist, and their driver were kidnapped by Hakimullah Mehsud (c. 1979−2013), an emir of the militant Taliban of Pakistan and former deputy commander to the elder Baitullah Mehsud. Both Mehsuds were militant leaders of the Islamic group, the Fedayeen al-Islam.

Colonel Imam’s ISI associate was summarily executed, but the Colonel was kept in custody for months, and finally executed in January 2011. His assassins released a horrific video of his execution, which I viewed shortly after reading Walsh’s article. The graphic video has since been edited, but its sanitized version is still available. It showed the Colonel being shot while refusing to sit down, standing tall and defiant. When the Colonel was shot again, he fell but then tried to stand up. When shot what seemed to be the third time, his body remained still. It should be stated that the Afghan Taliban, which included former Mujahideen members, opposed his execution.

America did not forget Colonel Imam. The elder Baitullah Mehsud had already been killed in a 2009 drone attack. Terrorists lost 39 “holy warriors” in that attack. In retaliation for the death of Colonel Imam, the CIA hunted down the younger Hakimullah Mehsud quietly, presumably using both HUMINT and SIGNIT sources. In 2013, Mehsud paid the price and, like the elder Baitullah Mehsud, was blown into oblivion during a CIA drone strike in November 2013.

In 2014, the BBC reported that Asmatullah Shaheen, who had followed the younger Mehsud as head of the Pakistani Taliban, was ambushed, shot and killed, as he drove through a village near Miranshah in North Waziristan in Pakistan. Three aides in the vehicle also died. The BBC further commented, “Since then, there have been a series of attacks in which unidentified gunmen have targeted militants in the tribal areas, puzzling observers about who could be behind them…” Here we can only speculate.

But let’s end with the fact that, regardless of where the enemy might try to hide, America and the CIA, when properly led, possess a very long memory, won’t forget their friends, and will avenge them.

This article was also posted on GOPUSA.com on December 1, 2020.

This article may be cited as: Faria MA. The Good CIA — Avenging a Friend of America and a Cold War Hero! HaciendaPublishing.com, December 3, 2020. Available from: https://haciendapublishing.com/the-good-cia-avenging-a-friend-of-america-and-a-cold-war-hero-by-miguel-a-faria-md/.

1 thought on “The Good CIA — Avenging a Friend of America and a Cold War Hero! by Miguel A. Faria, MD”