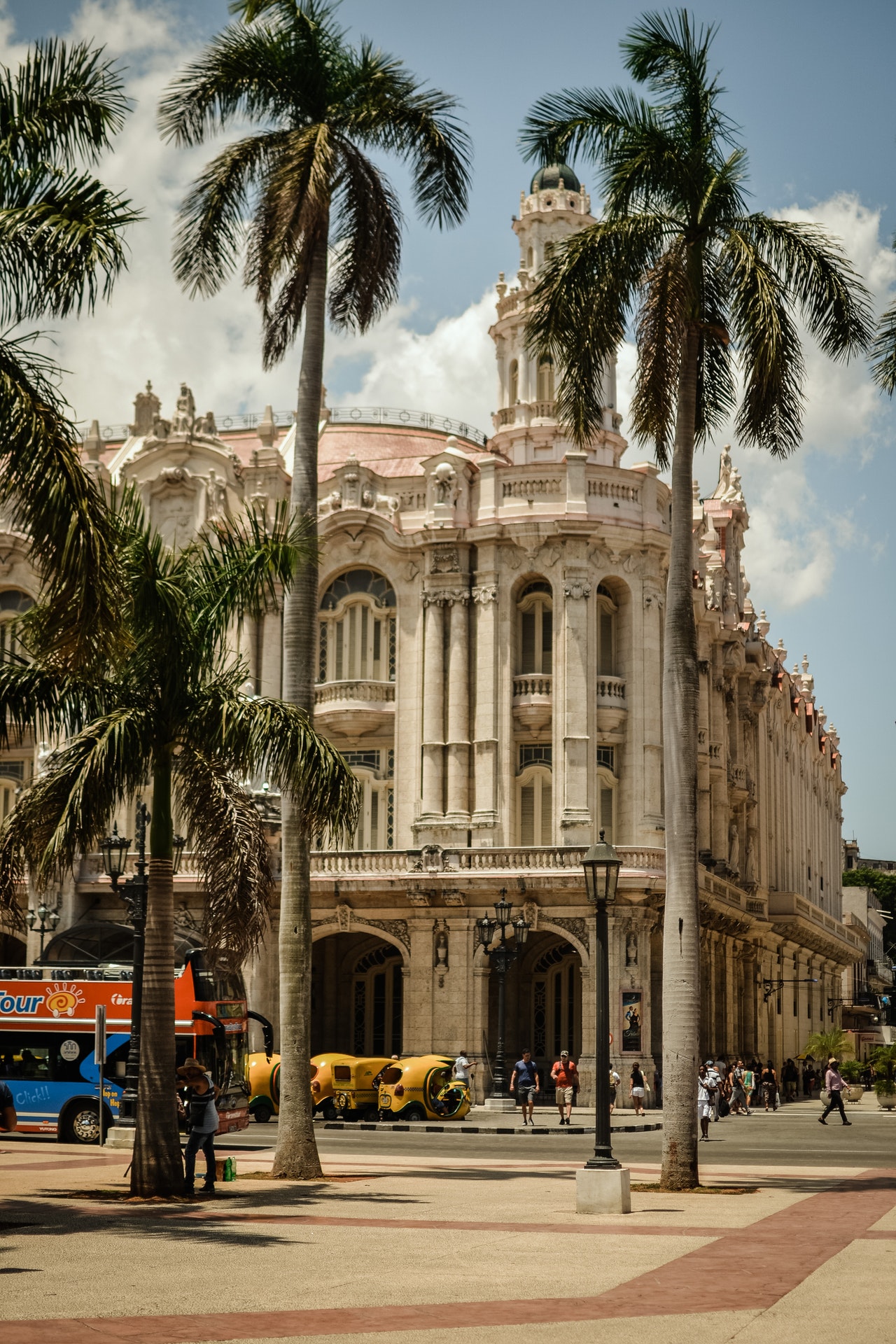 The Fall of Fidel Castro (Part III): The Sequel

In Part II of this article, we discussed the issue of whether the Cuban people would be better off living in a social(ist) democracy or a constitutional republic after the fall (death) of Fidel Castro. We discussed that, in its essence, a democracy reflects the absolute rule of the majority of the people, while a republic prescribes a government of written laws.

Another inherent difference between the two forms of governance is the concept of rights. In a democracy, a government “of the majority of the people,” the populace, can vote or grant entitlements to themselves or to politically favored minorities whenever they want. Wealth redistribution (socialism by any other name) takes place on a whim, and potentially at the expense of productive minorities that may be weak and vulnerable to expediency or to the political correctness of the time. In this regard, the Jews, throughout the ages, have many stories to tell us.

In the various discussions about oppression and tyranny, referable to the totalitarian dictatorship of Fidel Castro, Cuban exiles and even Cuban dissidents within the island frequently refer to the United Nations Charter as an exemplar of pronunciamentoes and protector of human rights. Its not. U.N. rights are a deceptive illusion in theory and practice.

The theory of natural rights will be discussed in this article. As for actual practice, we should say that selective application and enforcement of human rights by the U.N. perverts whatever benefit Cuban political prisoners could derive from empty U.N. human rights declarations.

Ask the living martyr Dr. Oscar Elias Biscet, the principled Vladimiro Roca and José González Bridón, and the courageous Maritza Lugo Fernández, who despite U.N. human right proclamations are still incarcerated in Cuban jails for non-violent opposition to the communist regime. Ask exiled freedom fighters such as Emilio Adolfo Rivero and Luis Zuñiga, who even though they themselves have reached freedom, continue to fight indefatigably for our enslaved brethren in Cuba.

What are these natural rights that I refer to? They are God-given or nature-derived human rights, basic rights that are not government-granted, as in the case of U.N. rights. Natural rights are intrinsic to our humanity and cannot be withdrawn by any government.

The U.N., for example, enumerates a myriad of “rights” in its various charters only to qualify them out of existence in the same document a few sentences later. Take for instance, the 1966 U.N. International Covenants on Civil and Political Rights granting the rights to “freedom of thought, conscience, and religion — subject only to such limitations that are prescribed by law and are necessary.” [Emphasis added.](2)

You see the U.N. is a “democratic,” supranational organization, wherein the institution of government is supreme and paramount over the individual. So, in U.N. documents, rights are granted but then are subject to arbitrary cancellation by the state under the auspices of U.N. authority. Sometimes the cancellation of “rights” occurs in the same paragraph in which the alleged “rights” are granted or in a separate clause that immediately follows the granting of the mentioned “right.”

The same is true for the 1948 U.N. Universal Declaration of Human Rights, which, after enumerating a myriad of “rights and freedoms,” states: “these rights and freedoms may in no case be exercised contrary to the purpose and principles of the UN.”(3) In effect, this qualification nullifies the previous conferred “right” out of existence, at the whim of the leadership (and majority vote) that happens to preside and vote in the U.N. at the moment!

There is not one U.N.-granted “right” that is inalienable or inviolable. Remember: What government grants, it can also take away.

Instead, consider the First Amendment to the U.S. Bill of Rights that states: “Congress shall make no law respecting an establishment of religion, or prohibiting the free exercise thereof; or abridging the freedom of speech, or of the press; or the right of the people peaceably to assemble, and to petition the Government for the redress of grievances.”

The Cuban Constitution of 1976 is derived from an old Stalinist Soviet document (circa 1936) and, like the U.N. Charter of Rights, grants citizens rights that are illusory and, frankly, not worth the paper they are written on. In reference to that communist constitution, the legal scholar, Alberto Luzarraga, writes, “the monstrous shyster Fidel Castro used that constitution, not to limit his power but to limit liberty.”(4)

So like the U.N. Charters, the Cuban Constitution of 1976 states in Article 52(1): “The State recognizes that citizens have the rights of freedom of speech and of the press, as long as these conform with the ends of the socialist society.” [Emphasis added.]

Furthermore, the individual is subservient to the collectivist state, “the material conditions for the exercise of those rights extended through the press, radio, television, movies and other media of mass diffusion are the property of the State, society and they cannot be subject to private ownership, to assure their use is exclusive to the interest of the working people and the interest of society.” As if those qualifications were not enough, the second clause of that article adds: “the law regulates the exercise of those liberties.”(5)

Article 54 makes allusions to freedom of association and conscience, but these activities, including activities of religious institutions, are “subject to regulation by the laws of the State.” Likewise, Article 55 of the Cuban constitution states that “the home is inviolable”; but then it adds, “except for cases prescribed by law.”(5)

Article 61 states, “None of the liberties recognized by the constitution to citizens may be exercised against the constitution and the laws and the existence and the ends of the socialist State or against the decisions of the Cuban people [democracy] in building socialism or communism. The infraction of this principle is punishable.” I dont think an explanation here is necessary. Again, you get my drift.

The supreme function of government in a republic, according to our Western concept of constitutional polity, is to guarantee citizens the natural rights of the individual and, at the same time, to define and limit the power of government. Natural rights are basic, individual human rights — namely, the rights to life, liberty, acquisition of property, and the pursuit of happiness, which are conferred in the United States Declaration of Independence and in the U.S. Constitution.

These individual rights are derived from the laws of nature and a gift from natures God, and thus, they cannot be taken away arbitrarily by the state. That is why the First Amendment to the U.S. Constitution states that “Congress shall make no law” regarding those natural rights; in contrast to U.N.-granted “rights” or, more apropos here, to the “rights” granted by Fidel Castro to Cuban citizens under the communist Cuban Constitution of 1976.

Incidentally, the deceptive and illusory protection of human rights in the Cuban Constitution is not unlike the protection afforded today to most citizens by the vast majority of the constitutions of most nations of the world. The U.S. and Switzerland are today the most visible, and remaining, exceptions to most of the other constitutions of the world, either among the many European social democracies or the “Peoples Republics” of Asia and elsewhere.

The Theory of Natural Rights and the Concept of the Law

The Western concept of natural rights originated with the Twelve Tablets of the ancient Roman republic in the 6th century B.C. It was lost through the ages until it re-emerged powerfully in English history, and in a different form, with the Petition of Rights and the signing of the Magna Carta by King John in 1215.

Once again, it lay dormant until the advent of the English Civil War during the 17th century of genius and the subsequent Enlightenment in the 18th century. It was resurrected by such champions of individual liberty as Sir Edward Coke (1552-1634), John Locke (1632-1704), and Sir William Blackstone (1723-80).

Locke held that all men were equal and free to pursue “life, health, liberty and possessions.” The government of a state was formed by a contract engaged with the citizens it lawfully governed and which, necessarily, had to be guided by justice inherent to natural law. Limited government with the consent of the governed guaranteed that inalienable natural rights belonged to all citizens and could not be trampled upon by the monopolistic tendency of government to usurp power.

The English statesmen also argued that private property rights fell within the purview of, and were inherent to, political rights. Sir Edward Coke, for example, wrote that a man’s home was his castle that not even the king could enter without his consent. And John Locke held that: “Every man has a property in his own person. This nobody has any right to but he himself. The labor of his body and the work of his hands are properly his.”(6)

Americas greatest statesman and third U.S. president, Thomas Jefferson (1743-1826), borrowed ideas from, expounded upon, and was indebted to his British predecessors, particularly John Locke, for his own exposition of the concept of natural rights, which he used in drafting the political document par excellence, the U.S. Declaration of Independence, in which Jefferson wrote:

“We hold these truths to be self-evident, that all men are created equal, that they are endowed by their Creator with certain unalienable Rights, that among these, are Life, Liberty and the pursuit of Happiness. That, to secure these rights, Governments are instituted among men, deriving their just Powers from the consent of the governed.

This is an appropriate ending for Part III of this article. What better way to end than with the words of Thomas Jefferson, who wrote the first draft of the natural rights document par excellence, the Declaration of Independence! In Part IV of this article, we will expound on this theme and place the Cuban Constitution of 1940 in perspective within this context, completing our tetralogy.

Miguel A. Faria Jr., M.D., is editor-in-chief of the Medical Sentinel of the Association of American Physicians and Surgeons (AAPS), author of “Vandals at the Gates of Medicine” (1995) and “Medical Warrior: Fighting Corporate Socialized Medicine” (1997), and a contributor to NewsMax.com and a columnist for LaNuevaCuba.com. He is working on a book about Cuba that will be released in the fall 2001. Web site: https://HaciendaPublishing.com.

This article may be cited as: Faria MA. The Fall of Fidel Castro (Part III): The Sequel. NewsMax.com, July 17, 2001. Available from: https://haciendapublishing.com/the-fall-of-fidel-castro-part-iii-the-sequel/.