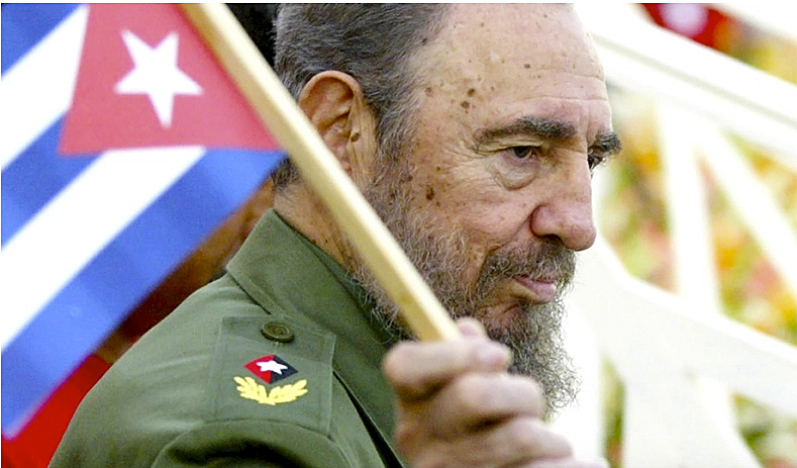 The Cuban Samizdat: Can It Be Stopped?

Cuban dictator Fidel Castro does not want what happened in the Soviet Union and its former satellites in the years 1989-1991 to take place in Stalinist Cuba in the 21st century. Following the lead of what happened in the USSR, the enslaved people of the Eastern bloc-Warsaw Pact nations threw off the yoke of tyranny and their communist governments toppled one after the other. The onslaught of freedom could not be stopped. The free, unimpeded flow of information was behind this global coup. The aging dictator fears the same might happen in the Caribbean island, that the long-suffering Cuban people learn there is life after communism, and that there is a world out there where people are truly free.

The commander in chief watched helplessly and painfully the tumbling of the Berlin Wall in 1989 and the disintegration of the Soviet Empire in 1991. The communist world collapsed because of the massive flow of information that came with glasnost and the political “reforms” that followed with perestroika. Communism is not dead, but it suffered a catastrophic setback at the hands of freedom. If socialism continues to gain ground, particularly in our own nation, it is only because it thrives in deceit and ignorance supported by the obfuscations emanating from the ivory towers of academia. The forces of darkness fear the rays of light and unfiltered information shining in the nooks and crevices of tyranny.

According to Marcelo Fernández-Zayas, who files an Intelligence Report from Washington (Jan.11, 2001), the U.S. provides Internet services to Cuba. “In an apparent violation of the Helms-Burton Act, there is a commercial agreement between the Cuban government and the American corporation, Global One of Reston, Virginia.” These secret negotiations, according to the report, took place at the time of the Elián González saga, “an agreement that appears to bring Cuba into the Internet era.”

Be that as it may, Castro understands the danger that freedom of the press, particularly the Internet, poses to his entrenched dictatorship and recognizes the importance of controlling the media and the flow of information. He knows the value of imposing censorship for the maintenance of power. The Maximum Leader learned this well in the 1950s and his years in the Sierra Maestra when he manipulated adroitly both the American and Cuban press. In fact, Castro and his propagandists used a free press under the Batista regime as well as Cuba’s six television networks, 58 daily newspapers, and over 250 radio stations, which were all privately owned, for his ascendancy to power. After he assumed the reigns of government in 1959, all these media outlets were nationalized. Most were shut down and the few that remained became State-owned, Castro’s voice.

Thus, today, the Maximum Leader looks with considerable trepidation at the prospect of badly needing Internet technology, digital telephones, computers, and wireless media to attract the foreign investment that is required to keep his dictatorship afloat. Expediency has forced the Cuban government to contract with foreign “entrepreneurs” to design Web pages to market Castro’s island fiefdom for foreign tourism. Even Cuban health care, that great mythical achievement of the Revolution, is being advertised and vaunted to attract foreign patients who can pay for medical care with cash. (Captive Cubans need not apply, for they are treated with socialized medicine, which recently has been pushing herbs and other natural, cheaper concoctions.) Web pages, of course, are used for disseminating political propaganda and hyping the gains of the Revolution.

Internet technology may seem like a double-edged sword, but it is actually more like the sword of Damocles hanging dangerously over the head of the communist leadership. And yet, there is still the question that even if the Internet does not become a serious threat to the regime, will it ultimately reap the expected benefits for the ruling Cuban nomenklatura? As reported in the Washington Post (December 26, 2000), “whether a liberalization of government Internet policy will accompany the new investment remains to be seen.”

But Castro is taking no chances. While the communist government with its fledgling tourism industry needs Internet access, prohibitions against private, home Internet use and access remain firmly in place. The Cuban government will carefully balance its needs with its concerns by closely monitoring Internet connections on the island to ensure that the State maintains a monopoly on the source and flow of information. While promoting Internet use for its own purposes, the government will try to keep the lid on information available to the populace, so that freedom does not subvert the hapless, enslaved populace ­ a daunting task.

As with Cuban communist policy, Internet use is already restricted to the communist elite (i.e., government propagandists, like the writers unions, and the up and coming, new generation of communist, Cuban princelings), and those with access to dollars. A single hour of authorized Internet use, though, may cost a Cuban two weeks’ wages (i.e., $5.00 per hour after waiting in line for his turn). Even this limited access to State-owned computers is filtered so that only selected Web sites can be accessed.

But, can the dictator continue to keep the genie in the bottle? In the days preceding Christmas 2000, Castro severed telephone communications between the United States and the island. And only a few days before that dissidents ­ including members of the November 30th democratic movement, who had tried to participate in religious services, and members of the Cuban Democratic Revolutionary Directorate, who advocated an end to the censorship on books in the island ­ were rounded up and incarcerated.

Despite the restrictions on Internet use, Cuban informaticos and clandestine web surfers are using government-authorized passwords (obtained through their tourism related jobs) to log onto the Internet from home and savor the new, forbidden fruit of knowledge available in cyberspace. Sooner or later, they too will be crushed by the island’s DGI, the Cuban version of George Orwell’s Thought Police.

Although, we have been fooled before, we remain hopeful that the final days of Cuban tyranny are near and fast approaching. As the great Roman Stoic philosopher, Seneca, once exclaimed, “Injustice does not last forever,” and neither will Fidel Castro.

This column originally appeared in La Nueva Cuba. Miguel A. Faria Jr., M.D., is editor in chief of Medical Sentinel of the Association of American Physicians and Surgeons (AAPS), author of “Vandals at the Gates of Medicine” (1995) and “Medical Warrior: Fighting Corporate Socialized Medicine” (1997), and a frequent contributor to NewsMax.com. He is working on a book about Cuba. Web site: https://HaciendaPublishing.com.