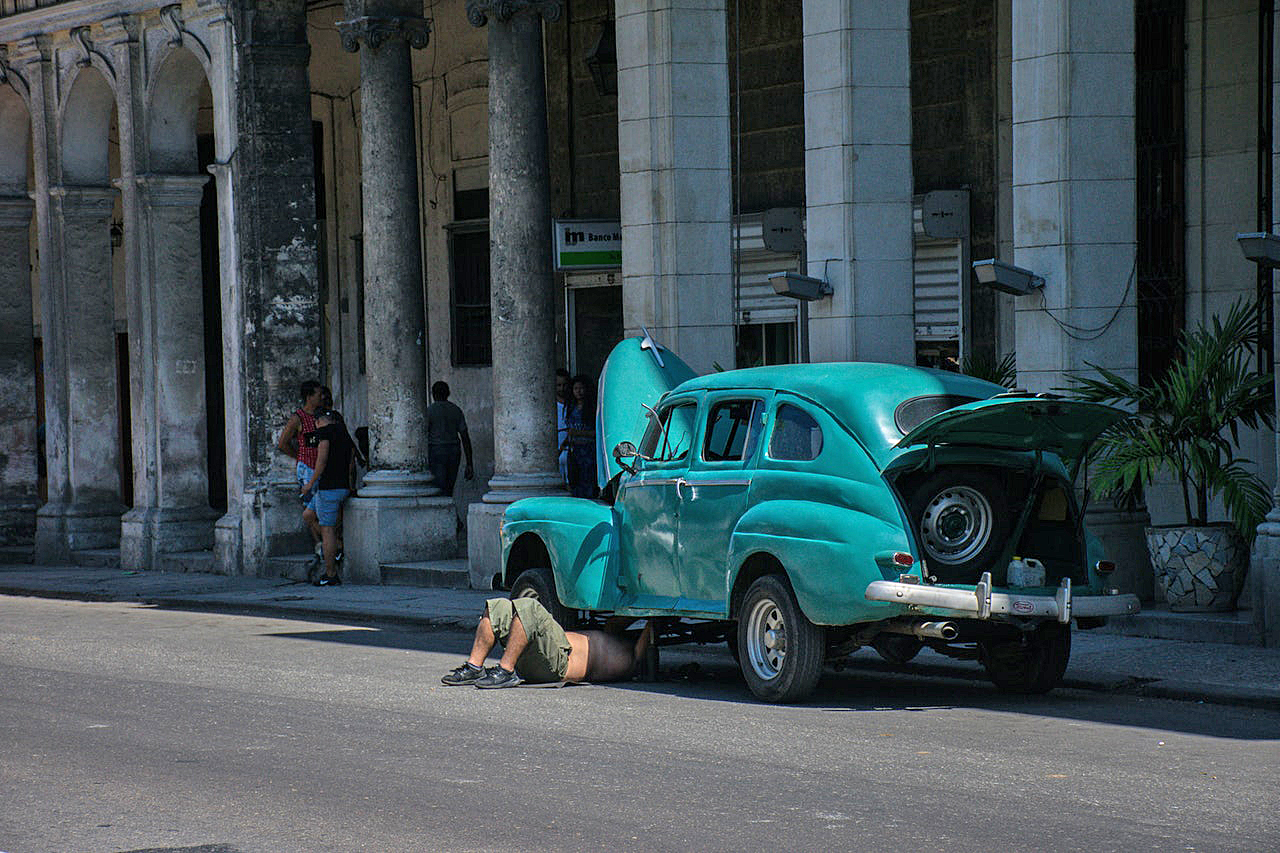 Reps. Charles Rangel and Marcy Kaptur, both Democrats from New York, reportedly traveled to Cuba looking for “future business and agriculture trade possibilities.” Now former President Jimmy Carter has announced that he will travel to communist Cuba in May 2002.

As a concerned American and fellow Georgian, I hope his visit to fascist Cuba and his conversation with the Maximum Leader, Fidel Castro, brings some respite to the long-suffering Cuban people.

While he is there, he should keep his eyes open. He should get away from Castro, rent himself a taxi and see for himself the real, dire situation in Cuba, rather than wearing the rose-colored glasses provided.

He should make a point to visit black Cuban physician Oscar Elias Biscet at Cuba’s prison in Holguin. Amnesty International has pronounced Dr. Biscet a prisoner of conscience because he has called for the free exercise of human rights in Cuba.

More recently, Dr. Biscet has demanded freedom for all political prisoners in the Cuban gulags. He has been tortured. He has been denied medical attention in the much-touted Cuban health care system. He has been kept in solitary confinement. His wife and human rights groups have been denied visits.

Dr. Biscet’s wife, Elsa Morejon, in a rare visit, found he had lost 20 pounds and several teeth due to an untreated gum infection and malnutrition.

Rather than succumbing to torture and unspeakable deprivation, Dr. Biscet has remained firm and steadfast, prepared to die for his beliefs.

President Carter should get a physician to examine Dr. Biscet and the dozens of other prisoners also suffering in Cuba’s dungeons without medical care.

In the name of compassion, President Carter and his entourage should insist on visiting Jorge Luis Garcia Perez (Antunez), who has been incarcerated and near death several times at Nieves Morejon prison on the Carretera Central.

While he is on the island, he should look up the intrepid journalist Maria del Carmen Carro, who has been imprisoned for trying to get the truth out about the hell Cuba has become, particularly for dissidents.

Ditto for Martha Beatriz Roque, who continues to be persecuted for her nonviolent opposition to the regime. President Carter should demand that the Maximum Leader release them, as well as the hundreds of forgotten political prisoners languishing in communist jails ­ for example, Vladimiro Roca; the asthmatic Juan Carlos Balãn Céspedes; Nestor Rodriguez Lobaina, who was recently beaten by prison guards; and José Orlando Gonzalez Bridon, leader of the workers’ movement. The list could go on and on.

Second, can Carter bring relief also to the rest of the hapless Cuban population? How about ending Cuban apartheid? He should insist in the name of human rights that all Cubans be allowed to enter all hotels, restaurants, diplotiendas (dollar) stores, beaches, hospitals and clinics that have been set aside for foreigners with dollars.

Except for the beaches in high social circles, there was nothing like this during the Batista days.

Third, Carter should help end indentured servitude and slavery. Foreign companies in the tourism industry pay Castro up to $1,000 per month for each Cuban worker they hire. Castro turns around and pays the hapless Cuban worker $10 per month (120 pesos)!

He keeps the rest and is now one of the richest men in the world (worth $1.4 billion, according to Forbes magazine). This exploitation of the Cuban people in collusion with foreign investors is worse than anything before 1959.

Miguel A. Faria Jr., M.D., is editor in chief of the Medical Sentinel of the Association of American Physicians and Surgeons and author of the recently released book Cuba in Revolution:­ Escape From a Lost Paradise.

This article was originally printed in The Macon (Ga.) Telegraph, April 27, 2002.