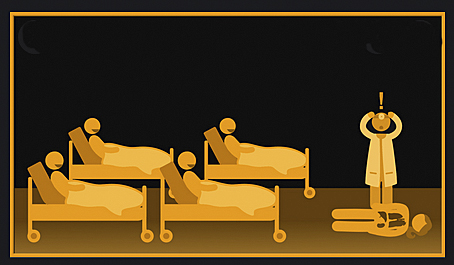 Utilitarianism and the perversion of the ethics of Hippocrates

In their guidelines for resolving conflict in cases of non-beneficial or futile medical treatment, the San Francisco Bay Area Network of Ethics Committee continues the disturbing trend of medicine moving toward collectivism and the ethics of distributive justice.(1,2)

According to the tradition and ethics of Hippocrates that have served the profession well for 2500 years, physicians recognize that the interest of the patient is paramount. They, therefore, reject the so-called rational allocation of scarce and finite resources. Physicians who follow the ethics of Hippocrates place the interest of the individual patient above that of the collective, be that third-party payers, health care networks, or the “greater good” of society.(2) To do otherwise becomes the first step down the slippery slope of euthanasia—rationing by death.

Before the Nazis came to power in Germany, the Weimar Republic (a social democracy) paved the way for rational utilitarian ethics of the allocation of resources. As early as 1931, German physicians openly held discussions about the sterilization of “undesirables” and euthanasia of the chronically mentally ill. Hitler issued his first order for euthanasia in Germany on September 1, 1939. Organizations were set up for “health” programs under deceptively euphemistic terms. And so, before the Holocaust was officially implemented, 275,000 German citizens (non-Jews or Gypsies) were put to death.

Under the conflict resolution guidelines: “Non-beneficial treatment is any treatment that, in the best judgment of medical professionals, produces effects that cannot reasonably be expected to be experienced by the patient as beneficial, or to accomplish the patient’s expressed and recognized medical goals.”(1) Under non-beneficial treatment, the group writes: “Provision of indeterminate, long-term treatment to a patient who has no realistic chance of surviving outside an acute care hospital intensive care unit.”(1)

Dr. Leo Alexander, a psychiatrist and Chief US Medical Consultant at the Nuremberg war crimes trials, wrote: “If only those whose treatment is worthwhile in terms of prognosis are to be treated, what about the other ones? The doubtful patients are the ones whose recovery appears unlikely, but frequently if treated energetically, they surprise the best prognosticators.”(3,4)

Physicians must be careful not to be used by social engineers as instruments to carry out a collectivist social agenda for rationing resources and deciding who lives and who dies. Although the concept of medical futility is indeed as old as Hippocrates, it was rejected then in favor of the moral tenor of “First do no harm,” and it should be rejected now. To do otherwise would be to reject Dr. Alexander’s admonition that “from small beginnings the values of an entire society may be subverted.”

This letter to the editor was originally published in The Western Journal of Medicine; and may be cited as: Faria MA. Utilitarianism and the perversion of the ethics of Hippocrates. West J Med. 2000 April; 172(4): 224–225. Available from: https://haciendapublishing.com/utilitarianism-and-the-perversion-of-the-ethics-of-hippocrates/.