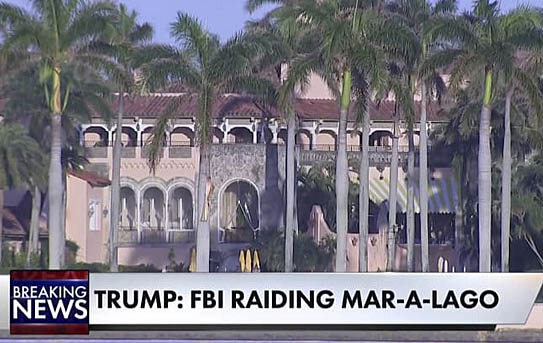 This week, Democrats just passed a massive expansion of government that will grow government, increase inflation, raise taxes, and unleash 87,000 Internal Revenue Service (IRS) agents on Americans. Even though Democrats have the slimmest of margins in Congress, and do not have a political mandate, they passed another piece of their radical agenda.

When Republicans controlled the White House and Congress during the first two years of the Trump administration, they were unable to dismantle the Affordable Care Act or build a border wall. Even though President Donald Trump tried mightily, these major agenda items were not fulfilled.

While a tax cut was passed and the President did succeed individually in achieving a remarkable legacy, his Republican colleagues provided little support.

When Democrats took back the U.S. House of Representatives in January of 2019, they impeached the President twice for preposterous reasons. It set the stage for the utter horror they have unleashed on the nation since taking control of the entire government in January 2021.

They have destroyed the economy, unleashing historic gas prices and inflation. By destroying border security, a torrent of drugs flowed into our country resulting in historic overdose deaths. Their soft on crime policies are destroying our cities and their insidious “woke” agenda is devastating our universities, public schools, and military.

Despite near monolithic power in our government, media, special interests, Hollywood and corporate America, Democrats are still suffering from “Trump Derangement Syndrome.” They cannot forgive Trump for winning the presidency in 2016 and planning to run in 2024.

Therefore, the plan to annihilate Trump and his supporters has been unleashed. It is on display with the corrupt January 6th committee, which is a one-sided probe into the protests on that day. Instead of trying to determine why two Trump supporters were killed on January 6, 2021, the committee is intent on pinning the blame for the “insurrection” on Donald Trump.

Almost 900 January 6th protesters have been charged with crimes, while dozens of these “rioters” have either received jail time or are languishing in prison, some being denied basic due process rights.

While these Trump supporters have been treated like terrorists, individuals violating the law by protesting outside the home of Supreme Court justices have not been arrested by the Federal Bureau of Investigation (FBI). This same sort of indifference was shown toward the Antifa and Black Lives Matter protesters who committed acts of violence in 574 riots in the aftermath of the death of George Floyd in 2020.

For too long, Republican politicians acted with politeness while being steamrolled by cutthroat Democrats who will do anything to achieve their goals. After suffering a series of stinging defeats in Congress and having their party’s top leader and his associates abused by a biased FBI, it is time for Republicans to fight like Democrats.

The last straw for any Republican should be the unconstitutional and unprecedented raid of President Trump’s Mar-a-Lago, Florida home by dozens of FBI agents early last Monday morning. Trump received the same treatment as many of the January 6th protesters, his former campaign manager Paul Manafort, his friend Roger Stone, and his attorney Rudy Giuliani.

The raid occurred weeks after his former top adviser, Peter Navarro, was handcuffed, placed in leg irons, strip searched and thrown in the same jail cell as John Hinckley, the attempted assassin of President Ronald Reagan. His crime was “contempt of congress,” for failing to testify in a House committee meeting. Of course, nothing was done to former IRS official Lois Lerner and Obama Attorney General Eric Holder when they also refused to testify in Congress.

While President Trump has been abused since he descended from the escalator in 2015 to announce his campaign, Hillary Clinton was given a pass for her involvement in Uranium One deals with Russia, her foundation’s suspicious donations, her activities setting up Trump with a phony dossier compiled by British spy Christopher Steele and her destruction of 33,000 emails, including top secret and classified communications. Of course, her home was not raided, and her associates were given immunity, not imprisoned by FBI agents.

Another lucky Democrat is “First Son” Hunter Biden. On his “Laptop from Hell,” Hunter commits a variety of crimes like using crack cocaine and employing prostitutes. His corrupt business deals are outlined on that laptop, as well as the role of President Joe Biden, “the Big Guy.”

His home was not raided and the whereabouts of his scandalous laptop, supposedly in the possession of the FBI for three years, was not confirmed in recent testimony by FBI Director Christopher Wray, who refused to give an update on the investigation.

While the FBI has allowed Hunter Biden three years to enjoy vacations with his father, it acted quickly to raid Mar-a-Lago. It is odd, considering that President Trump was cooperating with FBI agents when they visited his home in June to investigate these disputed documents.

According to Trump, he would have given them whatever documents they wanted without the need for a morning raid. However, for the FBI, the search was beneficial because agents roamed Trump’s home for ten hours, without his attorneys present. Eventually, they removed materials from a variety of rooms and even inspected Melania Trump’s closet.

These tactics are not in keeping with American history, but reminiscent of third world countries, where dictators suppress political opposition by authoritarian government tactics. No wonder, many have referred to our country as a “banana republic” after this shocking raid.

In response to this action, leading Republicans have been calling for patience to allow the process to continue. Others, such as Senate Minority Leader Mitch McConnell (R-KY), seem to be uninterested.

Instead of apathy, congressional Republicans should be as outraged as their party’s base. A new poll shows that 57% support Trump as the 2024 presidential nominee. It is time for GOP leaders to stop acting like patsies and fight for their principles, their President, and their millions of faithful supporters.