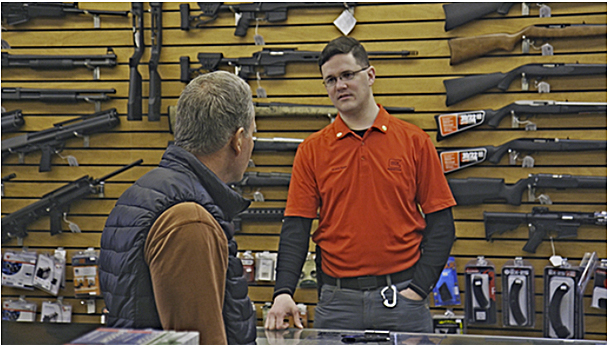 Registering Our Guns Is Threat to Freedom

Dennis Farney’s “Why Two Doctors Still Value Their Guns, Knowing the Toll” (page one, Dec. 13) was a poignant piece of reporting. The shooting tragedy notwithstanding, Drs. Kelly and Borkon, represent the naivete of many Americans who still believe the Second Amendment is about hunting. It’s not. It’s about the right to protect yourself and your family, and even more importantly — preserving freedom.

While these doctors are NRA members and avid hunters, they want to have their cake and eat it too. Dr. Borkon wrote the NRA in protestation for holding its scheduled Denver convention. Dr. Kelly is not “bothered by gun registration” and “doesn’t see the need for semi-automatic assault rifles.”

The Bill of Rights, including the Second Amendment, was added to the Constitution to limit the power of leviathan government, which the Founding Fathers believed had a monopolistic tendency to wrest power away from individual citizens. James Madison wrote that the advantage Americans have over every other nation is that they are armed. And George Mason wrote, “To disarm the people is the best most effectual way to enslave them. . . .” The problem with registration is that it leads down the slippery slope of confiscation.

As a neurosurgeon who has treated many gunshot victims in the middle of the night, I decry violence in our society. And yet we must be aware of the lessons of history. In my own experience, as a 13-year-old who escaped from Communist Cuba, one harsh memory that remains indelibly etched in my mind is the Cuban lesson of gun control: Before 1958, dictator Fulgencio Batista had all citizens register their firearms. After the revolution, Raul and Fidel Castro had their Communist thugs go door to door and, using the registration lists, confiscated all firearms, disarming all citizens. When Cubans lost their guns, they also lost their freedom.

Miguel A. Faria Jr., M.D.
Editor-in-Chief
Medical Sentinel of the Association of American Physicians and Surgeons