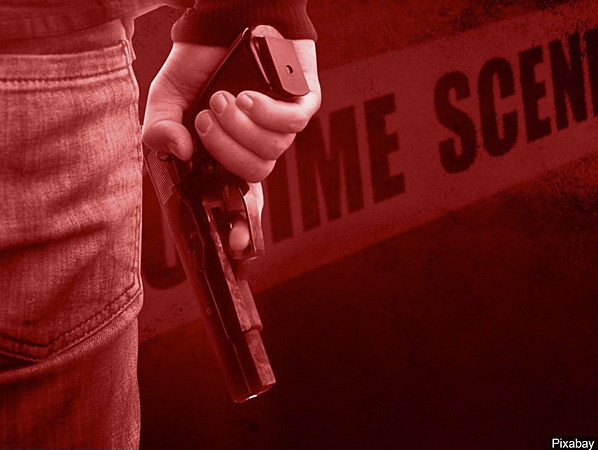 On ‘constructive criticism’ of gun violence — a GOPUSA dialogue by Miguel A. Faria, MD

In the wake of the terrible Parkland, Florida, high school shooting on Valentine’s Day, a GOPUSA.com reader/commenter issued a challenge to me not just to criticize but also to provide “constructive criticism” regarding gun violence. He was responding to my article published the day before the tragic incident.

Some of the queries have validity and to make sure we are plainly understood, I will quote verbatim each of the four statements before I answer them.

The reader wrote, “FYI, this is my third search result Google shows for “gun violence CDC.”  Although I’m not sure of the purpose of informing me of his searches — most of which lead to mainstream liberal media articles lamenting the Congressional ban on the CDC gun research — I will try to comment. The gun studies commissioned and funded by the CDC through at least the 1980s and 1990s were biased, politicized and conducted as to reach preordained conclusions. The researchers brought the restrictions upon themselves for their shoddy gun research. I have expressed my views at length on the subject elsewhere. I also testified formally to a congressional committee investigating the issue in 1996, as pointed out in the linked article.

Next the commenter supplied me with an additional quotation related to my article — not from public health researchers but from medical editors who share their views: “FYI, here is a more recent quote than those cited: “the key to reducing firearm deaths in the United States is to understand and reduce exposure to the cause, just like in any epidemic, and in this case that is guns,” by “We, as editors of the journals in the JAMA Network,” November 14, 2017, ‘Death by Gun Violence—A Public Health Crisis.’ ”

Indeed. As I’ve explained elsewhere, and as my readers already know, the same JAMA editors declined to publish a letter to the editor I submitted with a stern rebuttal to their misleading and poorly informed editorial. As if that was not enough, the editors of the British medical journal, The Lancet, also made misleading claims of their own and in another instance of censorship refused to publish my rebuttal. Censorship of opposing views is the norm in the leading American and British medical journals.

The commenter went on: “While I agree that guns are not the causative factor in violence [emphasis added], I urge all to not be smug about that, especially in light of yet another tragic school shooting that just occurred.”

This is a statement with which I can agree. In fact I’ve done more than write or speak on the subject. As a neurosurgeon who spent innumerable hours in the middle of the night treating victims of automobile accidents, serious assaults resulting in blunt head trauma, knife wounds, as well as gunshot wounds, I deplore violence of all types, and my heart goes out to the victims. Yet, we must have the moral courage to find viable solutions that preserve life and limb — as well as liberty. The exploitation of tragedies for political agendas is not in the best interest of the public and is a subversion of science and medicine by the public health establishment as well as medical journal editors.

This was a loaded question/statement to which I need to respond at some length. The fact is that as far as the AMA Code of Ethics, it is a meaningless proposition for most physicians. The commenter most not be aware the AMA has become so politicized that in the last three or four decades its membership has decreased from 75% of American physicians in the 1960s to only 15% of American physicians a few years ago, and may be even lower today. The AMA no longer represents the average physician, and pronouncements are ignored by most practicing physicians and most other doctors’ organizations. The AMA no longer speaks for the majority of physicians either in politics or ethics.

And yet I practiced medicine according to the medical ethics of Hippocrates, and I’ve practiced a better and less politicized variant of Opinion [my emphasis] 8.10 in my own professional life, as well as medical editor, researcher and medical writer. For example, I have advocated the need for reforms in the mental health and criminal justice systems, and pleaded for the avoidance of sensationalized media reporting. Specifically as far as school shootings, I have suggested allowing teachers to undergo firearm training and gun safety instruction for concealed carry defensive weapons in schools. Those schools in which no such teacher volunteers are available should consider having police officers protect the schools.

As of the 2015-2016 school year, overall only 42 percent of public schools have a sworn law enforcement officer responsible for school security or crime prevention in the United States, and this is further reduced to only 24 percent for schools with less than 300 students. So it is not surprising that 81% of police officers support arming teachers as a means to prevent or stop school shootings. They know that 98% of mass shootings occur in gun free zones (GFZ), such as schools and churches, where not even citizens with concealed carry permit holders are allowed to carry firearms. GFZ, where only mass killers are armed, are therefore prime areas for shooting rampages by deranged gunmen.

Finally, without the need to turn our society into a police state, where neighbors become police informants, such as in communist Cuba with the notorious Committees for the Defense of the Revolution (CDRs), family and neighbors need to be aware of unstable and violent individuals who pose a danger to others. And teachers and students should report bullies and kids who have made threats of violence to others. Those not responsive to counseling should undergo a mental health evaluation, therapy, and if necessary long-term treatment and institutionalization. Our greatest challenge should be identifying those who are prone to violence before they strike. Toward this end, psychosocial and criminological research should be paramount, along with reducing expectations of what individuals are entitled to from society.

This article may be cited as: Faria MA. On ‘constructive criticism’ of gun violence. HaciendaPublishing.com, February 23, 2018. Available from: https://haciendapublishing.com/on-constructive-criticism-of-gun-violence–a-gopusa-dialogue-by-miguel-a-faria-md