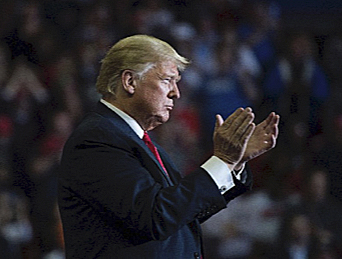 No blue wave! by Miguel A. Faria, MD

Media elitism and bias persist. Much was said about upper class and well-educated suburban women turning to the Democrat Party. CBS was quick to give the victory to Democrats even when less than 50% of votes were counted, but not so for Republicans. While Republicans like Heller were quick to concede when losing by significant numbers, the Democrats such as gubernatorial candidates Stacy Abrams in Georgia and Marxist Democrat Andrew Gillum in Florida, refused to concede even when losing by significant margins, and the media of course complied by not submitting to the vote count.

True, the House flipped sides but not as much as expected by the pundits. So far the Democrats have gone from 195 to 233, gaining 38 seats. Republicans are down from 240 to 200. This is essentially an average loss of seats, not unusual for the president’s party during midterm elections, not a “blue wave.” There were still three undecided seats. In contrast, consider that in 2010 during Obama’s first midterm election, the U.S. Senate went from 57 to 51 Democrats and the House from 256 to 193. The Democrats not only lost control of the U.S. House of Representatives by losing 63 seats but also by losing 6 Senate seats only retained control of the Senate by one vote. As if that was not enough, in 2014 during Obama’s second midterm election, the Democrats lost another 9 Senate seats going from 53 to 44 and in the House lost another 13 seats reduced from 201 to 188. Those were true “red tides,” although they were not so proclaimed by the media then or now!

Suffice to say, Trump lost one house of Congress, but only one president in recent times has experienced an entire term with his party controlling Congress. That was Jimmy Carter and his administration turned out to be a disaster despite his overwhelming Congressional support!

Returning to the 2018 midterm election, consider the gubernatorial results: The Democrats may have picked up 7 seats but Republicans preserved their comfortable majority — 27 to 23 seats.

It is a great victory for Trump, regardless of the liberal media spin, including the progressive, globalist BBC. Officially the Republicans not only retained the U.S. Senate but flipped and gained several seats and losing only one in Nevada, where Republican Senator Dean Heller lost to Democrat Senator-elect Jacky Rosen.

But the big story, as of yet untold by the mainstream media and the BBC: All the previously categorized “toss ups,” contested and still “undecided” seats during the night November 6-7 in the Senate are projected to be won by Republicans, who could end up extending their net gains 2 to 3 seats:

Other than in Nevada, only West Virginia Democrat Joe Manchin, who voted for the Kavanaugh confirmation, defeated Republican Patrick Morrisey — 50% to 46% without dispute. The Democrats retained this seat.

Mississippi: Republican Roger Wicker defeated Democrat David Baria — 60% to 40%. The other seat in Mississippi goes to a run off election because of three candidates, 2 Republicans and one Democrat, contending in the midterm election. The GOP will very likely retain this seat too.

Arizona: After a week of a see saw contest, Republican Martha McSally lost to Democrat Kyrsten Sinema 48% to 49% of the votes.

Montana: Democrat Jon Tester is projected to beat Republican Matt Rosendale — 49% to 48% (84% precincts), a certain Democrat pick up. At this point I would like to mention the fact that third parties have been spoilers for both Democrats and Republicans. In Montana, the Libertarian candidate siphoned 3% of the GOP vote and facilitated the victory of Senator Tester. In Indiana, the Libertarian Party took 4% of the vote, but the solid victory of Senator-elect Mike Braun did not require those votes. In Arizona, the Green Party, it must be admitted, garnered 2% from the Democratic vote facilitating a possible Republican win by Republican Martha McSally. This race remains undecided.

Final projected tally at the very least: Republicans 53 (+3); Democrat 47 (-3) by my count. Exactly what I had predicted a week before the election. By 10:00 AM, November 9, the media has not yet decided on Arizona, but the next day McSally had lost and conceded in a very conciliatory tone. One seat in Mississippi will go to a run off but in the end likely will go to the GOP. As I said, October 19, 2018:

For a minimum “blue wave” to take place [as dictated by the conventional wisdom of the pundits], the Democrats needed to add two Senate seats (as to make 51) and take 24 new House seats for control in both chambers. Political scientist Larry Sabato of the University of Virginia, who asserted that “the blue wave will take place and the only question is how big it will be,” has a good chance of ending with egg on his face, again!

There was no blue wave because of the Senate victory. We can still say that Sabato, like many other “objective” pundits, ended up with egg on his face again, and the forced smiles at CBS the night of the election confirmed that it was so!

This article may be cited as: Faria MA. No blue wave! HaciendaPublishing.com, November 9, 2018. Revised November 21, 2018. Available from: https://haciendapublishing.com/no-blue-wave-by-miguel-a-faria-md/

Share on facebook
Share on twitter
Share on linkedin
Share on email
PrevAre the Democrats and Hollywood celebrities or Trump responsible for the country’s climate of divisiveness and political violence? by Miguel A. Faria, MD
Despite Golitsyn’s warnings, Soviet and KGB mentality still prevail in Russia by Russell L. Blaylock, MDNext