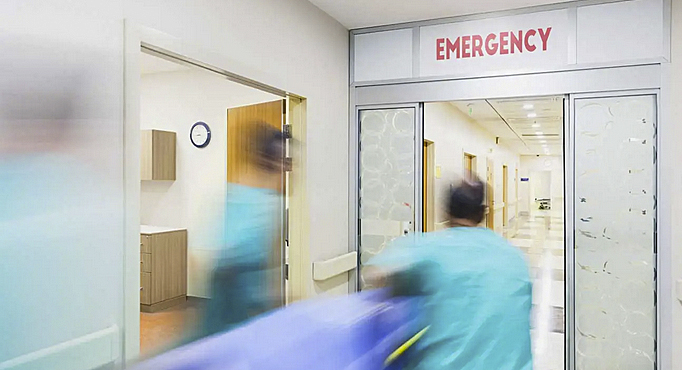 Ultimately, liberalism destroys everything it touches. The disease’s carriers, however, go on and on, infecting innocent bystanders and even entire institutions with a dread disease without so much as a single pang of conscience.

The latest casualty is medicine. In their efforts to save an increasingly violent segment of society from itself — a favorite leftist pastime — liberals have enlisted the aid of epidemiology, a branch of medicine that studies how and why large numbers of people die. Now, the Journal of Trauma (February 2002), a peer-reviewed publication, has shaken off the shackles of science and published a study suggesting that “a statistically significant association exists between gun availability and the rates of unintentional firearm deaths, homicides and suicides.”

Sadly for medicine, not only have the authors so far refused to furnish their raw data to other researchers for peer review, they have ignored solid studies that demonstrate other important reasons for the violence they say they seek to prevent.

One of the researchers seeking the raw data is Dr. Miguel Faria, a neurosurgeon and editor of the Medical Sentinel. In an extensive critique he writes:

According to the study, the five states with the highest gun ownership — Louisiana, Alabama, Mississippi, Arkansas and West Virginia — were more likely to have children dying from unintentional firearm injury (gun accidents), suicide (with or without firearms) and homicide than children in the five states with the lowest levels of gun ownership — Hawaii, Massachusetts, Rhode Island, New Jersey and Delaware. … Why more western states like North and South Dakota, Iowa, Wisconsin, Utah, Nebraska, Alaska, etc., that have relatively “easy availability” have low firearm death rates for children is left unexplained.

One of the key factors Dr. Faria found the study authors ignored was the impact of television violence on young people: “Some of the most important, breakthrough research papers on this topic first appeared in the 1970s and 1980s. The pioneering research was conducted and the paper written by Dr. Brandon Centerwall of the University of Washington School of Public Health. Dr. Centerwall’s studies found that homicide rates in Canada were not related to easy gun availability by ordinary citizens, as he had expected, but to criminal behavior associated with watching television. … up to half of all homicides, rapes and violent assaults in the U.S. were directly attributed to violence on television. And that was when violence on TV was nothing compared to the rampant and graphic violence depicted today in the movies and on TV.”

You haven’t heard about that study? Was it an aberration? Dr. Faria continues: “A consensus statement of experts released on July 26 (2000) and sponsored by the AMA and other medical groups proclaimed, ‘At this time, well over 1,000 studies — including reports from the surgeon general’s office, the National Institute of Mental Health and numerous studies conducted by leading figures within our medical and public health organizations — point overwhelmingly to a causal connection between media violence and aggressive behavior in some children.'” So, with such solid evidence for youthful violence, did the study’s authors factor this in? No.

But Dr. Faria takes a look at what they would have found — had they bothered to look: “We should ask ourselves why, at the international level, Switzerland, New Zealand and Israel with modest gun-control laws (as opposed to the Draconian gun control laws in most of the rest of the world) and relatively easy availability of firearms, have low rates of homicide and violence, with or without firearms. Because those countries — like Japan, which, on the other hand, has stringent gun laws — have an intact family structure and cultural cohesion, and civility and discipline are traditionally preserved in the population. Yes, we must lay the blame where it belongs for the persistence of violence in America, and it’s not in ‘easy gun availability’ but in many factors, as we have seen, pertaining to the cycle of government dependency, broken families, the failure of public education and the cultural disintegration that has been taking place for decades, particularly in the poorer Southern states, and for which the federal government has been largely responsible.”

Now, let me interrupt to ask you a question. When you or someone you love goes to the hospital, do you want a doctor who relies on agenda-driven research where dollars are doled out for preordained conclusions irrespective of the facts — or do you want a physician who knows the real causes and cures for the illness afflicting you and who can communicate that truth to you and help you to act upon it? It’s a question the Journal of Trauma should ponder, too — if the editors there have any respect for their profession or their patients.

This article was originally published on WorldNetDaily.com on April 18, 2002. Available from: http://www.wnd.com/index.php?pageId=13575.