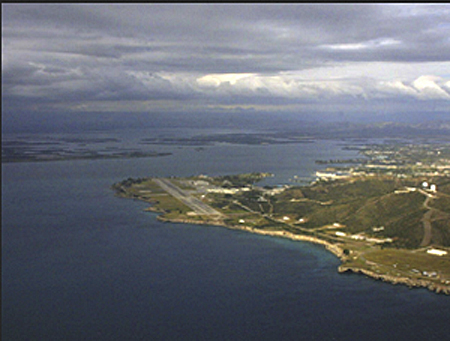 Cuba — Our Terrorist Neighbor to the South

Ninety miles from our southern border, one of the world’s wealthiest men (worth $1.4 billion, according to Forbes magazine) lives like a king, while his subjects, the Cuban people, live in abject poverty, facing chronic shortages of even the most basic commodities such as food, medicine, clothing and housing, writes Miguel A. Faria Jr., M.D., in his newly released book, Cuba in Revolution: Escape From a Lost Paradise.(1)

Fidel Castro, the longest-ruling Marxist dictator in history, runs an island prison without an exit, a brutal repressive police state where individual rights are non-existent. Cuba now has over 300 prisons (up from 11 under Batista).

More than 20,000 Cubans have been murdered and more than 500,000 jailed. More than one-sixth of the population — 2 million people — have fled the island, with three-fourths perishing at sea. Child abuse, political incarcerations, torture and murder are rampant, as Faria points out and documents in his book.

The Cuban version of Big Brother, the thought police (or DGI), commits unspeakable torture both in the Havana Psychiatric Hospital and in Cuba’s prisons.

In spite of massive Soviet aid ( up to $16.5 million per day), Cuba went bankrupt in 1986. Its economy worsened after the fall of the Soviet Union, and in 1997-98, the sugar harvest was the worst in over 50 years. The basic necessities of life had to be rationed.

Since the 1990s, Cuba’s health care system — once one of the best in the Western Hemisphere — has been in shambles. Cuba’s homicide rate is higher than ours, its suicide rate is triple ours, and its maternal mortality is four times ours. Its two classes of patients — the privileged communist elite and the “liborio,” or working class — receive different levels of health care.

Castro’s hatred for the U.S. and our way of life have been well documented. Since the 1966 Tri-Continental Conference of World Revolutionary Groups, held in Havana and attended by more than 500 delegates from terrorist and leftist groups, Castro has used cocaine trafficking as an instrument of war.

During the 1962 missile crisis he asked Khrushchev to launch a nuclear attack against the U.S., and during the Vietnam War he sent agents to Hanoi to torture U.S. POWs. Many U.S. criminals sheltered in Cuba are on the FBI’s most-wanted list, including 66 violent hijackers, murderers and terrorists.

But Castro’s support for international terrorism is not as widely recognized. He has trained and supported terrorists from Spain, Ireland, Colombia and Puerto Rico, and from the PLO.

Just last year, in an effort to forge an “anti-Western” front with terrorist states, he went on a tour of Algeria, Iran, Syria and Libya, when he met with Iranian president Mohammad Khatami, Syrian president Al Assad and Libyan strongman Muammar Qaddafi.

In fact, he made six trips to Libya last year and Qaddafi presented him with a “human rights” medal. In Iran, speaking at Tehran University, he announced, “The imperialist king will finally fall,” to thunderous applause from students and faculty.

Cuba has an active bioweapons program, in collaboration with Iran. The CIA has found that Castro’s pet genetic and biotechnology industry is a cover for developing biological weapons.

Cuban research has been centered on developing virus strains, which can be inoculated in migratory birds, such as the SV 1417 strain of the West Nile virus, which appeared mysteriously for the first time in the Western Hemisphere in New York, and which more recently has been found in Baltimore, Washington, D.C., Georgia, and northern Florida.

Cuba’s study of migratory birds has been funded in part by the American Museum of Natural History, by the U.S. Fish and Wildlife Service, by the Audubon Society and by a group supported by the MacArthur Foundation.

Even more shocking than this is the fact that our liberal politicians and national news media over the years consistently have supported Castro. Faria notes how such well-known reporters as Diane Sawyer, Peter Jennings, Dan Rather and Barbara Walters fawn over Castro and, by distorting and twisting news reports, hide the truth from American citizens.

Under President Bush’s war on terrorism, should they be considered accomplices?

If the U.S. is serious about its new war on terrorism, it must come to grips with the threat posed by Castro. The enemy is a mere 90 miles south of Key West, not on the other side of the world. We continue to ignore Cuba, an active terrorist state, at our own peril.

Dr. Jerome C. Arnett Jr. is a member of the Editorial Board of the Medical Sentinel, a medical ethicist, and a practicing pulmonologist in Elkins, WV.

This article may be cited as: Arnett JC. Cuba — Our Terrorist Neighbor to the South. NewsMax.com, April 2, 2002. Available from: https://haciendapublishing.com/cuba–our-terrorist-neighbor-to-the-south/.