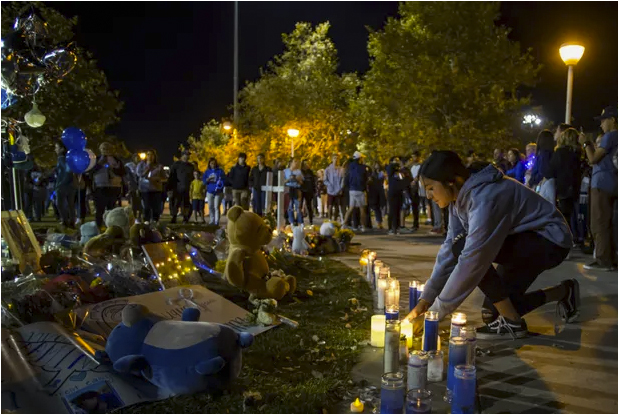 Mass shootings, mental health, and the sensationalization of violence — at what cost!

The latest shooting rampage of 26 people, including six adults and 20 children in an elementary school in Newtown, Connecticut, on December 14, 2012, is a senseless tragedy, and words cannot convey the horror and the magnitude of the loss of innocent life. The second deadliest mass shooting in U.S. history was carried out by 20-year-old Adam Lanza, a loner with a personality disorder — and in critical need of psychiatric evaluation and treatment. Once again, these deadly rampages are the result of failure of the mental health system.

Consider the case of Jared Loughner, a 22-year-old disturbed individual who shot and attempted the assassination of former U.S. Representative Gabrielle Giffords in Arizona. He also killed five others, including an innocent 9-year-old student and a judge, and wounded fourteen other people in 2011. There were signs of psychiatric illness and social pathology, that should have alerted those around him and called for mental evaluation and psychiatric treatment. But Loughner, like Lanza, fell through the obvious cracks.

The case of Loughner in Arizona is particularly revealing because a consensus has been reached that the mentally deranged individual should have received psychiatric evaluation and treatment, which were not administered.(1) The same conclusion is being reached as more information is rapidly coming to light in the latest rampage by Adam Lanza in Connecticut.

“Convicted felons and mentally unstable people,” as I stated in a previous article, “forfeit the right to possess arms by virtue of the fact they are a potential danger to their fellow citizens. This has been recently demonstrated by the tragedies that took place in Arizona and in Aurora, Colorado; and not only in the United States, but also in Oslo, Norway.”(2)

In the recent case in Norway, after bombing a government building in Oslo and then taking over an island, a homicidal killer, Anders Behring Breivik, perpetrated a horrible massacre. Breivik massacred 69 of his fellow citizens, systematically hunting down unarmed youths at a camp, methodically killing mostly defenseless teenagers. Imagine if just one person had carried a gun and knew how to use it to defend his or her life and the lives of others! But Norway, for all practical purposes, like most of Europe, is like the schools in the U.S., a “gun-free zone,” where guns are not allowed and a deranged individual can enter and kill with impunity.

These three specific incidents represent cases of criminal insanity associated with regrettable and overt failures in the mental health system, rather than the easy cliché of “too many guns” in the hands of people. In my article, “America, Guns and Freedom” I also cite other recent cases, including the two reciprocal incidents in Aurora, Colorado, earlier in the spring and summer of this year. One incident was widely reported; the other, where a citizen stopped a rampage and saved the lives of others, was not. The vast majority of citizens use firearms responsibly.(2)

Incidentally, the United States is a Federal Republic, and the fifty states of the Union have some leeway in passing and enforcing gun laws. We already have 20,000 gun laws on the books. We don’t need more statues. The failure lies elsewhere. The killer in Connecticut operated with impunity in a state that does not easily allow persons to carry guns for self protection, and most states in the U.S. already have a “zero tolerance” for guns in schools, which are in turn “gun-free zones,” where firearms are strictly prohibited. Perhaps it is time that we consider allowing teachers to have special concealed carry firearm licenses to protect students in this mad, dystopic world we are creating in which we are permissive to criminals and deranged individuals, while we easily blame and propose more laws and controls to limit the rights of law-abiding citizens in society at large.

Guns are inanimate objects. The responsibility for crimes rest on the criminals and those who facilitate their crimes! Elsewhere, I have discussed failures in the criminal justice system, leniency and use of revolving prison doors that allow many of the same criminals to commit the vast majority of serious crimes.(3) I have discussed the aforementioned failures in the mental health system. There is a sinister contributing factor, and an even more serious problem — namely, the problem of media reporting and sensationalization of violence that in association with the “fifteen minutes worth of fame” and the pursuit of celebrity status in vogue today are all pervasive.(4) What more evidence is needed than the immense popularity of vulgar “reality” television shows? (photo, left) It is not a big step to link extensive coverage of shooting rampages in both the press and the colorful electronic media as a major contributing factor in the pathologic and even morbid attainment of celebrity status even in death.

While the media has sensationalized violence and the mass shootings of hapless victims (who are virtually forgotten), they have not given defensive, beneficial uses of firearms (e.g., protecting or saving lives and property), the attention these positive acts deserve, which go usually unreported. By and large, to read about the cases where law‑abiding citizens use firearms for self and family protection, one has to read independently published books, such as Robert A. Waters’ excellent tome, The Best Defense (1998).

Only infrequently do these cases even get publicized in the mass media or published in the medical journals by public health investigators in their “gun and violence” research.

The death of innocents, particularly children, is a tragedy, and responsible media commentators should be compassionate while remaining honest, objective professionals in dealing with social problems of this magnitude. We cannot use atrocious crimes charged with emotions to incite even more passion to effect a desired public policy. And the media moguls need to get their minds together to begin the systematic de-sensationalization of crime and making morbid celebrities out of criminals.

In medicine, surgeons cannot guarantee results. Complications and sometimes bad results occur; the same can happen with guns. Firearms in the hands of terrorists, criminals, or the mentally deranged, are dangerous. Those using the latest tragedy, eliciting emotionalism to push for another round of gun control (5) — while ignoring the accumulated objective research published in the criminologic or sociologic literature (6) — are not only sensationalizing violence and not lamenting the deaths of the innocents or sympathizing with their families, but attempting to score points, political points at the expense of the victims.

My heartfelt thoughts and prayers are with the grieving families in Connecticut!

This article may be cited as: Faria MA. Mass shootings, mental health, and the sensationalization of violence — at what cost! HaciendaPublishing.com, December 17, 2012. Available from: https://haciendapublishing.com/mass-shootings-mental-health-and-the-sensationalization-of-violence–at-what-cost/.

A different version of this article was published earlier today on GOPUSA.com as “Faria: Mass shooting and mental health — at what cost?” A more abbreviated commentary appeared in the Macon Telegraph on December 30, 2012 as “Faria: Campaign against gun ownership is misguided.” A scholarly, longer and fully illustrated version of this article was published in SNI. The link is available above under heading Source.