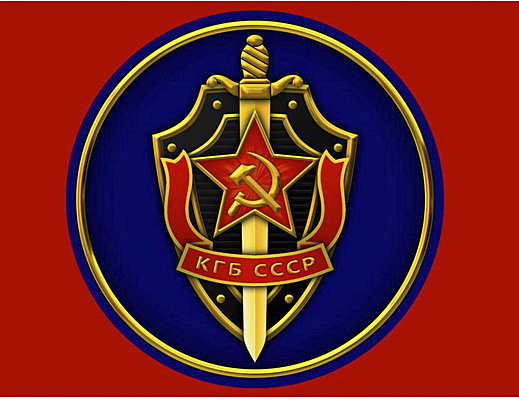 KGB — The Secret Work of the Soviet Secret Agents

KGB: The Secret Work of the Soviet Secret Agents by John Barron (Reader’s Digest Press, 1974) is a classic KGB espionage saga set during the Cold War!

This is a seminal book and monumental  work on the history, the (then) current methods, organization, goals, of Soviet espionage — i.e.,  KGB foreign intelligence with its First Chief Directorate — and internal security operations — i.e., the Second Chief Directorate.(1)

The author, John D. Barron (1930-2005), was an American investigative journalist, a brilliant Reader’s Digest writer and editor, and one of the foremost scholars of Soviet espionage during the Cold War. He also wrote Operation Solo: The FBI’s Man in the Kremlin (Regnery, 1996). He was an American patriot.

This book detailed and exposed all the KGB officers posted across the world who were then known to the Western security services. The KBG counted with a disinformation campaign slandering Barron, calling him a fake and his book a fabricated Zionist conspiracy! The fact, as later admitted by KGB Officer Oleg Nechiporenko, is that Barron’s publication in 1974 of KGB: The Secret Work of the Soviet Secret Agents dealt a crushing blow to KGB operations throughout the world! During the decade of the 1970s, its publication was one of the few intelligence successes of the West against the Soviets.

The book is 462 pages, including 14 chapters, four major appendices, chapter notes, full bibliography, and an excellent index. It is fully illustrated with 16 pages of photos revealing the faces of many of the main protagonists and antagonists, as well as operational methods. The content is as follows:

The Introduction is by Soviet scholar, Robert Conquest. The author’s Preface describes the interesting circumstances leading to the compilation of information and the publication of this book. Chapter I —”Instrument of Power” describes the organization and function of the KGB Directorates and Departments and their operations around the globe. Chapter III — “Sword and the Shield,” also the emblems of the KBG, relates a brief history of the Cheka, forerunner of the KGB, and leads to momentous events in the USSR in the 1960s. Chapter IV — “Behind the Guarded Gates” exposes the methods behind foreign and internal KGB operations that are further expounded in the descriptive chapter titles, Chapter V — “How to Run a Tyranny,” Chapter VI —”Surveillance and Seduction,” Chapter VIII — “Disinformation: Poisoning Public Opinion,”  Chapter IX — “The Art and Science of Espionage,” and Chapter XIII — “The Dark Core,”  describing “wet affairs” (assassinations).

Of particular interest is a dialogue between a KGB instructor and his student, who is being prepared to be sent to America as a “KGB illegal” spy. The student is Kaarlo Tuomi, who we will meet again in the description of Chapter II. The dialogue provides a window of how the KGB operated and how the Soviet intelligentsia (in the voice of the instructor), viewed America:

[Instructor:] ” ‘…Occasionally we must perform unpleasant acts, even kidnapping and liquidation. But none of this is immoral. All acts that further history and socialism are moral acts.’ There were aspects of America the teacher frankly admired. ‘Over there if you want to go somewhere, you just get in a car, bus, train, or plane and go, and nobody asks any questions,’ he informed Tuomi with wonder in his voice. ‘The highway system is unbelievable, and they’re about to spend billions more to improve it.’ But ‘capitalism has nothing to do with this, does it?’ Tuomi asked jokingly.

” ‘In a way it does,’ the teacher replied seriously. ‘Just as feudalism had a place in history, so did capitalism. But its time is past. The American economy owes its strength to three primary factors that have nothing to do with capitalism. First, the United States has immense natural resources. Second, its territory has escaped the devastation of war for nearly a century. Third, America was settled by the bravest and most industrious people of Europe. Americans today are descendants of good stock, and they remain industrious and tough. It would be folly to pretend otherwise.’ ” (page 271)

The appendices are particularly useful to scholars, and are still invaluable as mines of information for Western intelligence services. Appendix C, for example, “The Practice of Recruiting Americans in the USA and Other Countries” describes how Americans can be duped into espying for a foreign tyranny against freedom in their own country! Appendix D, “Soviet Citizens Engaged in Clandestine Operations Abroad” was particularly damaging for the Soviets, revealing the identity of hundreds of their active spies throughout the world.

Chapter VII — “Dangerous Little Brothers” exposes the methods of the superb, super secret, and still active Cuban DGI (foreign intelligence).(2) During the 1960s and 70s, Cuban DGI officers (Cuban defector) working in conjunction with the KGB scored spectacular victories against the U.S. because of the aura of revolutionary mystique that appealed to students and professors in the “New Left.” There is a narrative human interest story that illustrates the naiveté of a young female Western student who volunteered to work for the Cubans.

Chapter X — “Treasures from the Vault” describes the sordid treason and espionage committed by a depraved U.S. army sergeant, Robert Lee Johnson, who repeatedly sold U.S. and NATO defense plans to the Soviets in the mid-1960s. An interesting observation regarding KGB recruitment of a Johnson accomplice is noted in this chapter, and it’s worth quoting at length:

“Contrary to popular supposition, the KGB is not primarily interested in homosexuals because of their presumed susceptibility to blackmail. In its judgment, homosexuality often is accompanied by personality disorders that make the victim potentially unstable and vulnerable to adroit manipulation. It hunts the particular homosexual who, while more or less a functioning member of his society, is nevertheless subconsciously at war with it and himself. Compulsively driven into tortured relations that never gratify, he cannot escape awareness that he is different. Being different, he easily rationalizes that he is not morally bound by the mores, values, and allegiances that unite others in community or society. Moreover, he nurtures a dormant impulse to strike back at the society which he feels has conspired to make him a secret leper. To such a man, treason offers the weapon of retaliation. ” (p. 207)

Chapter XI — “The Plot to Destroy Mexico” describes the efforts of the KGB to wreak chaos, overthrow the Mexican government, and convert Mexico into a Soviet satellite south of the U.S. border!

Perhaps the two best chapters of the book (by themselves certainly worth the price of the book) are Chapters II and XII.  Chapter II — “Secrets of the Desert” recounts the dramatic story of Vladimir N. Sakharov, an intelligent and sensitive KGB officer stationed in the Middle East, who recognizing the oppression of liberty and the evil falsifications of communism, defected in situ and spied for the West. His information exposed the treasonous espionage ring led by Egyptian communist and KGB agent, Sami Sharaf, and prevented just in time the overthrow of President Anwar Sadat of Egypt. President Sadat and Egypt then bolted from the Soviet camp and joined the side of freedom and the West.

Chapter XII — “The Spy Who Changed His Mind” is the poignant story of KGB Illegal agent Kaarlo R.Tuomi (mentioned previously). Tuomi was arrested as soon as he entered the U.S. and through the patient and gentle treatment of his FBI case officer was turned not only into a double agent, but like Vladimir Sakharov, transformed into a genuine, American hero and patriot.

The book is not only a historic classic of espionage during the Cold War, but an informative thriller. I recommend it to historians, as well as Cold War and espionage aficionados (3), and assign it 5 stars without reservation — and this is almost forty years after its publication! An absolutely outstanding nonfiction classic!

2) See  Brian Latell’s book Castro’s Secrets: The CIA and Cuba’s Intelligence Machine (2012) and my full review of it posted in Hacienda Publishing.

This article may be cited as: Faria MA. KGB — The Secret Work of the Soviet Secret Agents. HaciendaPublishing.com, December 25, 2012. Available from: https://haciendapublishing.com/kgb–the-secret-work-of-the-soviet-secret-agents/.