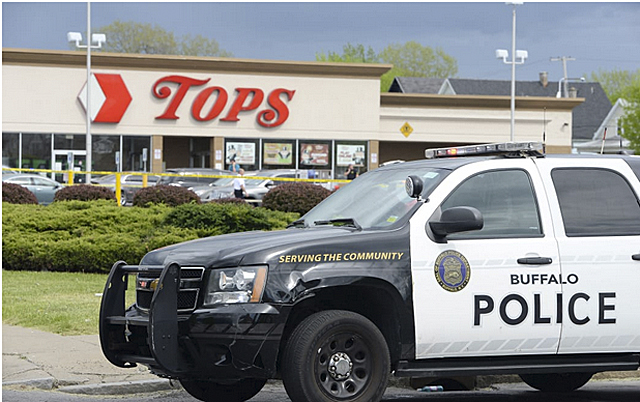 Mass shooters inspired by hatred and the politics of the left by Miguel A. Faria, MD

We could say that all mass shootings are inspired by hatred. But many are carried out by deranged individuals, susceptible to violence and possessing no clear and distinct political or religious motives. These disturbed, mentally unstable people are unhinged by the strain of the postmodern age and what they see and experience.

They are receptive to the influences of the perverse degeneration of the popular culture, media sensationalism, and the pursuit of celebrity status, even if they pay with their own lives to achieve the dubious notoriety they seek. Shooting rampages by these types of individuals may be the most common type of mass shootings, at least in the United States.

But there are other types of rampage shootings, which are clearly of different varieties, especially those triggered by fanaticism or intense racial, ethnic, or political hatred.

Some shootings are motivated by Jihad and “home grown” Islamic radicalism.  Others, perhaps the most odious, are the result of perverted political ideology and the increasing hatred boiling over from the atmosphere of racial and ethnic divisiveness and polarization of politics, largely created by the incitement of violence, directly or indirectly, by the political left and the propagandist media.

On May 14, 2022, Payton Gendron, an alleged “white supremacist,” shot and killed 10 people and injured three others at Tops Market in Buffalo, New York. The media has sensationalized this shooting not only to push for gun control but also because of the alleged “white supremacist” killer and his racial motivation. Now we are learning that a former FBI agent knew of the gunman’s plan to commit mass murder, according to two law enforcement officials investigating the case.

According to the Buffalo News, the two law enforcement sources stated that at least six individuals had been communicating with the accused shooter in an online chat room and were invited by Gendron to read about his mass shooting plans and the target location about 30 minutes before the shooting. None of these individuals tipped the FBI to warn the agency prior to the shooting. No other information has been made available to the public from the two officials familiar with the investigation, the FBI, or the U.S. Attorney’s Office.

Suffice to say, the FBI and the media propagandists have been heavily discussing the racial hatred narrative, the white supremacy of the shooter, and the fact the gunman used an AR-15. Vice President Kamala Harris and Democrat activist Beto O’ Rourke are, once again, pushing for banning “assault weapons,” especially the AR-15, and in the case of O’Rourke, calling for outright confiscation of those who already possess them legally!

Nothing has been said about much bigger problems, such as the increased polarization of America since the time of the Obama administration and the incitement of violence by the Democrats and the media — for example, calling rioters “peaceful protestors,” the gaslighting and justifying their criminal behavior, violence, looting and plundering, as reasonable social justice.

In fact, rioters advanced the leftist agenda of promoting chaos that then the Democrats and their allies in the mainstream media exploit as a pretext to pass more laws that affect not the criminal elements in society but the law-abiding gun owners and business people. At the same time, the orchestrated riots provide plunder for the looters, while the public and businesses aren’t even protected!

Nor has the media explored and investigated their own politicization or that of the intelligence agencies, especially when it came to undermining the presidency of Donald Trump.

No president in American history has had to suffer the sustained and vociferous media attacks that the American print and electronic media launched against President Donald Trump, the legally elected president of the United States. Some media personalities and Democrat legislators even called openly for his assassination. Moreover, we now know that an attempted coup d’état was behind the intensive demonizing of the former president.

We also know that all resources available to the press were utilized for sustaining the constant barrage of negative propaganda. That this takes place in our United States, a nation with a purportedly free and independent press, is unconscionable. That a fifth column within the intelligence community, which had become corrupted and sympathized with President Barack Obama and detested President Trump, was also deeply involved is abominable.

These agencies, both the CIA under John Brennan and the FBI under James Comey that collaborated with Democrats as well as foreign powers to overthrow Trump’s presidency, have lost a lot of credibility with the American people, and that none of these intelligence players is serving time is another abomination.

Where are the objective and indomitable investigative journalists of the mainstream media that should have been investigating these momentous omissions, these gaps in our knowledge, in the study of criminal mass shooters and the societal factors that contribute to them? And when is the media finally going to admit that armed citizens could have stopped some of these mass murderers or, at the very least, diminished the number of casualties?

Miguel A. Faria, Jr, MD is a retired professor of Neurosurgery and Medical History at Mercer University School of Medicine. He founded Hacienda Publishing and is Associate Editor in Chief in Neuropsychiatry and World Affairs of Surgical Neurology International. He served on the CDC’s Injury Research Grant Review Committee. His latest book is America, Guns, and Freedom: A Journey Into Politics and the Public Health & Gun Control Movements (2019).

This article also appeared on GOPUSA.com on June 3, 2022, and on Doctors for Responsible Gun Ownership (DRGO.us) on June 9, 2022. An edited version of this article was published on TheTruthAboutGuns.com on June 12, 2022.

This article may be cited as: Faria MA. Mass shooters inspired by hatred and the politics of the left. HaciendaPublishing.com, June 3, 2022. Available from: https://haciendapublishing.com/mass-shooters-inspired-by-hatred-and-the-politics-of-the-left-by-miguel-a-faria-md.

2 thoughts on “Mass shooters inspired by hatred and the politics of the left by Miguel A. Faria, MD”