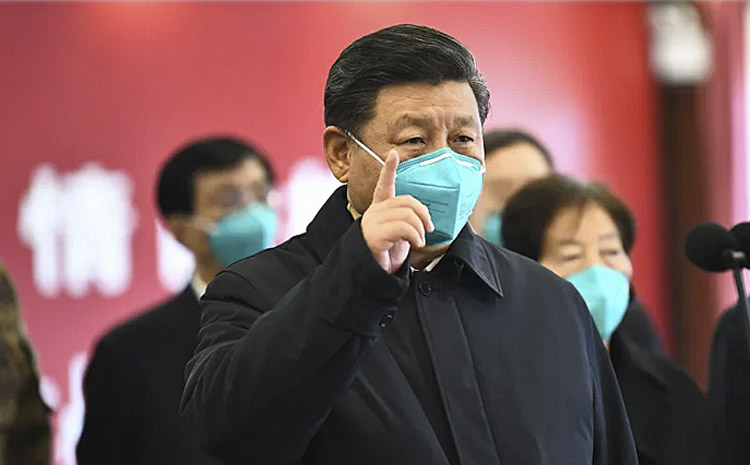 Life Will Never Be the Same by Cliff Kincaid

We go through the pretense of Thanksgiving but we know life will never be the same. We just went through a war that cost the lives of more than one million Americans and cost trillions and nobody seems to have noticed. Indeed, China waged war on America through the China virus. China Joe said just as much when he groveled to dictator Xi on the world stage of the G20 meeting.

You may recall that China Joe begged Xi not to invade the Republic of China on Taiwan, a separate country, but quickly added that it was part of the communist empire anyway. So is America. We are becoming China.

The Republicans are promising another investigation and perhaps an impeachment or two.

I hate to dwell on the negative, but going through the carnage of the China virus is a once-in-a-lifetime experience which should never be forgotten. Remember the phrase “Never Forget?” It turns out that China has now killed just as many people worldwide with its Covid virus as died in the Jewish Holocaust of World War II—6.63 million deaths worldwide.

Yet there was Xi, lecturing the rest of the world about China’s superiority. In a sense, we can and should understand that China is speaking from a position of “Peace through strength.” It’s peace of the grave. They don’t care about how many of their own people have to die. They have bodies to spare. The objective is to cripple the West.  And they have done so.

Meanwhile, Americans are voting for more abortion and marijuana, as the economy crashes, inevitably leading to more government welfare checks to the victims of inflation and job loss.

Even today, after years of isolation from the virus, the virus kills and maims. It is a war that shows no sign of ending.

In Europe, having suffered through the China virus, there is another war, this one waged by Chinese surrogate, former KGB colonel Vladimir Putin. There used to be a time when Red China was the junior partner to Soviet Russia. Now, Red Russia is the junior partner to Red China, whose communist rulers mastered the art of “Permanent Revolution” and the Marxist dialectic. It’s China leading the world communist revolution.

Back here at home, Americans re-elected governors who engineered the mass murder of old people in nursing homes. Exposing them to the virus hastened the end of their lives. Many died trying to breathe and hooked up to machines. Families waved to their sick parents from outside those homes. Nursing homes became death camps.

Yet, we are so desperate to survive the on-going economic catastrophe that we want to forget about the one million dead. Forget about justice for the dead. We are afraid we will be next, consigned to the death camps when some new China virus variant emerges from a Chinese lab. We will try to survive within the confines of our homes, with little outside contact.

Please, Xi, spare us from another one million dead.

Instead of worrying ourselves to death over this pandemic, we vote for marijuana for the young, so they don’t have to think about elderly parents getting the virus and dying or wasting away in nursing homes. Let them get high, rather than eat cake.

Which brings up the likely bankruptcy of Social Security and Medicare. Increasingly, it seems we don’t have the money as a nation to care for all of these old people, and doctors can’t afford to survive economically under Medicare anyway. Inevitably, the old people will be given mercy killings, at government expense of course. Canada is leading the way, demonstrating how it can be done. It’s cheaper to kill than let them live.

We know this is the future, even as we pretend otherwise. Only God can save us now.

There are still a few things we can do. We can understand the one-party state that America has become. We can pursue various forms of resistance. And who knows? Perhaps divine intervention will cause a collapse of this evil system being imposed on us by evil people. That would lead to a real Thanksgiving.

After all, the Declaration of Independence says that when any form of government becomes destructive of our lives, rights and freedoms, “it is the right of the people to alter or to abolish it, and to institute new government, laying its foundation on such principles and organizing its powers in such form, as to them shall seem most likely to effect their safety and happiness.” It goes without saying that communism is our enemy, at home and abroad. But we have to say it—again and again. And we have to act on it, just like our ancestors did when they revolted against King George.