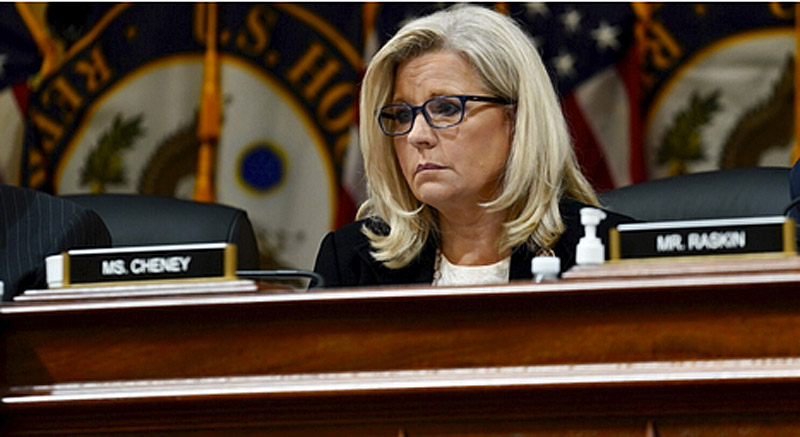 It is an annual tradition on our Ringside Politics TV and radio programs to award a “Turkey of the Year.” This designation is bestowed on an especially worthy politician or celebrity who deserves such ignominious recognition. Here is a list of our recent “Turkey of the Year” winners:

These recent winners are truly “Turkeys” in every sense of the word. In fact, most of them are so insufferable that they are no longer in elected office today, having worn out their welcome in the world of politics.

This year, as usual, we asked our viewers and listeners to submit their nominations for our 2022 “Turkey of the Year” committee to review. To say we were bombarded with worthy candidates is an understatement. It seems that 2022 was a particularly good year for “Turkeys.”

The list of potential winners was vast. Of course, the most likely winner would have been President Joe Biden, who defines the word “Turkey” in every sense. However, we have a rule on Ringside Politics that there can be no repeat winners, thus he was excluded from consideration.

Along with President Biden, almost every member of his pathetic administration of liberal losers was seriously considered for the award. For example, Vice President Kamala Harris, Transportation Secretary Pete Buttigieg, Energy Secretary Jennifer Granholm, Attorney General Merrick Garland, Department of Homeland Security Secretary Alejandro Mayorkas, and FBI Director Christopher Wray, among others were excellent nominations who were definite “Turkey of the Year” contenders.

On the local and state level, incompetent Governors such as Kathy Hochul of New York and Gretchen Whitmer of Michigan, along with disastrous Mayors such as Lori Lightfoot of Chicago and LaToya Cantrell of New Orleans were also nominated. All these nominees are definite “Turkeys.” In a normal year, one of them may have won.

Alas, there can only be one big winner and, in 2022, the person who distinguished herself as the biggest “Turkey of the Year” was U.S. Congresswoman Liz Cheney (R-WY). In 2022, Cheney destroyed her political career by pursuing a misguided vendetta against President Donald Trump.

Cheney never liked Trump’s focus on bringing home our troops, focusing on “America First” and ending the unsuccessful twenty-year war in Afghanistan. In 2016, Trump ran on a platform of securing our southern border, building American jobs and industry, and ending our role of “policeman of the world.” He also wanted countries in the North Atlantic Treaty Organization (NATO) to pay their fair share for their own military defense.

Liz Cheney, daughter of former Vice President Dick Cheney, believed in the old neocon, globalist approach of the United States as world leader with a robust military involvement overseas. This belief was criticized by Trump and his supporters, who labeled Cheney a “warmonger.”

At one point in her career, Cheney was the third ranking Republican in the U.S. House of Representatives. By constantly attacking Trump, Cheney was eventually booted from that position. Thereafter, she became the Democrats favorite Republican for her unrelenting criticism of the former President.

It earned her plenty of derision in her “home” state of Wyoming. In the 2022 Republican primary in August, Cheney was destroyed by a truly conservative candidate, Harriet Hageman, by a whopping margin of 66% to 28%. It seems the voters in Wyoming agreed with President Trump about Liz Cheney’s political beliefs. They wanted a representative for Wyoming, not the military industrial complex.

Incredibly, Cheney’s shellacking did not dampen her political ambitions. While she can no longer represent a conservative state like Wyoming, Cheney has turned her attention to a much bigger prize. She is considering launching a longshot bid for the GOP presidential nomination in 2024. While this is certainly exciting to the left-wing pundits on CNN and MSNBC, it is doubtful that many GOP primary voters will be interested.

In a recent Politico-Morning Consult poll, Trump leads the 2024 presidential nomination race with 45% support, followed by an array of other potential candidates. At the very bottom of the list is Congresswoman Liz Cheney with a mere 2% in the poll.

To catch Trump and the other Republican presidential contenders, Cheney will need a political miracle. However, in a few weeks, she will lose her platform as Wyoming Congresswoman and Vice Chairman of the January 6th Committee.

The committee established by House Speaker Nancy Pelosi (D-CA) to investigate the events on January 6, 2021, is extremely partisan. It is composed of all Democrats and two never-Trump Republicans, Cheney, and U.S. Congressman Adam Kinzinger of Illinois.

Instead of impartially examining the protests in Washington D.C., that Democrats consider an “insurrection,” and led to the U.S. Capitol being attacked, the committee’s work has been politicized. Their only mission is to blame one person, President Trump, for the events on that day. They want to discredit him so much that he is either indicted or politically damaged and unable to run for President in 2024.

The January 6th committee has made no serious investigation into why there was not adequate security at the U.S. Capitol on that day. It has not released the hours of video footage that remain sealed to the public.

Of course, Liz Cheney is the main reason the committee is fixated with Donald Trump. According to the Washington Post, Cheney “has exerted a remarkable level of control over much of the committee’s public and private work.” Her obsession with Trump has even upset 15 of the partisan hacks involved in the committee’s investigation.

With her unhinged Trump hatred, her inability to understand the mood of the electorate and her unrelenting desire to appease the liberal media, outgoing Congresswoman Liz Cheney is most deservedly our 2022 Ringside Politics “Turkey of the Year.”