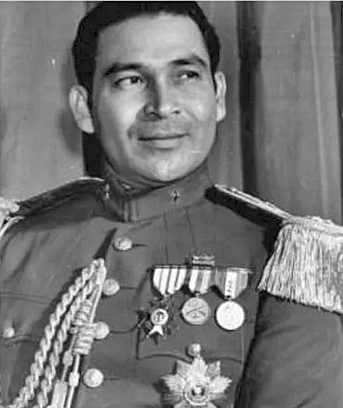 Interview with Dr. Miguel Faria regarding attempted assassination of Batista: March 13, 1957 by Myles B. Kantor

In this article, reporter Myles Kantor interviews Dr. Miguel Faria, author of Cuba in Revolution: Escape From a Lost Paradise, about the attempted assassination of Fulgencio Batista in Havana on March 13, 1957.

The questions by Mr. Kantor are in bold, the answers by Dr. Faria in plain text.

What organization carried out the attack on the Presidential Palace, who were the main organizers, and when was the attack conceived?

The 13th of March (1957) Presidential Palace attack was planned in February, only weeks prior to the attack. Eighty men were supposed to have participated in the attack. By March 9, there were fifty of them in an apartment house in Havana preparing and waiting for the day of the assault.

As I mentioned in my book, Cuba in Revolution: Escape From a Lost Paradise, only the first wave of assailants reached the palace. The second wave was caught in traffic and didn’t make it to their fateful destination. Even Batista, who had some intelligence about the impending attack (not the date), did not expect them in plain daylight.

The attack on the Presidential Palace was planned by the leadership of the Revolutionary Directorate (RD), a fiercely anti-communist student group, democratic and middle class, and the Auténtico organization, one of the major political parties in Cuba prior to the 1952 Batista coup, led by ex-President Carlos Prio Socarrás.

The main RD organizers were José Antonio Echeverría, who, as planned, seized the Havana radio station Radio Reloj during the attack to broadcast the death of Batista and was subsequently killed in the street; Fructuoso Rodríguez, who was killed days later at the Humboldt #7 incident [where Batista’s security forces, aided by communist informant Marcos Rodríguez, killed Directorate members at this Havana address]; and Faure Chomón, who survived, escaped and was eventually hidden in my home protected by my parents in Sancti Spiritus.

The Auténtico organizers had already had a falling out with Prio Socarrás and had become de facto RD members. Be that as it may, they were Menelao Mora and Carlos Gutiérrez Menoyo (the older brother of Eloy Gutiérrez Menoyo, later RD and Segundo Frente [Second Front] comandante, respectively). The military commander was Carlos Gutiérrez Menoyo because of his experience in the Spanish Civil War, with Faure Chomón second in command.

Of the participants known to my parents, only Chomón survived the attack; Mora and Menoyo died and fell fighting on the marble staircase of the Presidential Palace or in the streets.

How close did the attackers come to killing Batista?

Close, but not close enough. Batista escaped to the third floor, where he had a number of bodyguards and soldiers armed with machine guns.

How many people died in the attack?

Regarding the intelligence you mentioned Batista had on the impending attack, from where did it come?

Historian Hugh Thomas [author of Cuba, or the Pursuit of Freedom] indicated that Batista had intelligence of the impending attack and had moved troops near the Presidential Palace. That is why the army with tanks surrounded the palace in a matter of minutes. Batista did not know the date or that the attack would take place in daylight. Thomas surmises a bit about the intelligence given the fact that over 80 combatants and other supporters, a significant number, were involved in the operation. I now tend to agree with him, but have no proof. Estéban Ventura, renowned Havana district police chief, to my knowledge, never revealed any such source.

He saved our lives and survived, incorporating himself “into the revolution.”

At the time, Fidel Castro called the attack “a useless expenditure of blood.” Yet the Castro regime’s media have reported commemoration of the attack. What’s goind on here?

The regime reluctantly changed its stance on the attack after the triumph of the Revolution (1959), the virtual elimination of the RD and complete consolidation of power by the Castro brothers and the communist hierarchy. With the RD leadership dead or submissive or eliminated from the real power structure, Fidel could afford to be magnanimous to Echeverria and the other RD martyrs, both the Presidential Palace and Humboldt #7 dead.

What was the popular reaction to the attack?

It was generally negative in all segments of the population. It was condemned by most civic groups throughout the country. After all, the attack had failed and forty people lay dead in the streets of Havana.

What was Batista’s reaction to the attack?

Batista erroneously blamed the attack on the communists, which also helped him politically with the people. In fact, the Communist Party and the 26th of July movement opposed the attack.

Who benefited in the aftermath of the attack?

1) Because the attack failed and made Castro look like a moderate for denouncing it and not participating in it.

2) Because it eliminated most of the RD leadership, including Echeverria and Fructuoso Rodriguez, the two most charismatic leaders of the RD. Fidel Castro’s rivals had been eliminated.

3) The ideology of freedom counterbalancing communism had suffered a severe blow as well.

Although I harbor no hatred toward Batista, I wish the attack had succeeded, if it had prevented Fidel Castro from reaching power, establishing 44-plus years of communist dictatorship, privation and suffering of the Cuban people, and avoiding the death of over 100,000 victims of Cuban communism.

Had Batista been killed and Echeverria lived, how do you think this would have affected Cuban history?

Echeverría would have led Cuba into constitutional governance, what today is called a liberal democracy, free elections, individual freedom, free enterprise and prosperity for the Cuban people, as it was in the 1940s and 1950s, without the corruption and social inequality of those years. This is the lost paradise that has yet to be regained.

Had both Batista and Echeverria been killed, how would this alter your answer?

The scales of history would have teetered precariously and closely from one side, the RD and freedom, to the other, the 26th of July movement, Fidel Castro and communist tyranny. Unfortunately, Fidel Castro, with his insatiable thirst for power, colossal Stalinist ambition and massive support of the media, both in Cuba (e.g., Bohemia) and the U.S. (e.g., The New York Times, Life, Newsweek, etc.), would probably have prevailed in any event.

I think that without Echeverría, Castro would have eliminated the leaders and nipped a new RD-promoted elected government in the bud. Looking through the prism of time and knowing what we know about the reigning dictator, there is not a guarantee that Fidel Castro would not have eliminated – by assassination, if necessary – the entire RD leadership including Echeverría (affectionately known as “Manzanita” for his red cheeks by everyone at the University of Havana), if the victorious RD had eclipsed the 26th of July movement with a successful 13th of March event.

Myles B. Kantor is a columnist for FrontPageMagazine.com, a popular internet website edited by David Horowitz. Mr. Kantor is also Director of the Center for Free Emigration, a human rights organization dedicated to the abolition of State enslavement. His e-mail address is kantor@FreeEmigration.com.

Miguel A. Faria, Jr., M.D. is a former professor of Surgery (Neurosurgery) and Adjunct Professor of Medical History at Mercer University School of Medicine. He is the author of Vandals at the Gates of Medicine (1995), Medical Warrior: Fighting Corporate Socialized Medicine (1997), and Cuba in Revolution: Escape From a Lost Paradise (2002). His books are available at HaciendaPublishing.com.

This article may be cited as: Kantor MB. Interview with Dr. Miguel Faria regarding attempted assassination of Batista: March 13, 1957. HaciendaPublishing.com, March 13, 2004. Available from: https://haciendapublishing.com/interview-with-dr-miguel-faria-regarding-attempted-assassination-of-batista-march-13-1957-by-myles-b-kantor/.

This article was also published on NewsMax.com on March 14, 2004.