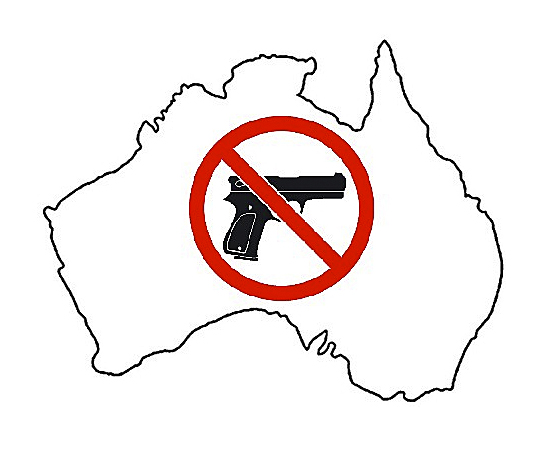 Gun Control in Australia — Chaos Down Under

Last August, the rugged Aussie survivalist, whose real life exploits inspired the “Crocodile Dundee” movies, died in what then appeared to be a mysterious shootout with Australian police. A police sergeant was also killed in the incident. It was reported that Rodney William Ansell, the 44-year-old, blond haired Aussie, uncannily resembled actor Paul Hogan, who played him in the movie and the sequel. Although Ansell was no angel and had had previous run-ins with police, he had been named 1988 Australian Northern Territory Man of the Year for inspiring the movie and putting “the Australian Outback on the map.”

What motivated this shooting? In 1996, Australia adopted draconian gun control laws banning certain guns (60 percent of all firearms), requiring registration of all firearms and licensing of all gun owners. “Crocodile Dundee” believed the police were coming to confiscate his unregistered firearms. In Australia today, police can enter your house and search for guns, copy the hard drive of your computer, seize records, and do it all without a search warrant. It’s the law that police can go door to door searching for weapons that have not been surrendered in their much publicized gun buy back program. They have been using previous registration and firearm license lists to check for lapses and confiscate non-surrendered firearms.

The problem began with the Port Arthur (a Tasmanian resort) tragedy on April 28, 1996, when a crazed assailant opened fire and shot 35 people. Australians were shocked and the government reacted quickly. Draconian gun legislation was passed in the heat of the moment. There are three major political parties in Australia: the center right (Liberal Party), the socialist camp (Labor Party), and the ultra left (Australian Democratic Party) — which tilted the balance of power toward stringent gun control at the expense of freedom.

As a result of the ban, all semiautomatic firearms (rifles and handguns) are proscribed, including .22 caliber rabbit guns and duck-hunting Remington shotguns.

Writing in The Gun Owners (Jan. 31, 2000), the newsletter for Gun Owners of America (GOA), former California State Senator H.L. Richardson writes: “They outlawed every semi-auto, even those pretty duck guns, the Browning A5 and the Remington 1100s. They even struck down pump shotguns: the Winchester model 12 and the Remington 870…Do you own a Browning BAR rifle? Banned. How about a Winchester Model 100? Out of luck, all semi-auto hunting rifles were outlawed as well. They didn’t miss a one.”

And consider the fact that over the previous 25-year period, Australia had shown a steady decrease both in homicide with firearms and armed robbery — until the ban.

Australia, a semi-arid, isolated continent, and a vast nation-state, in many ways parallels the history of the United States. In the 1850s and 1860s, it had gold rushes and pioneering settlers, reminiscent of our own western migration. In World War I and World War II, it fought with the allies. Australia remained a subject of Great Britain until 1986, when the last ties with the British crown were dissolved. With only 19 million people, Australia has an impressive fauna that includes plenty of varmints, marsupials, dingoes (that wreak havoc on livestock), as well as large rats and other rodents. Yet, hunting has become prohibitively difficult for all but a handful of Australians with private lands and the usual connections. Now, the ban on firearms and the disarmament of ordinary Australians has left criminals free to roam the countryside as they please. Bandits, of course, kept their guns. Like in America, only the law-abiding, by definition, obey the law. Yet, the leftist Australian government has responded by passing more laws; in 1998 Bowie knives and other knives and items including handcuffs were banned.

Licensing is difficult. Self and family protection is not considered a valid reason to own a firearm. The right to self-defense, like in Great Britain and Canada, is not recognized in Australia, Like Americans, Australians loved and possessed firearms — that is until the ban. Freedom has been extinguished. A way of life has ended. Please, don’t tell me it cannot happen here!

Miguel A. Faria, Jr., M.D. was the Editor-in-Chief of the Medical Sentinel.

This article may be cited as: Faria MA. Gun Control in Australia — Chaos Down Under. Medical Sentinel 2000;5(3):107. Available from: https://haciendapublishing.com/gun-control-in-australia–chaos-down-under/.