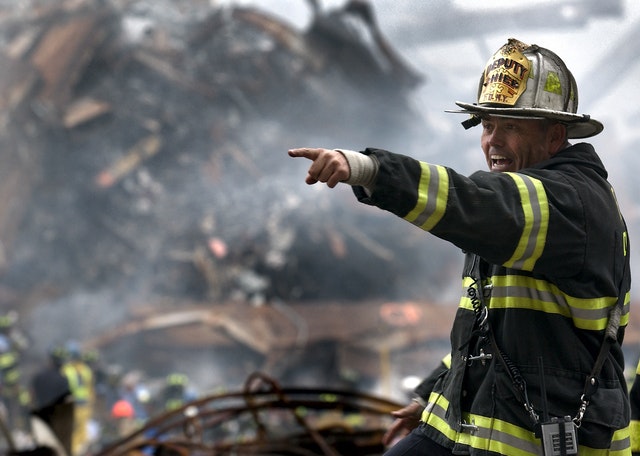 Firearms and ‘assault weapons’ during natural catastrophes by Miguel A. Faria, MD

In 2005, at the time of Hurricane Katrina, the New Orleans police used the excuse of enforcing compliance with the mandatory evacuation order to confiscate firearms. They went door-to-door seizing guns from the people who stayed behind hoping to ride out the storm. These were the same firearms that the citizens expected to have available to protect their lives and property in the aftermath of the disaster.

In fact history has repeatedly shown that firearms, including ‘assault weapons,’ can be very useful and life-saving tools following natural disasters, such as Hurricane Hugo in 1989 and Hurricane Andrew in 1992, and during times of civil unrest, as during the Rodney King L.A. riots of 1992.

In New Orleans in the aftermath of Hurricane Katrina, Mayor Ray Nagin’s police chief superintendent said that the only guns allowed would be “in the hands of law enforcement.” Moreover, Stacy Washington, a decorated Air Force veteran, writing for the NRA Americas’ 1st Freedom, pointed out: “Guns were confiscated with disastrous results: Utter lawlessness ensued, and the police were spread too thin to respond to all the mayhem. Before total gun removal was completed, the NRA stepped in, first gaining a preliminary injunction and then an order putting a stop to the ill-conceived plan. The sheriff had to return more than 1,000 firearms to their respective owners.”

Gun-grabbing mayor Nagin should have known that confiscation of firearms from persons, who have not committed a crime, is a violation of the Second Amendment — and under the dire circumstances of a natural catastrophe, an inexcusable and unforgivable misjudgment, as well as an affront to the people of New Orleans.

Gun confiscation at the time of the Katrina disaster — when they are most needed by citizens to protect their families and property—was such an outrage that several states and the federal government passed laws to prevent that egregious constitutional illegality from ever taking place again during natural disasters.

In 2006 Congress passed the Disaster Recovery Personal Protection Act that became incorporated as an amendment to the Department of Homeland Security Appropriations Act of 2007. It was signed into law on October 4, 2006. This federal legislation prevents the government from confiscating legally owned firearms during times of major disasters or state of emergency. Following the example of the federal government, most state legislatures adopted similar versions of this law.

But be that as it may, on Sept 5, 2017, in preparation for contending with Hurricane Irma, the Governor of the U.S. Virgin Islands, Kenneth Mapp, contrary to U.S. law, ordered the National Guard to confiscate firearms and ammunition from the people of the islands. Confiscation was supposedly necessary so the authorities “could carry out their mission.” Whatever that may be, we are left to wonder. Nevertheless, the Islands are ruled by federal law approved by Congress in 1954, “Revised Organic Act of the Virgin Islands” and subject to U.S laws. Fortunately, the government of the Islands’ plans for gun confiscation seem to have been put on hold after the NRA threatened to file a lawsuit.

Ms. Washington further wrote: “Time after time during natural disasters, reports of looting and increased armed criminal action have been reported. The primary reason for firearms purchases is to protect self and loved ones, and this is especially important at times when the police are overtaxed and crimes of opportunity are more likely to occur. Natural disasters offer criminals an opening too sweet to resist—and once an individual or group of marauders is at your door, it’s too late to ask the National Guard for your guns back.” Exactly!

In 1989 after Hurricane Hugo assailed the city of Charleston and surrounding coastal areas in South Carolina, Governor Carroll Campbell Jr. issued “shoot on sight” orders to the South Carolina National Guard. The authorities, in some cases assisted by armed citizens, deterred some of the thugs from looting. And likewise in 1992, during the catastrophic Hurricane Andrew that devastated Florida, looting was limited because citizens used high capacity magazine ‘assault weapons’ — just as the Korean shopkeepers in Los Angeles did earlier that Spring of 1992, when they protected their property from the usual parasitic thugs roaming the land and capitalizing on the suffering of others.

Florida has led the way in how to handle some of these natural disasters. In 2015, in addition to the well-known concealed carry weapons (CCW) licensing, the state passed a separate law that permits all adults (but not felons), to carry concealed firearms during emergencies “for up to 48 hours after issuance of an evacuation order.”

Some states like Maine and Vermont have “Constitutional Carry” laws, which allow all law-abiding citizens to carry firearms without a permit —emergency or not. In such states, as well as in Florida with its expansive CCW license laws, citizens act as deterrent to crime during natural disasters and emergencies because criminals and the marauding thugs do not know who is armed — a potential victim could very well be an armed citizen and deadly to mess with!

Miguel A. Faria, M.D. is a retired clinical professor of neurosurgery and long time medical editor. He is the author of Vandals at the Gates of Medicine (1995); Medical Warrior: Fighting Corporate Socialized Medicine (1997); and Cuba in Revolution: Escape From a Lost Paradise (2002). His recently released book is America, Guns, and Freedom: A Journey Into Politics and the Public Health & Gun Control Movements (2019). His website is https://haciendapublishing.com

This article also appeared in GOPUSA.com on September 22, 2017. The photographs came from a variety of sources and did not appear in the GOPUSA.com version.

This article may be cited as: Faria MA. Firearms and ‘assault weapons’ during natural catastrophes. HaciendaPublishing.com, September 24, 2017. Available from: https://haciendapublishing.com/firearms-and-assault-weapons-during-natural-catastrophes-by-miguel-a-faria-md/