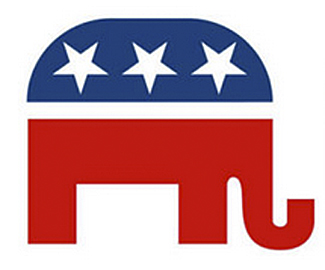 An Appeal to the GOP: Get the Republican House in Order! by Miguel A. Faria, MD

When Barack Obama was elected and re-elected president in 2008 and 2012, the GOP went out of its way to reach across the aisle to the Democrats and extend to President Obama two sequential honeymoon periods. Conservatives waited and hoped for the political pendulum to swing their way. But the future did not look bright.

Yet, despite the odds, conservative voters turned out in record numbers and elected a Republican President, Donald Trump. Incredibly, instead of getting together and working with the president, the GOP-controlled Congress became intransigent and rudderless, a party unto itself, hostile and obstructive to the Trump administration, cocky and overly fastidious about its legislative prestige and congressional prerogatives.

The Republican Party, in short, has been torn asunder with its executive and legislative branches pulling in different and seemingly capricious directions —and therefore highly ineffective. The Democrats drubbed in the 2016 election are sitting back gloating. The conservative political agenda, despite GOP control of every branch of government, even the majority of state legislatures, has become bogged down. ObamaCare was not repealed, much less replaced; immigration reform is a mess; the filling of vacancies in the lower courts is lagging behind; North Korea with the hydrogen bomb on ICBMs is threatening to use them on the U.S. territory of Guam and our allies, South Korea and Japan. The Democrats and their toadies in the Republican Party, Senators John McCain and Lyndsey Graham, have managed to create tensions with Russia, who should have been our ally in Syria and elsewhere.

Trump may be difficult to work with, but he’s still the President of the United States. And frankly, I don’t think the Republicans could have won the presidential election of 2016 without Trump and his vitality, his message to those who had felt ignored, and the support he built for himself with blue collar workers in Michigan, Wisconsin, Pennsylvania, Ohio, etc.

A magnificent 2016 GOP victory has up to now been squandered by ludicrous quarrels within an aimless GOP. This needs to stop. The President must go to Congress and fix the problem. Feathers of the fastidious and proud GOP leaders of Congress may need to be unruffled and smoothed — but be that as it may, cooperation is needed to get the work done for the good of the nation.

Republican and conservative voters waited and roamed in the wilderness for eight years, and except for the filling of the Supreme Court vacancy with a great jurist, Neil Gorsuch, much work still needs to be done.

Instead of carrying out a conservative agenda and making “America Great Again,” as Trump and the Party promised, Americans are witnessing an untenable and infantile situation between the GOP Congress and the President.

Trump also needs to consider what happened politically in the first “American dynasty.” John Adams (1797-1801), a great American patriot, lawyer and Founding Father, floundered as U.S. president. He could not lead his own party. Both he and the Federalists went on to defeat. He was a one-term president; the Federalists went into extinction. A quarter of a century later, his gifted son, John Quincy Adams (1825-1829), was elected president. He could not work with his own administration or Congress. He also was defeated at reelection, another one-term president. John Quincy Adams was also the last president of the Democratic-Republican Party of Thomas Jefferson and James Madison.

The next major political party to form, the Whigs, was a party of ideas and to win presidential elections chose victorious generals, William Henry Harrison and Zachary Taylor, as candidates. They won but unfortunately died too early in office to carry forward their party’s platform. The man who should have lead them, Henry Clay, who had a clear vision for the party, was never selected to run for president and the party went down the path of extinction after 1853. From then on, it was the Jacksonian Democrats, the Democrats of today, opposed by the Republican Party of Abraham Lincoln (1860).

One man, even if he is the U.S. President, without a political party behind him accomplishes nothing — and becomes a one-term president. Likewise, a party without a working president is doomed to extinction.

It is high time President Trump invites the GOP leadership to Camp David, iron out differences, and trace a winning plan for the good of the nation.

This commentary may be cited as: Faria MA. An appeal to the GOP — Get the Republican house in order! HaciendaPublishing.com, September 7, 2017. Available from: https://haciendapublishing.com/an-appeal-to-the-gop-get-the-republican-house-in-order-by-miguel-a-faria-md/