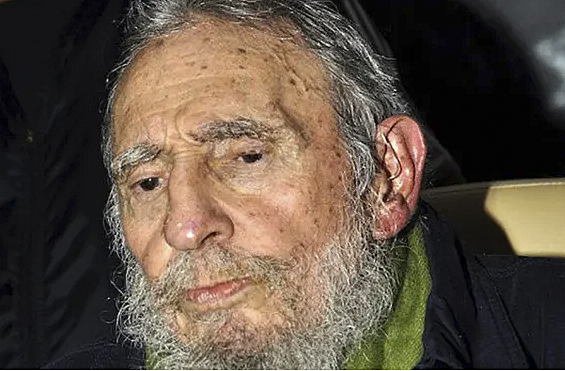 Fidel Castro is dead and history will condemn, not absolve him!

Fidel Castro is dead. Yes, the communist sultan finally expired yesterday evening, November 25, 2016. The news was ushered with an excellent editorial by the Miami Herald that argues Fidel Castro had become irrelevant. The editorial is a concise recapitulation of his life and influence for seven decades. But the truth is that despite having become irrelevant, Fidel leaves behind a twisted legacy of communist tyranny and evil personal dictatorship that cost at least 100,000 lives in Cuba (i.e., 40,000 alone trying to escape his regime*), and millions of other countless victims of wars, deprivation, and suffering throughout Latin America and Africa. He converted one to the happiest, freest, and most prosperous nations in Latin America to one of the poorest, desolate, and enslaved countries in the world. His revolution was romanticized by the media and American sympathizers, and he was hailed as a great agrarian reformer by the U.S. press. This false acclamation carried him to victory and communism “in our own backyard.”

And still today the contrast in views attests to his charisma, or rather to his legacy of evil. Recognition on one side; self-deception on the other. The Cuban-Americans in freedom are celebrating his death in Miami; the enslaved people of Cuba are getting ready to mourn him, voluntarily or not, ordered by his brother and present ruler, Raul. President-Elect Donald Trump called Fidel “a brutal dictator” and hopes the Cuban people will eventually be free. Lame-duck President Obama, who ushered in the normalization of relations with Raul and his dictatorship, claims that history is still to judge Fidel and his impact on the world — as if there was any doubt as to the wasteland, the desolation, and the suffering of the Cuban people for nearly 70 years!

The truth, though, is that Fidel’s death came as an anticlimax. Like his mentors, the communist mass murderers, Stalin and Mao, Fidel lived too long, pardoned by the Furies and the Fates, destined to die in his bed peacefully — too late to end suffering and bring about liberty for the Cuban people. And again, like Stalin and Mao, no matter how Fidel’s brutal crimes are recounted and exposed to the light of day in the years to come, he will continue to be worshiped by some people, incited by the progressive theoreticians in the ivory towers of academia, who tap on the envy and resentment that some perpetually discontented people always have against their fellowmen and the world.

Postcript: For those who want to know what Cuba was like before the Revolution, and the catastrophe that the Castro brothers and communism brought to the island paradise, watch this video. Compare this video to any video of Cuba after 20 years of Castro’s reign and cry!

* It is not surprising that these figures are estimates. Professor Armando Lago and his associate Maria Werlau at the Cuba Archives continue to investigate these deaths. From 1959 to 2005, they estimated the figure for non-combatants at 87,073. My figures include combatants from the Escambray insurgency as well as the African wars.

Miguel A. Faria, M.D. is an Associate Editor in Chief and World Affairs Editor of Surgical Neurology International (SNI). He is President of Hacienda Publishing, Inc., a retired neurosurgeon, and the author of  Cuba in Revolution: Escape From a Lost Paradise (2002). His website is https://HaciendaPublishing.com.

This article may be cited as: Faria MA. Fidel Castro is dead and history will condemn, not absolve, him! Haciendapub.com, November 26, 2016 Available from: https://haciendapublishing.com/fidel-castro-is-dead-and-history-will-condemn-not-absolve-him

A similar version of this commentary was also published in the Macon Telegraph and GOPUSA.com on November 28, 2016.

1 thought on “Fidel Castro is dead and history will condemn, not absolve him!”