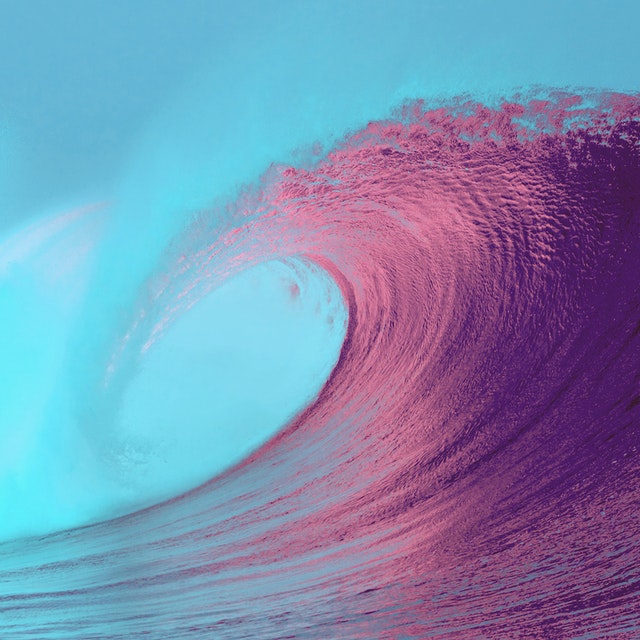 With the 2010 mid-term election behind us, we can safely say that another political tsunami swept the nation. This time the GOP ascendancy exceeded that achieved in 1994, when the Republican Party, led by the then Speaker of the House Newt Gingrich, picked up 54 seats in that legislative chamber.

In 2010, the Republicans needed to attain 218 seats in the House of Representatives to reach a majority. As I write this article seven days after the election (Nov. 9), the Republicans have won a majority with 240 seats and the Democrats are down to 188 seats. Seven seats are apparently still undecided. The House Democrats dropped from 255 to 188 seats. The GOP rose in strength from 178 to 240 seats.

It is worth remembering the triumphant scene on election night: House Republican leader John Boehner (R-OH) choking with emotion addressed a GOP crowd and said, “The American people are the big winners…Across the country right now we are witnessing a repudiation of Washington, a repudiation of big government, and a repudiation of politicians who refused to listen to the American people.” That Tuesday night, November 2, 2010, Senate Minority Leader, Mitch McConnell (R-KY), also described the GOP victories as a rejection of out-of-control spending and big government.

In the august body of the U.S. Senate, the Democrats went from 59 seats down to 53; the GOP from 41 up to 46 seats. In Alaska, the results are not in yet, and its Senate seat is the one that still remains undecided. Republican candidate Joe Miller, who was supported by Sarah Palin, has received 34 percent of the vote; Democrat Scott McAdams conceded with 24 percent; and 41 percent of ballots were for write-in candidates, most of them going, presumably, to former Republican Sen. Lisa Murkowski. The moderate politician Murkowski had lost to Miller in the Republican Primary, but refused to quit the contest and ran as an Independent in the general election.

Democrat Harry Reid retained his seat in Nevada, overcoming the strong challenge by Tea Party supported candidate, Sharron Angle, a feisty former educator, state legislator, and businesswoman. Likewise, in California, Senator Barbara Boxer, survived a challenge from Representative Carly Fiorina, a former Hewlett Packard executive. Senate Majority Leader Harry Reid (D-NV) and Senator Barbara Boxer (D-CA) had very close reelection bids and only won by the skin of their teeth, despite their seniority, their leadership positions, and the alleged “weaknesses” of their opponents.

The Democrats also held onto three open seats that had long been held by Democrats in West Virginia, Delaware, and Connecticut. Democrat newcomers in those states defeated their Republican counterparts and held onto the seats once occupied by such Democrat heavyweights as Robert Byrd, Joe Biden, and Chris Dodd.

The open seats in Florida, Utah, Kansas, Missouri, New Hampshire, Kentucky, and Ohio, which were held by Republicans, remained in the GOP with strong Sarah Palin and Tea Party support. The big winner in those states were: Marco Rubio, Mike Lee (who gained the senate seat of ousted moderate Republican Bob Bennett, who had held the seat for 18 years), Jerry Moran, Roy Blunt, Kelly Ayotte, Rand Paul, and Rob Portman, respectively. No Senate seats held by the GOP were lost to the Democrats.

In Colorado, Representative Ken Buck fought a hard battle against Democrat incumbent Michael Bennett, but lost in his strong challenge. In Washington, likewise, Dino Rossi locked horns with Democrat incumbent Patty Murray, but when the final tally came in he had also lost his bid.

A word about the U.S. Governor races is in order: Before the election there were 26 Democrat and 23 Republican governors, and one Independent. As I write this, two governor races are still undecided, but at least 8 states have switched to the Republicans. It now appears that there will be 18 Democrat and 29 Republicans governors standing, and one Independent. The only Democrat gains were in California, Ohio, and Vermont. What this means is that Republican governors will have a great influence in the redistricting of their respective states based on data of the 2010 census. This will improve the chances of augmenting GOP congressional delegations.

Of the so-called 54 Blue Dog Democrats, 24 won and 29 lost, including one seat in my own State of Georgia where Democrat Representative, Jim Marshall, lost to Republican Austin Scott. I was surprised when Sanford Bishop (narrowly) retained his seat, and John Barrow (with moderate opposition from an unknown Republican candidate) almost lost his.

The 112th House of Representatives, according to many media pundits, will be more partisan because of the loss of these moderate Blue Dog Democrats and the ascendancy of more conservative Tea Party Republicans. This will mean more of what the liberal media will call “gridlock,” but also more importantly, less “across the aisle” consensus, which in so many instances has led us down the road of socialism in recent years.

In the House of Representatives, Nancy Pelosi will no longer be the Speaker come January 2011, but she will still represent her district in California. In her stead, it is very likely John Boehner of Ohio will be the new Speaker. In the Senate, Harry Reid will still be Majority Leader, and Vice President Joe Biden will be there to continue to cast a tie-breaking vote whenever the President needs it on the Senate floor. And in 2012, President Barack Obama will still have a good chance of reelection, particularly if the conservative Republican Congress does not do its job well — i.e., the U.S. House failing to exert the power of its majority, and the Senate failing to use its power of filibuster whenever the occasion demands it. And rest assured the Obama Democrat voters of 2008 will be out in full force come the 2012 presidential election!

The fire of enthusiasm lit by Sarah Palin and the Tea Party must remain ablaze so that the American middle class will not fall back to resume the slumber of former times. As Florida Senator-elect Marco Rubio, who won handily in a three-way race, summed up the Republican political future, “We make a great mistake if we believe that tonight these results are somehow an embrace of the Republican Party. What they are is a second chance.” I agree. If the Republican Congress does not perform, they will suffer in 2012! The Republican leaders must not make the same mistakes that were made in 1994 when the Republican revolution fizzled.

The socialistic Obama legislation (e.g., ObamaCare, stimulus spending packages, government waste and abuse, fiscal irresponsibility, etc.) must cease; taxes must be reduced, enough so that the economy is jump-started bringing back jobs and prosperity! Barack Obama is no Bill Clinton, the great “triangulator,” who balanced the budget and signed welfare reform with the triumphant Republican Congress of the mid-1990s. Obama is not so inclined, and if he and the Democrat-controlled Senate do not cooperate with conservative common sense and fiscal responsibility, they should be held accountable. The House of Representatives must use its constitutional power of the purse and refuse to fund unconstitutional boondoggles, thus step-by-step reducing government to its constitutional limits.

And we do have tried and true conservative leaders in Senators Jim DeMint (R-SC) and Mitch McConnell (R-KY) and in the House with Congressman John Boehner (R-OH). Now we will have a new infusion of new leaders in Senators-elect Rand Paul (R-KY) and Marco Rubio (R-FL), and so many others in both the Senate and the House! But mark my words, if the Republicans again become complacent, compromising with socialism, increasing the national debt, and engaging the Democrats in mutual orgiastic government spending during the next two years; and then in 2012, if the Republicans again choose to be led by the likes of moderates (such as it was with G.H.W. Bush in 1992, Bob Dole in 1996, or John McCain in 2008) — they will be trounced in 2012!

Miguel A. Faria, Jr., M.D. is Clinical Professor of Surgery (Neurosurgery, ret.) and Adjunct Professor of Medical History (ret.) Mercer University School of Medicine, Former member Editorial Board of Surgical Neurology (2004-2010), Recipient of the Americanism Medal from the Nathaniel Macon Chapter of the Daughters of the American Revolution (DAR) 1998, Ex member of the Injury Research Grant Review Committee (now the Initial Review Group [IRG]) of the Centers for Disease Control and Prevention (CDC). 2002-05, Editor-in-Chief of the Medical Sentinel (1996-2002), Editor Emeritus, the Association of American Physicians and Surgeons (AAPS) Author, Vandals at the Gates of Medicine (1995); Medical Warrior: Fighting Corporate Socialized Medicine (1997); and Cuba in Revolution: Escape From a Lost Paradise (2002).