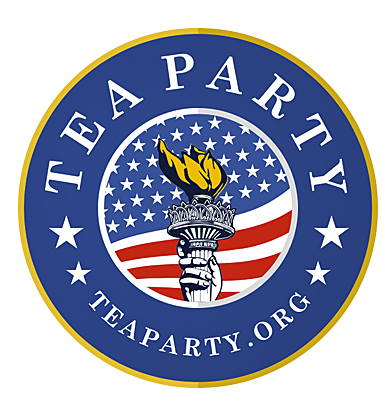 In Part I of this essay, we discussed the terms Freedom and Equality in accordance with Natural Rights theory and Constitutional governance, and then we summarized the ten planks of Karl Marx’s 1948 Communist Manifesto. We showed how our Constitutional Republic has been eroded toward a Social[ist] Democracy by the infiltration of those Marxist planks in our polity. Now let us consider the more specific problems of the rising national debt due to the growth of government and unchecked, malevolent social spending and wealth redistribution. Let us also note the war against the middle class being waged by the Obama administration to enforce the aforementioned legal plunder, effect wealth transfer from one group of citizens to another, and exert its authoritarian will over the rights of the states (e.g., ramming through a bailout stimulus package while vehemently opposing extension of President Bush’s middle class tax cuts; forcing a draconian ObamaCare provision that compels citizens to buy something they do not want or else be penalized with fines as if they were criminals; ordering an Arizona Immigration lawsuit to go forward irrespective of the views of the people of that state, etc.).

Beginning with Woodrow Wilson’s “making the world safe for democracy,” the 16th and 17th Amendments; FDR’s collectivist New Deal; continuing with Lyndon Johnson’ Great Society, (e.g., Medicare, Medicaid, welfare, etc.); and the rapid, debt-ridden expansion of government spending to effect socialism, do we live today in a Constitutional Republic, or an oligarchical, Social[ist] Democracy? And despite the trillions of dollars spent by the government, sinking this nation deeper and deeper into debt—does the middle class have much to show for it today? The so-called “downtrodden” and the government-dependent poor have been given relative security and comfort via Medicaid, public housing, food stamps, at the expense of the work ethic, not to mention dignity. Productivity is down but, illegitimacy, illiteracy, obesity, indebtedness have all gone up. Many of the government-dependent poor, in fact, have become idle, morbidly obese, living unhealthy lifestyles, and plagued with self-destructing behaviors courtesy of the government and the Great Society. Why work when you don’t have to? The government takes care of everything, courtesy of other tax-paying Americans?

On the other hand, many in the hard-working, lower middle class, are barely eking out a living. Because they work, they don’t qualify for many government programs. Overburdened with oppressive taxation, the loss of their farms and businesses, not to mention their homes with still rising foreclosures and tax sales, they are being crushed by a government that only pays them lip service. The rest of the middle and upper middle class, have been adversely affected too in this recession, with all of the above, plus the fact that they paying almost ALL the federal taxes and are being forced to implement all sorts of expensive, onerous regulations in their businesses. As the creators of jobs and entrepreneurs, they still produce the lion’s share of the economic output, not to mention create the much needed jobs necessary to jumpstart the economy. Instead the Obama administration is waging war against the middle class with taxation, runaway government spending (at their expense), obstructionist tactics, and class warfare rhetoric. President Obama should be providing them with much needed economic relief: The Bush middle class tax cuts need to be renewed; government spending must be reduced to its constitutional limits (e.g., where in the constitution is the federal government allowed to meddle in education?); racial, ethnic, and religious reconciliation should be effected rather than fomented (e.g., what can be more divisive and insensitive than a Mosque placed on Ground Zero?), etc.

I don’t expect President Barack Obama, Senate Majority leader Harry Reid and House Speaker Nancy Pelosi to change their socialist course. But, I do hope the electorate will take back their government in the November election. The Tea Party movement is up and running, energizing freedom-loving Americans, many of whom have never really participated in government until now. Many Americans in the Tea Party movement only want to be left alone by their government. But government arrogance and expansion, and creeping socialism have reached too far. The creeping vines are no longer creeping; they are suffocating, so that the citizens have finally awoken to the danger. As in a horror movie, Americans are now finding themselves enmeshed, and they must cut themselves loose before they are strangled. The question before us is: Are we too late to escape the suffocation? Are we too late to rescue our Constitutional Republic from the stranglehold of socialism? Can we proudly assure Ben Franklin that we have kept our Republic?

Miguel A. Faria, Jr., M.D. is a Clinical Professor of Surgery (Neurosurgery, ret.) and Adjunct Professor of Medical History (ret.) Mercer University School of Medicine; Member, Editorial Board of Surgical Neurology, an International Journal of Neurosurgery and Neuroscience, the Official International Journal of the Neurosurgical Societies of Belgium, Brazil, China, Romania, Russia and Taiwan (Published by Elsevier) 2004-2010; Ex-member of the Injury Research Grant Review Committee (now the Initial Review Group (IRG)) of the Centers for Disease Control and Prevention (CDC). 2002-05;  Founder and Editor-in-Chief of the Medical Sentinel (1996-2002; now Editor Emeritus);; Author, Vandals at the Gates of Medicine (1995); Medical Warrior: Fighting Corporate Socialized Medicine (1997); and Cuba in Revolution: Escape From a Lost Paradise (2002).

This article may be cited as: Faria MA. Freedom versus Equality (Part II). GOPUSA.com, August 31, 2010. Available from: https://haciendapublishing.com/faria-freedom-versus-equality-part-ii.