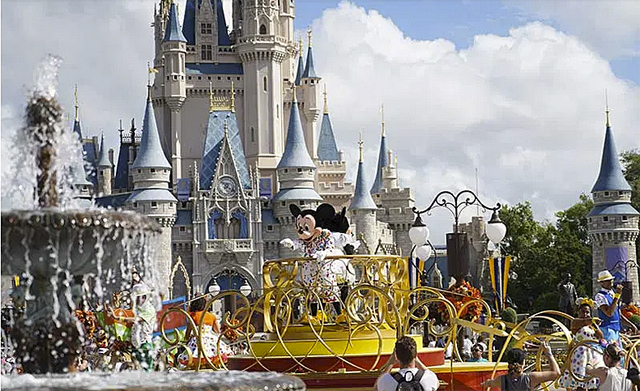 Disney’s Not So Magic Wokedom by Jeff Crouere

For decades, the Walt Disney World Resort enjoyed tremendous growth in the state of Florida. It has become the largest vacation resort in the world, attracting an amazing 58 million visitors per year.

Disney achieved this lofty status due to its reputation as a family friendly destination. Unfortunately, in the last few weeks, Disney’s standing has been completely upended.

Unlike media reports, the legislation does not permit any discrimination against any individuals, regardless of gender or sexual orientation. It simply protects the innocence of students in kindergarten through third grades and prevents teachers from introducing subjects related to sexual orientation or gender identity.

The law permits parents to protect their young children from being exposed to these adult topics. It also allows parents to sue if schools or educators violate this law.

Chapek and Disney executives were enraged over the new law. The Disney CEO called it “yet another challenge to basic human rights.” He apologized to members of the LGBTQIA community for not being a “stronger ally” and vowed to fight for the bill’s repeal.

In response to the new law, Disney executives held virtual meetings. Some of these videos were leaked to the public and exposed their left-wing agenda.

For example, Disney Diversity and Inclusion Manager Vivian Ware claimed that their theme parks would change their greeting to patrons. Instead of saying “ladies and gentlemen” or “boys and girls,” the new message will welcome “Dreamers of all ages.” Karey Burke, Disney Corporate President, expressed her support for displaying “many, many, many LGBTQIA characters in our stories.”

Not to be outdone, Disney Production Coordinator Allen March vowed to explore “queer stories,” while Executive Producer Latoya Raveneau admitted to a “not at all secret gay agenda” and to “adding queerness” to various children’s programs. She also claimed that Disney executives were “going hard” to support her activities.

Not surprisingly, these revelations shocked millions of Americans. It seems the Walt Disney Corporation, the creator of beloved children’s programs, characters, and theme parks, has turned into a bastion of left-wing progressivism.

In response to these discoveries, hundreds of protesters gathered in Burbank, California on Wednesday, outside the gates of Disney studios, to express their outrage. One unidentified employee addressed the crowd and noted that it is “very hard to be someone who has conservative values” and works at Disney.

With Disney’s far-left agenda disclosed, some Republican leaders are calling for their tax benefits to be eliminated. In a March 31 news conference, Governor DeSantis discussed the possibility of overturning the 1967 Reedy Creek Improvement Act.

Disney controls almost forty square miles of property in the Reedy Creek Improvement District in Florida. The legislation has allowed Disney to benefit from over five decades of relief from local and state impact fees, regulations, and building codes. These benefits are unique to Disney and are not bestowed on the other theme parks in Florida. If the Governor and Republicans in the state legislature are successful in repealing the law, it will be extremely costly for Disney.

These benefits are just the tip of the iceberg for Disney. U.S. Congressman Matt Gaetz (R-FL) believes it is time to end an unfair state corporate tax loophole Disney receives.

According to Gaetz, Disney would pay the state of Florida an additional $591.7 million annually if “combined reporting of state income taxes” was used. He said that Florida taxpayers have to “shoulder” this burden “because Disney has fancy lawyers, lobbyists and accountants.”

In an opinion piece for the Orlando Sentinel, Gaetz wrote, “The Walt Disney Company, which grossed $72.9 billion last year, should be accurately reporting its income in the states and countries where its business is conducted.”

Gaetz is not the only Republican examining the multitude of benefits that Disney enjoys. Republican Study Committee Chairman Jim Banks (R-IN) expressed his opposition to the renewal of the Mickey Mouse copyright in 2024.

In a stinging letter to Chapek, Banks wrote, “Given Disney’s continued work with a Communist Chinese regime that does not respect human rights or U.S. intellectual property and given your desire to influence young children with sexual material inappropriate for their age, I will not support further extensions applicable to your copyrights, which should become public domain.”

The conservative opposition to this “woke” agenda only emboldened Abigail Disney, the granddaughter of co-founder Roy Disney. In an editorial for the Washington Post, Disney claimed that the supporters of “Florida’s Parental Rights in Education” law “will not be satisfied until they have erased an entire class of human beings.”

Of course, such hyperbole is utter nonsense, but Disney is a far-left radical who wants her namesake’s corporate leaders to become even more progressive. She wrote, “The only option for corporate leaders is to stand tall for authenticity, generosity, joy, and decency. These things are kryptonite for the right-wing agenda. Fortunately, they are also the heart and soul of the Disney brand.”

While Chapek, Abigail Disney and the myriad of other corporate executives are incensed at Florida’s new law, there is no outrage about the recently announced expansion of Disney+ streaming service. Among the countries that will start to receive this programming are ten countries that are known for anti-gay laws.

Thus, the Walt Disney Corporation, which also embraces the repressive regime of communist China, is completely hypocritical and disingenuous. If it genuinely cared about their woke agenda, Disney would not be expanding into such countries or doing business with a communist dictatorship.

Since Disney is intent on creating political battles in this country, Republicans and others, who are supported by a majority of Americans, and want to protect children, should be more than willing to engage them.