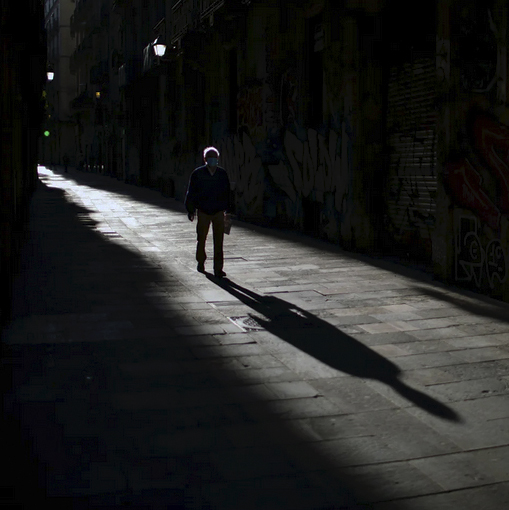 The FBI has finally admitted that, after deciphering encryption, the Saudi military trainee involved in the Pensacola Naval Base shooting of December 2019 — in which three U.S. soldiers were killed — had been in contact with Al-Qaeda for years.

And immediately in the wake of this revelation, we have just had another shooting at the Naval Air Station Corpus Christi, Texas (May 21, 2020. This time by 20-year-old Adam Salim Alsahli, who was a student at the Business Administration Department at Del Mar College (2018-2019). Alsahli was killed by the Navy police, and a sailor was injured, requiring a brief hospitalization. Alsahli had posted statements expressing support for radical Islamic groups  (Al-Qaeda) and exalting jihadist ideology. The FBI suspects that “a potential second related person of interest may still be at large.”

Americans must be wondering why we aren’t vetting Islamic students more carefully before we allow them to enter this country; and once they do, why not monitor their activities for a reasonable period of time. I don’t mean surveillance of their every move. America is not a police state. But yes, profiling and then monitoring postings on social media while in this country as students on a foreign visa..

And if this seems to be too invasive, why, then, not cut off altogether granting student visas from those Islamic countries known to harbor terrorists until this war on terror is over. We are at war with terrorists, are we not? And we must also ponder why our personnel at military bases are not allowed to go about armed. This insane sitting duck policy must end, given the times in which we live and the example of dozens of shootings within America and on U.S. foreign bases, particularly in the Middle East.

After the usual delay, the Pensacola, Florida, Naval Air Base shooting that took place on December 6, 2019 was found to be an act of terrorism by the Department of Justice. Three American servicemen were killed in the attack. A background check that should have been made before the Saudi airman was admitted in the United States, not to mention to the air base, showed that he had been indoctrinated by radical Islamic fundamentalism and jihadist ideology. The Department of Justice investigation revealed, “17 Saudi servicemen training at U.S. military bases shared jihadi or anti-American propaganda on social media.”

Now twenty-one Saudis have been expelled from the air base training program and will be returned to Saudi Arabia. Why are we not profiling immigrants as we should, especially those from Islamic countries, to determine who can enter our nation and who can join our military before tragedy strikes?

It was also reported that there were “roughly 852 Saudi nationals training with the U.S. military under a cooperative agreement.” I wonder how many foreign cadets there are from Pakistan, Egypt, Sudan, and other Islamic nations listed in the 2017 travel ban such as Somalia, Libya, Iraq, and Iran? We should be scrutinizing them as well. Are there more potential jihadists among those trainees still in our midst, potential tinder boxes ready to be lit?

These  latest terrorist attacks have not been the only one on our soil. We have had at least three other major attacks triggered by Islamic jihad in the last five years worth mentioning. The San Bernardino terrorist attack that took place on December 2, 2015 resulted in a massacre in which 14 people were killed and 22 others were injured. This rampage was motivated by “home grown” Islamic radicalism.

The Orlando nightclub shooting took place on June 12, 2016, when Omar Mateen, a 29-year-old security guard, opened fire and killed 49 people and wounded 58 others inside Pulse, a gay nightclub in Orlando, Florida. This shooting incident was similarly motivated by Islamic terrorism and the jihad being waged against America and the West. This shooting, the deadliest terrorist attack on U.S. soil since September 11, 2001, was initially blamed on guns by both the media and the Obama administration. Then it was blamed on the preponderance of hate crimes against LGBT people — ignoring the fact Mateen had ties to ISIS as revealed by the 911 call he made in the midst of the rampage. Yet, the shooting was politicized for the promotion of two political agendas, namely gun control and hate crimes, rather than blaming it on the obvious — Islamic terrorism.

A third incident took place in New York City underscoring not only the increasing terroristic threat to American cities but also the use of cars and trucks to plow into unsuspecting crowds with mass casualties of innocent people. The Halloween truck attack (photo, left) on October 31, 2017 in Manhattan a few blocks from the site of the Twin Towers emphasizes the switch from mass shootings caused by deranged citizens to deliberate jihad by foreign and domestic Islamic terrorists. Many other Islamic terrorist incidents, unlike those of deranged madmen, are only slightly covered by the liberal agenda-driven media and go largely unnoticed by the public.

Our faulty immigration laws and virtually open borders facilitate Islamic terrorism in this country. Again, the question that begs to be answered is why were these men, potential terrorists, not properly vetted and their ideology detected before they were allowed into this country? How long are we going to continue the insane policy of allowing foreign nationals, who are known or should be known to embrace radical Islam, to enter this country and be capable of conducting acts of terrorism on our soil?

Miguel A. Faria, M.D., is Associate Editor in Chief in socioeconomics, politics, medicine, and world affairs of Surgical Neurology International (SNI). This article is excerpted, updated, and edited from his recently release book, America, Guns, and Freedom: A Journey Into Politics and the Public Health & Gun Control Movements (2019).

This article may be cited as: Faria MA. Detecting Jihadists Could Prevent Terrorist Mass Shootings — A Reappraisal. HaciendaPublishing.com, May 29, 2020. Available from: https://haciendapublishing.com/detecting-jihadists-could-prevent-terrorist-mass-shootings-a-reappraisal-by-miguel-a-faria-md/