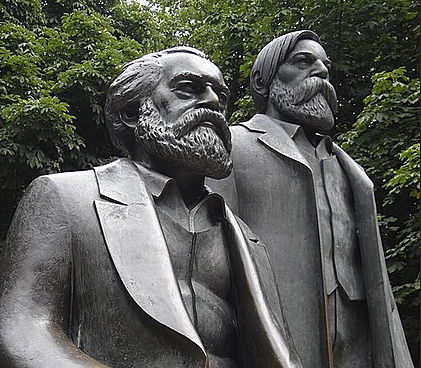 The Sword of Revolution and the Communist Apocalypse by Cliff Kincaid is a well-written and concise synopsis of several key events in recent history, as well as contemporary events. First is the exposé on President Barack Obama’s communist connections prior to his election as President. These are revelations that the mainstream media should have investigated and then either denied or confirmed them. Indeed Cliff Kincaid proves beyond a shadow of a doubt that Obama was deeply influenced by a Marxist, who in Obama’s own words was a most influential person in his life — i.e., Communist Party member Frank Marshall Davis, a suspected espionage agent, as well as a “pornographer and pedophile.” How these fully-documented revelations came to light make for very interesting reading!

The second assertion is more problematic: That China is still a communist power steeped in the use of Marxist dialectics and bent on world domination, if not via war, via deception. I have no problem with that assertion as far as China is concerned, but I have a problem including Putin’s Russia. Kincaid suggests that Russia is still run by the communist KGB under Putin and that the country has a shadow communist or secretly-communist government — still using deception to fool the West for economic concessions as well as create a climate of complacency as they proceed with their plans of world domination.

Even if you are like me and disagree with some of his conclusions, such as the inclusion of Russia along with China in the communist camp, Kincaid’s collected facts and logical reasoning makes you stop to think and rethink world events to reassess your opinion to maintain or discard it.

Kincaid’s arguments coincide with the great KGB defector Anatoliy Golitsyn, who I have studied at great length over the years. Golitsyn postulated a series of deceptions that would come about as Soviet Russia unfolded its plan for world domination. Among these deceptions were so-called major reforms of the Soviet system which were nothing but deceptions to fool the West — e.g., Lenin’s New Economic Policy (NEP),  Khrushchev’s denunciation of Stalin and his Cult of Personality, Brezhnev’s Detente, and even Gorbachev’s glasnost and perestroika.

And this leads to a third assertion that the Sino-Soviet Split of the 1960s-70s was phony. That it was another deception, merely a communist difference of opinion on communist orthodoxy, and purely an exercise in Marxist dialectics aimed to strengthen communism in each country by mutually constructive criticism. This well-known communist ritual for self and collective introspection and recrimination is not serious feuding among friends but aimed at strengthening each other in their respective orthodoxies. But America was duped and the deception resulted in the Nixon-Kissinger “opening up” of Red China and the betrayal of our ally Taiwan, supposedly to drive a wedge between the two communist superpowers.

I have another explanation: That our phony conservative Republican leaders Nixon and Kissinger wanted to be fooled for their own gratification and self congratulation, if not outright deliberate betrayal for the New World Order (NWO). As a teenager at the time, having lived through a communist revolution in Cuba and the formation of a police state, I knew that although they might have had an ideological dispute, communists can be relied on to remain communists to death and would join hands with each other before they would break camp to join their ideological enemy. They would never join the hated capitalist and alleged American imperialist and colonialist enemy against another communist country.

Kincaid relies heavily on a “former intelligence community official” who concludes that the USSR did collapse because Mikhail Gorbachev’s glasnost and perestroika went too far and got out of hand. The Chinese hypothesized that this catastrophe happened because of a major political miscalculation, when in reality the Soviets should have used economic dialectics as the communist Chinese continue to use successfully today.

The book’s final chapters explain the deceptions employed in materialistic Marxist dialectics as explained to Kincaid by the anonymous intelligence official, who affirms the communist camp still depends on the instigation of tensions, unrest, and the revolutionary struggle to bring about drastic societal changes as well as deception to transform society, and if necessary, foment violent revolution as to achieve complete world domination. America and the West must beware of communist deception, learning the workings of Marxist dialectics and remaining alert and vigilant — if the West is to survive as a civilization and America as the beacon of liberty.

I highly recommend this book for a general audience, especially for those who wish to learn how communism works, how it attains its goals without necessarily going to war — but by deception. Communism is not dead. It is still hiding behind “socialism with a human face,” burrowing like a mole under the surface, undermining the foundations of freedom and our American way of life. The mainstream liberal media is complicit in its designs. We must alert our leaders, who remain unaware by neglect or by design, of the dangers still at hand. Get this small book and read it!

This article may be cited as: Faria MA. Marxist Dialectics Are Alive and Well and Communists Still Seek Work Domination. HaciendaPublishing.com, June 8, 2020. Available from: https://haciendapublishing.com/marxist-dialectics-are-alive-and-well-and-communists-still-seek-world-domination-by-miguel-a-faria-md/