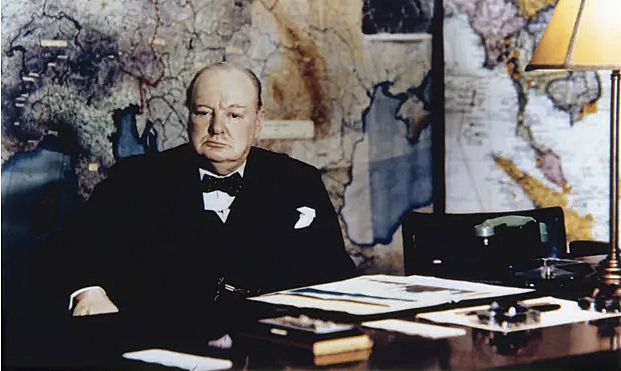 This a great book for history buffs and World War II aficionados. The author, Louis C. Kilzer, a respected journalist who has twice earned a Pulitzer Prize, has written an intriguing book. I must respectfully disagree with the unfavorable Amazon book reviews that have been posted so far in this forum, and so I am adding my contrarian view’s nickel’s worth. This book reads like a suspenseful, historic novel, fast-paced and well written. The facts in the narrative are substantiated by carefully selected letters, interviews on file, intelligence intercepts, top secret documents, including the Black Bertha files of the KGB released in 1991 with the collapse of the Soviet Union.

This is the story of how British Prime Minister Winston Churchill with the assistance of the Secret Intelligence Service (SIS) conceived of a deception strategy to encourage Hitler to turn his war machine on Soviet Russia to save England from the German onslaught. Perhaps the facts have not been incorporated in the official history books to save the British government from possible embarrassment; but it should not. Churchill had to do what he did to put the safety of the British Empire and its citizens above all else.

Churchill had read and studied Mein Kampf and knew to some degree how the mind of the Fuhrer worked. Hitler had an obsession with preservation of the British Empire and Nordic solidarity between the two countries, England and Germany. Churchill knew this and also understood that Hitler’s main objective was to invade and conquer the east and establish hegemony over Central and Eastern Europe. Hitler also detested Stalin and Bolshevism. He also wanted lebensraum (living space for the German Volk) in the east, Poland, the Ukraine, White Russia, etc.

After the Anschluss with Austria, the seizure of the Sudetenland and then the rest of Czechoslovakia, and finally the blitzkrieg and partition of Poland — France and England, distrusted the Fuhrer and were committed to war with Germany. The Phony War was a period of overt inactivity but covert negotiations and peace feelers but they led nowhere.

After Hitler’s Western conquests — i.e., Denmark, Belgium, Norway, the Netherlands and France — he wanted to make peace with England, so he could turn his attention to the conquest of the east, particularly, the Ukraine and the Caucasus, where he needed the Soviet oil fields to run his Panzers. But Churchill refused to make peace openly. Instead Churchill created a fake, unofficial, and secretive “Peace Party,” which included the Duke of Windsor and the Duke of Hamilton, and with the connivance of the British SIS finally lured Rudolf Hess, Hitler’s trusted Deputy Fuhrer, to come to Scotland to negotiate an Anglo-German peace.

Hess’ secretive solo flight was to end with his landing at the Duke of Hamilton’s estate at Dungavel House. In other words, this was a planned mission authorized secretly by Adolf Hitler and manipulated by the SIS. Churchill wanted to hedge his bets and encourage Hitler and the Wehrmacht to turn eastward and abandoned the Battle of Britain. In fact, the day that Hess parachuted in Scotland, May 10, 1941 was also the deadliest for England, as Reichsmarshall Herman Goering unleashed his Luftwaffe with a vengeance to force England to reach an understanding with Hess while he was in England and before Germany launched her Operation Barbarossa, an invasion that began like thunder barely six weeks later.

Kilzer intimates that later, while England waited for the outcome of Operation Barbarossa, the German Invasion of the Soviet Union of June 22, 1941, Hitler became convinced that his western flank was protected and that an understanding had been reached between his captive Deputy Fuhrer Hess and the British “Peace Party,” the fake front organization which was in fact orchestrated by Churchill.

According to Kilzer, when Joseph Stalin found out about this Hess Affair “deception” a year and a half later in October 1942, it marked the beginning of the cold war. I disagree with this assessment. With all that we now know of Stalin’s personality and his reign of terror, mass murders, the revelations of Aleksandr Solzhenitsyn’s The Gulag Archipelago, government-contrived famines, purges, repressions, and hatred for the West, the cold war would have happened, as in fact it happened, even before World War II was over, regardless of the Hess Affair. We do know this from the nest of spies that Stalin was already employing against his Western “allies,” even before the Hess Affair.

I also disagree with Kilzer that had Churchill made peace with Hitler, the 50 million lives of World War II, including 6 million Jews, could have been saved. Had an Anglo-German understanding been reached in 1941, perhaps all of the conquered territories of Western Europe may have regained their freedom (Hitler was prepared to so, if only England would have signed a peace treaty and given him a free hand in the east and the continent). England would have also preserved herself, but that was it. Hitler would have proceeded with Operation Barbarossa and the conquest of the East, as he had planned, along with the extermination of the Jews, even with more confidence, as he had pledged himself to do in Mein Kampf. England has nothing to fear from the truth; after all, at the time of Operation Barbarossa, it was not England but Nazi Germany and Soviet Russia were the allies, the mutually-stabbing partners, signatories of the shameful 1939 Molotov-Ribbentrop Non-Aggression Pact, in which they dismembered the Baltic states and Poland. Great Britain has nothing to fear from the revelation of this deception and Winston Churchill’s legacy is secured! With these caveats, this fascinating book is highly recommended.

This article may be cited as: Faria MA. Churchill’s Deception: The Dark Secret That Destroyed Nazi Germany by Louis C. Kilzer. HaciendaPublishing.com, June 19, 2011. Available from: https://haciendapublishing.com/churchills-deception-the-dark-secret-that-destroyed-nazi-germany-by-louis-c-kilzer/.