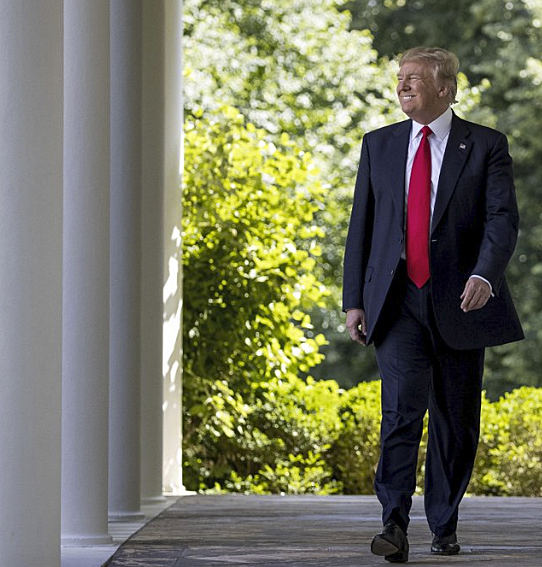 Book Review —Trump’s big agenda for conservatism and restoring America — according to David Horowitz by Miguel A. Faria, MD

This article is a review of Big Agenda: President Trump’s Plan to Save America (2017) by David Horowitz, an instructive and engaging tome that can be read at one sitting. Horowitz begins with a discussion of the dissension in the Republican ranks with Trump’s candidacy for the presidency. And he is correct when he writes that many Republicans were erroneously and unproductively fighting as hard to defeat Trump — particularly some even in the cast of the old George H.W. Bush mindset — as they did to defeat the Democrats in previous elections. These were mostly RINOs or envious rivals; sadly they also included Jeb Bush, Mitt Romney, etc.

But many Republicans also did not support Trump because they did not believe he was a true conservative and at times his philosophy seemed muddy. Ted Cruz was in this camp; but Cruz seems to have learned that as, Horowitz wrote, Trump has as big or a bigger chance to change America for the better than Ronald Reagan. I remembered that I did not support George H.W. Bush (#41) in the election of 1992 because I considered him a moderate Republican but not a conservative. He derailed the Reagan revolution. I voted for the libertarian Bob Barr, who although a libertarian, had a strong and persistent conservative streak.

Horowitz writes that Trump was correct when he said that corrupt Hillary has a lot of “hatred in her heart” and deserved to have lost the election. I agree with them the progressive movement is an evil ideology that must be fought, as Solzhenitsyn and Reagan fought the evil empire — morally, with conviction, and forcefully.

Horowitz points out that the Democrats use political correctness and character assassination to get through socialist legislation and destroy what this nation has stood for. I concur and will return to and expound on this issue later.

Chapter 7, “No Rules for Radicals,” has been well-developed in other books by Horowitz, and I agree completely in the general tenor of this chapter about how radicals think and operate in lockstep with their party ideology, whether it be American democrats or former Soviet communists. This is another way to understand why the progressives are collectivists rather than individualists. In short, Democrats are not going to take Trump and his agenda lying down. They will fight tooth and nail to stop him.

But after all, what is Trump’s agenda? According to Horowitz’s Big Agenda, “Trump’s likely moves, include his first wave of executive orders — restoring Guantanamo, KeystoneXL, nixing amnesty; second, surprising judicial appointments — Supreme Court and the federal judiciary; third, radical changes to federal rules and regulations — Obamacare, EPA overreach, and a New Deal for black America.”  To learn the nuts and bolts of this agenda, the book should be read because Horowitz goes beyond what Trump has said, explains the agenda, and explains why these political actions are necessary.

Horowitz argues that the agenda of Obamacare, the environmental movement, race-baiting, and other Democrat policies is the institutionalization of socialism, enforcing collectivism, increasing government control and ending individual freedom — in other words, unravel the fabric of this nation.

I agree with what Horowitz has to say on the shortcomings of globalization and the threat of radical Islam. We learn amazingly how the intelligence agencies, particularly the CIA, have changed for the worse during Obama’s two terms. They do not seem to recognize the real enemies and the real threats. Horowitz argues that the Democrats are using their supposed tolerance for Islam as a weapon to destroy America and institutionalize an intolerant, repressive, socialist, illiberal “democracy,” which one must conclude could be worse than even the most oppressive social(ist) democracy in Europe.

In page 85, Horowitz throws gems of eloquence and wisdom when he describes the scorched earth politics of the liberal Democrats, who euphemistically referred themselves as progressives, to get what they want at any price:

Progressives are willing to lie, defame, and destroy for their cause because they are imbued with the idea that what they are doing is noble. They see themselves as the champions of the powerless, voices of the voiceless, defenders of the underrepresented, the downtrodden, and ‘the people of color’ who are everywhere oppressed. They are intoxicated with their own virtue, which is why no crime they commit or deception they practice can shame them or cause them to break with their own rank.

I’m afraid though that if the GOP was to formulate the inner city welfare and educational policies described in Chapter 3, which smack of wealth redistribution (“Trump’s New Deal for Black America”), then we would be institutionalizing more welfare, more socialism, as well as racial, ethnic (and eventually gender) preferences that would demand more taxes borne, as usual, by the middle class. I don’t agree with what seems to be suggested — that we should establish preferences for certain ethnic, gender, or transgender groups; be they women, Hispanics or African-Americans. Instead we should establish a more level playing field with equal opportunity for all, but not necessarily equality of result.

I agree with Horowitz’s call for ending indoctrination in our schools, and playing hardball to stop the Democrats. Finally in the last chapters I’m not quite convinced with Horowitz’s and Trump’s idea that “placing America first” entails the need for excessive protectionist economic policies akin to old mercantilism. I generally believe in free trade. I believe American goods are overpriced because of trade unions and over generous benefits that employers and businesses can no longer afford. But we should be willing to give Trump’s policies, once passed Congress, a chance to succeed because, after all, he won Michigan, and possibly Pennsylvania, Wisconsin and Ohio because of his calls for protectionism.

I’m also in accord with Horowitz’s title of Part 3 that the time has come for conservatives to take the gloves off. And I love his description at the bottom of page 80 and top of page 81 on the conviction and tenacity needed by Republicans to fight the crooked view upheld by Bernie Sanders, the self-described socialist senator’s commitment to collectivism, and Sanders was even unfazed by the collapse of the evil empire. He continued to push for the implementation of socialist policies in America, right through his candidacy for president and beyond to this day!

Horowitz’s Big Agenda should help GOP leaders understand what needs to be done, keep their feet to the fire, and make them understand why the GOP leadership should jump on the Trump bandwagon. The Republicans must learn the lesson of fighting with conviction and forcefully for their ideas and policies. Horowitz believes that the Republican Congress must play hardball against the illiberal, socialist, authoritarian Democrats.

This is an insightful book, a road map for the Republican Party; informative and instructive for lawmakers and citizens alike. Those who enjoy politics will enjoy this book; conservatives will find much they agree with; and other than politicians and lawmakers, those citizens in the middle may benefit the most by convincing themselves of the need to become better informed conservatives. Big Agenda may also serve as an introduction to Horowitz’s older, revealing epic tomes, such as Radical Son and Destructive Generation, masterpieces that are still quite relevant and informative.

This article may be cited as: Faria MA. Book Review —Trump’s big agenda for conservatism and restoring America — according to David Horowitz. HaciendaPublishing.com, February 20, 2017. Available from: https://haciendapublishing.com/book-review-trumps-big-agenda-for-conservatism-and-restoring-america–according-to-david-horowitz-by-miguel-a-faria-md