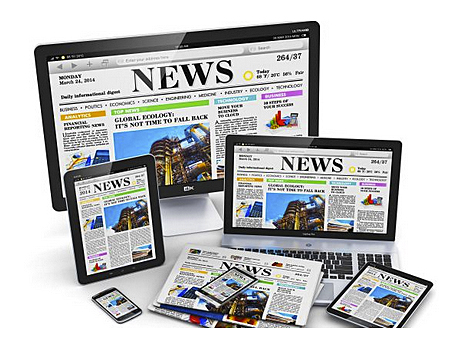 The threat is no longer the Russians but our own hypocritical establishment on the Left by Miguel A. Faria, MD

The threat is no longer the Russians but our own hypocritical establishment on the Left — beginning with the media and Hollywood and ending with academia and the liberal establishment.

We hear from the mainstream media (MSM) ad nauseam the accusations and lamentations about the alleged influence exerted by the Russians and Vladimir Putin over the U.S. presidential election of 2016. Not one iota of evidence has been provided to support these claims, so we could categorize these accusations attempting to pass as objective reporting as veritable fake news. The liberal establishment, the Democrats,  and their allies in the press continue to be in denial about the election result, and will do whatever is necessary to attempt to delegitimize and derail the Trump presidency. But the truth is that Left and the liberal political establishment are over their heads because the freshness of prosperity, optimism, and confidence that are palpable in the air, reflected not only in the stock market but also in turning around of the wheels of the American economy. Ignore the fake polls, the fake media coverage, and the farce that tries to pass for objective reporting promulgated by the MSM talking heads. Better times are ahead despite the shameful and unprecedented battle the media and their political allies have been waging against Trump and his administration, using the Russian interference in the election as a diversionary weapon.

Once upon a time, there was the Evil Empire of the Soviet Union — namely communist Russia — armed with more than 30,000 ballistic intercontinental and other strategic long-range nuclear missiles aimed against the West and the United States. Even though it was called the cold war, American and Russian advisors advised and even directed surrogate armies in one camp against armed insurgencies in the other, supporting opposite sides of the conflict. Americans fought the communists in Vietnam. Russians fought freedom-fighters in Hungary, Czechoslovakia, and Afghanistan.

Few movies were made in Hollywood depicting this struggle for freedom against communist tyranny during the 70-plus years of Soviet totalitarianism and expansionism. The Russians had pledged they would overthrow capitalism and freedom, that they would bury us in the ash heap of history, and that Soviet communism would triumph. In this expansionist effort they waged a cold war, that at times became quite hot — against the United States and freedom.

Yet, Hollywood was mostly silent; few films could be called patriotic, pro-American, pro-Western, vis-a-vis the communist Russians. John Wayne’s “The Green Berets” was an exception. Later with the patriotism of Ronald Reagan came a few more films such as those of Sylvester Stallone and Chuck Norris. The British James Bond films were a gentle reminder that a cold war was being waged in the shadows. But war and violence were still being promoted in Hollywood for profit in the form of street violence and even in passé World War II films, where the Nazis and the German people were reminded repeatedly of their past evil deeds, castigated time and again — but not the Russian communists. When it came to the Soviets, the silent patriotism of Hollywood was deafening. And it still is!

Academe in the form of professors in video documentaries addressed the Soviet Union with a respect one would use to describe a democratic country. The mainstream media referred to the collective thuggery of the Soviet leadership of the 1970s and 80s — including those of Leonid Brezhnev and Yuri Andropov — with a respect and even admiration that Vladimir Putin and his predecessor, Boris Yeltsin, could have only dreamed of. When KGB Chairman Andropov assumed the top post of Soviet leadership in 1982, the media willingly fell for KGB disinformation and published ridiculous claims that Andropov, this most ruthless of Kremlin villains, who had participated in the crushing of the Hungarian Revolution of 1956 and ordered incalculable acts of KGB repression, including the attempted assassination of Pope Saint John Paul II — “enjoyed jazz and gypsy music,” “relaxed with American novels,” “spoke English” and was a “witty conversationalist.”  How is that for fake news, not to mention slavish sycophancy!

During the FDR and Truman administrations the U.S. government was heavily infiltrated by communists and fellow travelers, who not only influenced but altered American policy in favor of the Soviets. Communist front organizations, such as the Lawyer’s Guild, the World Peace Council, the Institute of Pacific Relations, etc., also infiltrated Hollywood, the peace movement, academia, subverting freedom and the American way of life. Had the Marxist theoretician, Antonio Gramsci (1891-1937), been alive up to the time of Ronald Reagan, the Italian communist would have been pleased with what the Russian communists had achieved in the form of subversion of the West and the United States! And when those subversive organizations were later outed, there was no media outrage, only excuses if not outright sympathy. For example, as early as the case of the Amerasia magazine scandal in the 1950s, the media defended the front Amerasian organization and its agent, the U.S. diplomat John Stewart Service, a fellow traveler and associate of communist traitor Solomon Adler; both helped Mao Zedong in his takeover of China in 1949.

Despite all the evidence to the contrary, the MSM, also kept for years bringing up the possible innocence of Alger Hiss and the Rosenbergs, as if there was a shadow of doubt about their guilts. The MSM and the liberal establishment continued to treat these fellow travelers and the Soviet front organizations (agencies of influence) where they operated, as if they were loyal citizens working in legitimate organizations. In fact they were working for the Soviets.

Academe represented by students and professors and led by left-wing radicals danced to the tune of the Soviet KGB and the Kremlin, rioted, rallied, and chanted “Better Red than Dead.” The MSM covered their rallies sympathetically and pontificated against supposed Western provocations and crowed about Soviet “peaceful” intentions. Go figure!

But now that Russia has a democratic form of government, Putin, autocratic as he might tend to be, is still the duly elected president of that largest country in the world and very popular with the Russian people. Yet he is  being treated by the press and even some media-pandering Republican politicians (i.e., John McCain and Lindsey Graham) as a sworn enemy of the United States and with a disrespect and belligerence that no Soviet leader, including Stalin (“Uncle Joe”), Brezhnev, and Andropov, ever received. The intelligence agencies, presumably personnel leftover from Obama’s progressive administration, have even joined the media battle against Trump! Now that Russia has a democratic form of government, the Left considers it an enemy. When Russia was ruled by Soviet communists, it was their friend.

Our intelligence agencies should have known that it was Soviet Russia, which employed subversion and espionage not just to influence our way of life, but to end our freedom, eradicate our traditions, and extinguish our liberty. Toward that end they used not only the Communist Party USA (which they funded) and a myriad of front organizations, but also traitor agents of influence and fellow travelers.

The liberal establishment basically kept quiet, if not outrightly downplayed the threat the Soviets posed to the American way of life, including our constitutional form of government. The threat was only admitted when either the possibility of nuclear war was contemplated or when the Gramscian “scissors strategy” was applied under Moscow’s direction to get concessions from Western governments during peace negotiations. If this was the attitude from the Left, particularly the mainstream media during the dangerous cold war, one must conclude that all this brouhaha about foreign interference presently, when the Russians are our allies in the war against IS and Islamic terror, is nothing but sanctimonious presumption holier-than-thou attitude at best, or more likely, plain hypocrisy assumed from blind political partisanship.

In conclusion, no satisfactory proof has been offered for the alleged Russian influence in the election helping Trump win the U.S. presidency.  But if there was such an influence from the leaked material and the truthful information generated, who is actually at fault? It should be the negligent or partisan American MSM. The truth is the American people should have been privy to this leaked information to begin with — preferably legally obtained and published by the American press; otherwise, promulgated by any other means as to fully inform voters, as long as no national security information was at stake. The American MSM should have done the “investigative journalism,” they usually do when it is a Republican candidate whom they want to bring down and politically assassinate. They have tried to do so with Trump, and they did so with Richard Nixon (Watergate), Judge Robert Bork (Supreme Court nominee), and Ronald Reagan (Iran Contra). But when a progressive is the candidate in question, as in the case of Barack Obama and Hillary Clinton, the MSM and the establishment circle the wagons to protect them. They certainly were not protecting national security. They were protecting Hillary and trying to sink Trump in the process. And they are still trying to do so. It appears then the progressive establishment of the Left and the biased MSM are currently more of a threat to freedom and the American way of life than Putin and the Russians.

But as to the question of guilt, If the leaked information was valid but not legally procured, either because of negligence or partisanship of the American press, who then should be blamed? And if the information is obtained by other means but ends up informing voters — is that such a bad thing? And if it is a good thing, then who should be praised for providing this useful information to the citizens? Perhaps the Russians should be, if indeed they were “guilty” of educating American voters and assisting our own “democracy.”

This article may be cited as: Faria MA. The threat is no longer the Russians but our own hypocritical establishment on the Left. HaciendaPublishing.com, March 11, 2017. Available from: https://haciendapublishing.com/the-threat-is-no-longer-the-russians-but-our-own-hypocritical-establishment-on-the-left-by-miguel-a-faria-md.