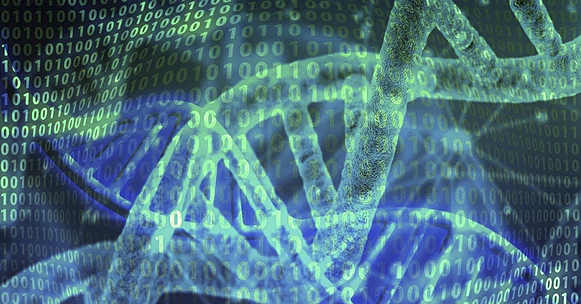 Bioethics, aging, and the future of medicine by James I. Ausman, MD, PhD

In its ongoing effort to examine controversial subjects, Surgical Neurology International (SNI) explores a recent paper on limiting life to the age of 75 by Dr. Ezekiel Emanuel. Dr. Miguel Faria, an Associate Editor in Chief of SNI, in his Editorial, “Bioethics and why I hope to live beyond age 75 attaining wisdom!: A rebuttal to Dr. Ezekiel Emanuel’s 75 age limit,” provides a response to “the government planners, supported by the ever-accommodating bioethicists, who posit that with increasing longevity and augmentation of the population of American elderly, more drastic actions will be required to prevent the bankruptcy of the public financing of medical care. They believe, therefore, that outright government-imposed euthanasia, not only for the terminally ill but also for the inconvenient infirm and the superfluous elderly, will become necessary.”

This subject is a very important one for physicians and neurosurgeons to understand, as it has major implications for the practice of medicine. Recently, Dr. Ezekiel Emanuel, whose paper was quoted by Faria, proposed this idea. Emanuel stated that people should not be allowed to live beyond the age of 75, as they are no longer productive for society, and consume resources needed by those younger. Emanuel is one of the architects of ObamaCare.

When one adopts a viewpoint that there is a limitation of resources, the danger is that a self-selected few become empowered to dictate the life and death of an individual. These authoritarians will then control the lives of many with this power. These types of decisions, which we have witnessed throughout history, come from centrally controlled political systems. The reasons for this belief in finite resources are explained by desire for power over the masses. Also central planners desire for power prevents them from recognizing any solutions that will take their power. In addition, there are large increases in the costs of supporting a growing bureaucracy to administer a centrally controlled system.

Furthermore the central planners purposefully develop programs, which make the people increasingly dependent on the government and the central planners. Central planning fails because it does not have the efficiencies of free market approaches as all witnessed in the fall of the Soviet Union. It does not respect the freedom of each individual, a concept that is in direct conflict with the establishment of central control. Religion, which provides powerful personal guiding principles for the individual is also debased intentionally to remove it as a challenge to the concepts of the leadership by central control. The unchecked power of the planners, and their disregard of laws lead to corruption, waste, and the unequal treatment of people. In a constant crisis environment that is created politically, the masses surrender more power to the central planners looking to solve these crises. History has documented those reasons for the fall of the Roman and other empires.

Other evidence to support the contrary point of view was stated by University of Chicago economist, Gary Becker, who wrote that the greatest achievement of the 20th century was the doubling of life expectancy. The futurist, R. Naam, listed the worldwide advances in the last 150 years, including: 1) the rising life expectancy, 2) massive reduction in poverty, 3) increasing education of the masses, 4) the rapid access to information (cell phone usage has grown from 0 to 4 billion in 20 years), 5) the doubling of democracies since 1970, 6) the discovery of huge resources of energy, 7) the increased productivity of food from smaller amounts of land, 8) the exploration of space, 9) the potential to harness the sun’s energy, and to desalinate the ocean water for the increasing world population, and 10) the recent finding of the potential of life on another planet similar to earth.[1] These are all spectacular achievements.

In his article in The Futurist, Naam states that with these changes, people are demanding more control over their lives and more individual freedom.[1] These examples are not the story of limited resources and human potential. They signal the creativity, imagination, and determination of individuals of all ages, who, when liberated, will make great achievements for humankind in solving its challenges. The papers cited in this newsletter, particularly, provide a view of the huge potential available through the creativity of neurosurgeons and other scientists.

So, Drs. Emanuel and Faria present two opposing views of the future and how society can cope with this challenge. One projects the idea of the acceptance of limited resources that must be centrally controlled in all ways. The other idea supports the unlimited opportunities to solve the challenges faced by our civilizations under a system of individual liberty and competition. That is the fundamental conflict that has been going on for centuries as civilization has evolved. Because of the nature of individuals to want freedom, no centrally controlled system has survived, as recorded by Durant and Durant.[2]

Corruption is the threat to all theoretical systems of governance, including democracy. Which system will provide the best healthcare for the people? That is your decision. SNI is presenting the controversy that will affect your life and the practice of medicine.

This article may be cited as: Ausman, JI. Bioethics, aging, and the future of medicine. HaciendaPublishing.com. March 14, 2015. Available from: https://haciendapublishing.com/bioethics-aging-and-the-future-of-medicine-by-james-i-ausman-md-phd/.