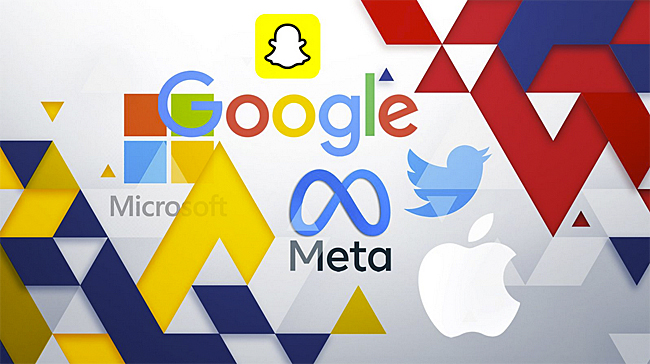 Both Republicans and Democrats have issues with the power and influence of “Big Tech.” Unfortunately, to derail these mammoth corporations, reckless “anti-trust” legislation, the American Innovation and Choice Act (S. 2992), is moving through the U.S. Senate at lightning speed. It will make whatever problems exist with this industry worse.

This legislation is authored by U.S. Senator Amy Klobuchar (D-MN) and, if passed, will surely be the centerpiece of her next presidential campaign. Her involvement in promoting such legislation is not surprising, but what is disturbing is that some conservative Republican Senators such as Chuck Grassley of Iowa, Tom Cotton of Arkansas, and John Kennedy of Louisiana, have lent their support to the bill.

Klobuchar is a far-left Democrat, and this legislation is pleasing to her progressive supporters. It is astonishing that conservative Republican Senators are helping her achieve a legislative victory that will improve her chances of winning the Democratic Party’s 2024 presidential nomination. It may also help preserve the Democratic Party’s chances to maintain control of the U.S. Senate next year. Thus, working with Klobuchar is the last thing Senate Republicans should be doing right before the midterm elections.

Senate Majority Leader Chuck Schumer (D-NY) promised to push the legislation toward passage in the U.S. Senate this month. Schumer realizes that his tenure as Senate Majority Leader has been a complete failure, so he is hoping this legislation will give him a much-needed legislative win. To accelerate the bill’s passage, there have not been public hearings scheduled to give opponents an opportunity to expose the shortcomings of Klobuchar’s bill.

The American Innovation and Choice Act is an unmitigated disaster, which is why the U.S. Chamber of Commerce, Americans for Tax Reform, CATO, the American Enterprise Institute, and the American Legislative Exchange Council (ALEC), all oppose the legislation. In the view of Jack Howard, the U.S. Chamber’s Senior Vice President of Government Affairs, S.2992 is “ripe with unintended consequences that if enacted into law would exacerbate inflation and damage America’s economy and economic competitiveness for years to come.”

To stop “Big Tech” monopolies, the bill gives vast new powers to unelected far-left federal bureaucrats at the Federal Trade Commission (FTC). This moves economic power and decision-making from the competitive private sector to the burdensome federal government. It will enhance regulations that promote centralized planning from government agencies that will be extremely harmful to our economy.

If passed, it is estimated S. 2992 will cost American consumers an additional $22 billion in service costs from online marketplaces. These extra costs would hit at exactly the wrong time for Americans when inflation is raging. U.S. Chamber’s Neil Bradley, Executive Vice President, and Chief Policy Officer, said this legislation “will fuel further inflation, limit choices, and undermine investment in innovation by injecting regulatory uncertainty into the marketplace at the worst possible time.”

Since gasoline has reached an average of almost $5 per gallon nationally and inflation is at a forty-year high, Congress should be focused on doing everything possible to reduce consumer prices.

Unfortunately, this bill will deliver increased costs for online companies Americans use for everything from purchasing groceries to entertainment.

An analysis conducted by the National Economic Research Associates concluded that, if enacted, this legislation would create higher costs for an array of consumers. For example, Amazon Prime users would pay more than $148 annually for the same services. With increased regulation of online platforms, including marketplaces, both businesses and consumers would have to absorb $319 billion in losses of combined technology services. Ironically, foreign based online marketplaces would not face any increased regulation or costs.

The bill will force credit card companies and major retailers to pass on increased costs to consumers at exactly the wrong time for struggling households. In addition, the bill may limit outside investment from venture capitalists in new “Big Tech” companies by up to 20%. This will hamper future growth and innovation.

Republicans have good reason to be upset at “Big Tech” for their horrendous censorship of conservative content. However, this bill does nothing to limit those practices. Instead, it punishes success, harms consumers and businesses, and gives the FTC tremendous new powers. Increasing costs for “Big Tech” is not wise in an inflationary environment when consumers are facing historic price increases.

Breaking up the “Big Tech” corporations will not solve the problems that our economy faces with surging inflation, foreign energy dependence, baby formula in short supply and bare grocery shelves. This bill will only make our problems worse as our online choices will be limited, more complicated, and costlier. In fact, some of our dependable services may be eradicated because of this bill.

Innovation will be hampered; new products will not be introduced as quickly and small businesses which rely on partnerships with “Big Tech” to sell their products online will be devastated and potentially will close if this bill becomes law.

While Republicans are rightly upset with “Big Tech” for their egregious censorship of conservative commentary, they are even more angered by the actions of a far-left Congress and our federal government. According to a poll conducted by Echelon Insights, 67% of conservatives are opposed to Congress regulating online activities.

Our “Big Tech” industry is driving tremendous economic growth and is fostering the work of countless small businesses in our country. Online activity has become a part of almost every business and this trend only accelerated during the pandemic. It also impacts the lives of Americans in how we communicate, shop, socialize and entertain ourselves.

All conservatives must oppose governmental efforts to empower federal agencies and hamper consumer economic activity. Let us not create any additional costs for the already suffering American consumer.

Jeff Crouere is a native New Orleanian and his award-winning program, “Ringside Politics,” airs weekdays nationally on Real America’s Voice TV Network, AmericasVoice.News from 6-7 a.m. CT and from 7-11 a.m. CT on WGSO 990-AM & Wgso.com. He is a political columnist, the author of America’s Last Chance and provides regular commentaries on the Jeff Crouere YouTube channel and on Crouere.net. For more information, email him at jcrouere@gmail.com