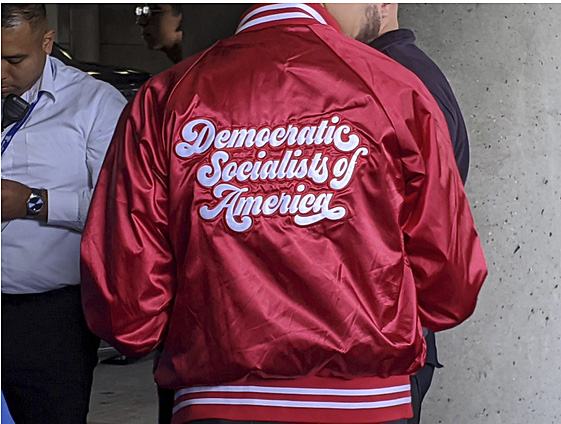 A Brief History of Socialism in America

From 1876 onward, after the North recovered its fortunes and the South was unburdened by the end of Reconstruction, the nation was ruled by laissez-faire capitalism, and freedom flourished for most (not all) of the nations’ citizens. The rapid pace of the Industrial Revolution brought about an exemplary standard of living but also new problems for the rapidly developing nation, and socialistic or progressive “reforms” appeared in this country for the first time.

Progressivism as social reform during the hard years of the Industrial Revolution in the late 1800s and the early 1900s, in my opinion, was not socialism, but a way to help workers and farmers cope with the rapid development and industrialization of the country. It was supported by one of the Republican icons of history, Teddy Roosevelt, as governor of New York and later as President (1901-1909). Private charity and philanthropy — supported by well-to-do citizens including the “Captains of Industry” and finance, such as J.P. Morgan, Henry Ford, Andrew Carnegie, etc., with little or no government financing — flourished and gave a great boost to research and development in science, agriculture, industry, and medicine, as well as the arts and architecture.

Socialistic reforms began to take shape with Democrat President Woodrow Wilson (1914-1921), who enforced anti-trust laws against industry but not against unions. Labor bosses began their long career of corruption and violence in trade unions. World War I brought violations of civil liberties of citizens and foreigners in the U.S., as well as a “war economy.”

Prosperity, wealth and happiness increased dramatically in the 1920s for most citizens during the presidencies of Warren G. Harding (1921-1923; Teapot Dome Scandal notwithstanding) and Calvin Coolidge (1923-1929). However, the “Roaring 20s” ended with the stock market crash and Herbert Hoover, and the Great Depression followed with great misery to the country. And despite these difficulties and hardships, crime remained low. The American people helped each other as best they could.

Then came FDR and socialistic “reforms” took place in earnest under the guise of “getting the country on its feet again.” Socialism grew hand-in-glove with federal usurpation of power. World War II may have been one of the reasons for the end of the depression, not government intervention in the economy.(1) The Constitution was ignored but war and patriotism forgave all…

Prosperity was renewed in the 1950s in the Eisenhower years, despite difficulties with Dean Acheson’s containment policy of world communism. Joseph McCarthy was significantly correct (yet, the charge of “McCarthyism” persists, nevertheless, as if the threat of espionage and communism had not been real!). Indeed, there were a lot of communists and traitors in our government, but not as many as in the 1930s and 1940s.

American socialistic reforms were given a boost with LBJ’s “Great Society” program. Civil rights reforms gave equal opportunity to African-American citizens, but instead of increasing their standard of living, the welfare programs that have been enacted have brought them triple rates of illiteracy and illegitimacy — and the breakdown of their families as the government has essentially replaced the need for fathers in their households. A similar process is taking place with whites and Hispanics to the detriment of the nation.

The Nixon years brought a crisis of government, while the Carter years brought a crisis of confidence, a nadir in national spirit, impotency and pusillanimity in world affairs, and advances of communism in Asia, Africa, and Latin America at the expense of America’s former friends. Socialistic reform was advanced during the Carter years with the establishment of the Department of Education (i.e., government indoctrination), financial reforms (i.e., Community Reinvestment and subsequent legislation), etc.

The 1980s were the prosperous years of Ronald Reagan, the advance of socialism at home was rolled back, and the advance of communism worldwide was halted; within a few years the “Evil Empire” had collapsed of its own evil and corrupt weight. The boom years of Ronald Reagan were carried over through the Clinton years. But socialism refuses to die because once implemented and the majority is drinking from the public trough, it becomes very difficult to pull them back!

And here, we must pause and ponder Sir Alex Fraser Tytler’s (University of Edinburgh; 1714-1778) dictum: “A democracy cannot exist as a permanent form of government. It can only exist until the voters discover that they can vote themselves largess from the public treasury. From that moment on, the majority always votes for the candidate promising the most benefits from the public treasury, with the result that a democracy collapses over loose fiscal policy. . .always followed by a dictatorship.”

Let us say that in our constitutional republic equality before the law and equality of opportunity are being converted into equality of outcome (the leveling of society to the lowest common denominator) and the rule of mediocrity, which if it becomes entrenched enough in our country, will convert us from a former vibrant nation par excellence into a decadent Third World social democracy. What is Socialism? Ludwig von Mises has written a magnificent book, Socialism. I invite the reader to peruse that volume as well as Friedrich Hayek’s The Road to Serfdom, but if time is of the essence, read the little gem of a tome, The Law, by Frederic Bastiat.

In the meantime, here is my own composite definition of socialism with its indulgent ironic twist: Socialism is the assumption and maintenance of power by evolution, seduction of the population by promising something for nothing, but in reality taking from some to give to others, the use of class strife, envy, and incitement of the dark side of human nature to justify legal plunder. This redistribution of wealth and despotic management of power is carried out by elites, who are above the rest of us and who, by expressing their “good intentions,” claim to protect us from even ourselves for our own good. This unnatural “equality” is maintained by the state owning or largely controlling via regulation or heavy taxation, the means of production (e.g., factories, mines, etc.), distribution (transportation, communication, etc.) or the consumption of goods or services (e.g., food, health care, housing, education indoctrination, etc.). The goal it to eventually herd us all onto their own plantation where they, the socialist elites, will be more equal than the rest of us!

My definition of socialism is derived from my long studies of history and political science, the subjects of collectivism and tyranny versus freedom, not to mention, my early life experience in a communist “workers’ paradise.” I am referring here to my native Cuba, truly once a beautiful semi-tropical paradise converted by communism into a collectivist hell hole under an unending, communist tyranny, a tyranny my own loving parents helped to create, deceived by their own misguided sense of social justice. They lived to regret it, and happily made it to freedom in this great nation, these United States of America.(2)

(1) To understand the Great Depression one must read the monumental work of Murray Rothbard, another giant from the great Austrian School of Economics.   He and most other serious economists (of various school of economics with the exception of Keynesian or Marxist) believe that the interventionist (“hands-on”) policies of Herbert Hoover, not his laissez faire methods, worsened the depression!   It was the monetary policies of The Creature from Jekyll Island that set the stage for the depression that began with the Stock Market Crash of 1929. That creature, the Federal Reserve, only established a few years earlier in 1913 (part of that terrible troika that also included the 16th and 17th Amendments) “set the stage” for the “Boom-Bust” economic cycles that we contend with today.   The Fed’s printing of fiat currency out of proportion to real wealth and without sufficient backing by precious metals (gold and silver) caused the inflationary period of 1921-1929. Recessions and depressions are caused not by speculation by entrepreneurs, but by government interference with the free market.

Frankly, even more recently President Barack Obama sought economic advice not from the free market economists of the Chicago or Austrian School of Economics but from Keynesian economists whose advice have sown the seeds to profligate spending and have led to the implementation of policies of fiscal irresponsibility. We are now reaping the whirlwind of magnified socialism and economic disaster!

Scholars are still debating whether World War II ended or contributed to ending the Great Depression; ditto for the increase in the money supply in the late 1930s and 1940s as the cure. Still others believe that self-correcting forces in the market and economic cycles set the stage for recovery. I believe that the psychology of U.S. victory in World War II, coupled with new initiatives, work, entrepreneurial activity, and a new optimistic outlook for the future in the 1950s (the same as with Reagan in the 1980s after the stagflation of Jimmy Carter presidential years) set the stage for prosperity!

2. Our family story was published in my book, Cuba in Revolution — Escape from a Lost Paradise (2002).

This article was published exclusively for HaciendaPublishing.com on September 28, 2011.

The article can be cited as: Faria MA. A brief history of socialism in America. HaciendaPublishing.com, September 28, 2011. Available from: https://haciendapublishing.com/a-brief-history-of-socialism-in-america/

1 thought on “A Brief History of Socialism in America”