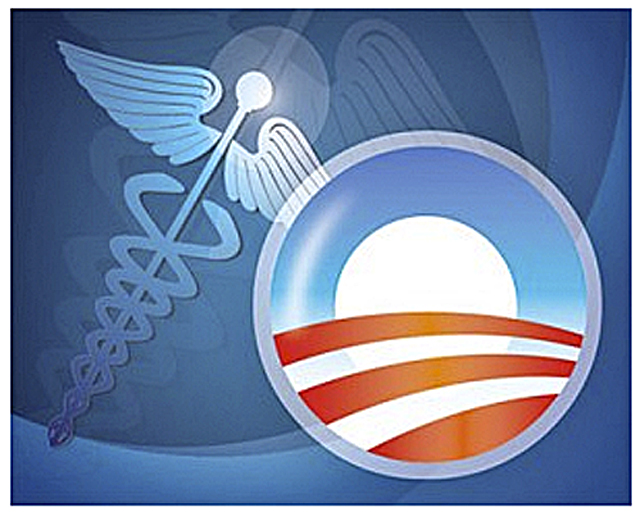 In a recent letter to the editor published in my local newspaper, the Macon Telegraph (9/16/11), Jack Bernard, a self-described “Republican,” retired health care executive, was “disconcerted by the ideological free market rigidity” that he observed during a debate by the Republican presidential candidates concerning “the health care reform question.”

Moreover, Mr. Bernard asserted, “If the free market were going to take care of access issues, it would have already done so.” He then took a back-handed swipe at the candidates by second-guessing them: “Herman Cain and Gov. Rick Perry seem to be OK with over a quarter of all Texans being uninsured. Former Gov. Mitt Romney is running as fast as he can from Romneycare, although it has reduced the uninsured to 4 percent in Massachusetts.”

The “Republican” executive did not forget Rep. Michelle Bachmann. He decried the Minnesota Congresswoman’s alleged “attempt to tar ObamaCare as a socialist plot.” The health care executive’s unimaginative, collectivist solution was simply “to copy the health care of other developed [socialized] nations” and use more “regulatory authority to cover everyone and hold down costs.”

The retired executive then mentioned the Veteran Administration (VA) program as a “socialist health care program” that “his Republican friends like and use.” He also mentioned Medicare as a form of national health insurance that presumably we have accepted but, he laments, “it starts at 65 instead of covering everyone as it does in most other developed nations.” Let me pause here just to say that as far as Medicare goes, we were not given the freedom to choose but forced to contribute, and therefore it’s not surprising that we participate in it; as to the VA hospitals, Republican administrations improved the system by modernizing it, computerizing it, and bringing it up to private hospital standards. Our veterans pre-paid with their service and blood, and deserved better!

But worst of all, Mr. Bernard attributes the problems of health care delivery to the free market. He should know better! Today’s medical care is largely under managed care, already a highly regulated, collectivist ethic, whose raison d’etre is to contain costs, enlarge the coffers of the managed care entities, empower government and health bureaucrats to make life and death decisions formerly made by doctors and their patients — and the individual patient be damned.(1)

We only have a partial free market in medical care, and it must be understood that what is considered “free market” is largely not so because it is controlled by third parties under the rubrics of managed care. And managed care was not the marvelous creation of laissez faire capitalism and Adam Smith’s invisible hand of supply and demand, or a derivation of the ancient and beneficent precepts of Hippocrates, but an invention of politicians and academicians acting as central planners, working under the auspices of Republican President Richard Nixon and Democratic Senator Ted Kennedy in the early 1970s.

If we had a truly, completely free market in medical care, unfettered economics would have decreased cost via competition as well as increased access, either privately or through charity, as it had done prior to World War II. Beginning with the exemption of insurance companies from antitrust laws and the linking of health care to place of employment; the inception of Medicare and Medicaid in 1965, which like it or not are (and will) remain in place(2); the Nixon-Kennedy cooperation (1973) in establishing HMOs as state policy with tax breaks, a preferential policy that did not reach fruition until the 1990s(3) — all attest to the fact that we only have a partial free market in medical care. Nevertheless, it is still the best system in the world.

ObamaCare (2011), another attempt at HillaryCare (1993), is one more giant step toward the implementation of even greater government involvement in the medical marketplace and magnification of government regulatory authority — all at the expense of sacrificing individual patient care and what remains of the patient-doctor relationship.

This new version, ObamaCare, prominently includes compulsion and fines to make all Americans submit to a public-private system, managed care in cahoots with government — in which health care executives make a good living, while having a captive population with less and less freedom to choose. Once in place, rationing then would become more and more commonplace, as in the other “developed countries,” such as Canada and the United Kingdom.

And please don’t misunderstand me: I don’t object to anyone making profits in a free, competitive marketplace where there is freedom of choice, and small businesses, small entrepreneurs, independent physicians and pharmacists compete on an even playing-field, but that is not what is taking place under the rubric of managed care. And it appears all of this unfairness will only worsen under ObamaCare.

ObamaCare, like HillaryCare, creates another unholy partnership of corporate entities with government bureaucrats, setting compulsory public policy at the expense of the captive patient population. Ludwig von Mises, the Austrian economist, referred to this relationship as corporatism. I call it corporate socialized medicine.

The direction in which we are headed is leading us relentlessly toward the destruction of still the best medical care system in the world for the higher purpose of the State forging another keystone in the arch of compulsory socialism, ObamaCare.

2) The McCarran Ferguson Law of 1946, a law that permits insurance companies to be the only industry given significant exemptions from antitrust laws (and therefore, of itself monopolistic), allows managed care/HMOs to set doctors’ and hospital fees (including capitation), reimbursements, benefits, insurance premiums, etc. If two or more physicians were alleged to have discussed fees, in any way, shape or form, the hand of the Federal Trade Commission (FTC) would fall heavily on them.

3) Under President Nixon’s policy of wage and price controls, the revised Health Manpower Act of 1971 essentially adopted HMOs as state policy and favored by tax policy. Further legislation, the HMO Act of 1973, mandated businesses with more than 25 employees to offer HMOs to their employees and provided for special government-backed grants and loans for federally qualified HMOs. Yet, despite all the favorable government legislation initiated then, this collectivist vision did not take hold until the 1990s.

Moreover, the ERISA laws (Employee Retirement Income Security Act) of 1974, which were set up to protect employee pension funds in employer-provided, self-insured plans, has until recently been used effectively by managed care and HMOs as a shield to protect themselves against medical liability lawsuits. In other words, in cases of medical malpractice, the HMOs are not liable; only the individual physicians involved are medically liable and accountable, so that when managed care bureaucrats deny the use of certain diagnostic procedures or therapeutic techniques for cost-containment (the hallmark of managed care), the plans and their administrators, are exempted from lawsuits of medical malpractice.

Miguel A. Faria, Jr., M.D. is Clinical Professor of Surgery (Neurosurgery, ret.) and Adjunct Professor of Medical History (ret.) Mercer University School of MedicineMember, Editorial Board member of Surgical Neurology International (SNI), and an Ex-member of the Injury Research Grant Review Committee of the Centers for Disease Control and Prevention (CDC). 2002-05; Former Editor-in-Chief of the Medical Sentinel (1996-2002), Editor Emeritus, the Association of American Physicians and Surgeons (AAPS); Author, Vandals at the Gates of Medicine (1995); Medical Warrior: Fighting Corporate Socialized Medicine (1997); and Cuba in Revolution: Escape From a Lost Paradise (2002).

This article may be cited as: Faria MA. ObamaCare — Toward Free Market or Socialized medicine? GOPUSA.com, September 26, 2011.  Available from: https://haciendapublishing.com/obamacare–toward-free-market-or-socialized-medicine/.