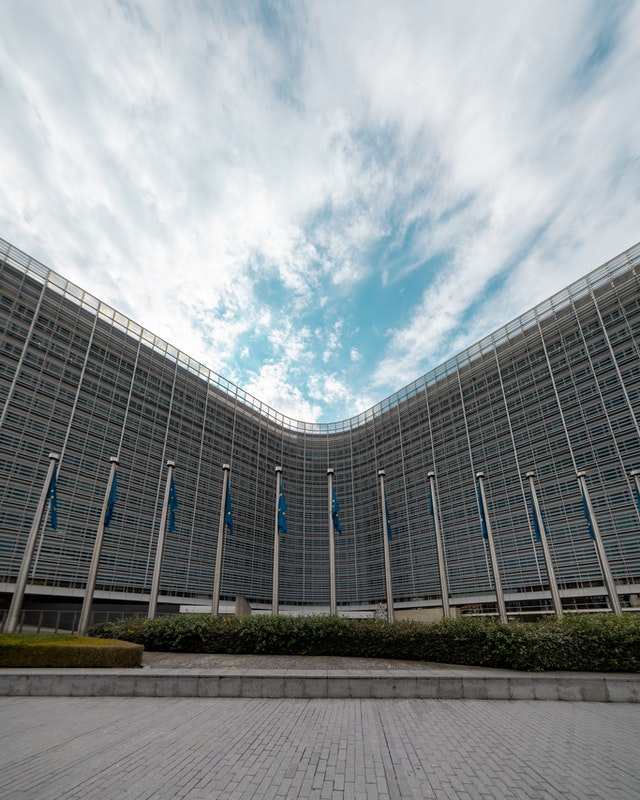 What’s happening in Europe that’s making the elites of the EU tremble? by Miguel A. Faria, MD

Conservative, nationalist parties seeking to preserve what remains of European civilization have won control of governments in various European nations. Little of this is reported by the mainstream liberal media in the U.S. Populist parties have won victories by large margins in Italy, Austria, Hungary, Poland, and the Czech Republic. The globalist European Union, led by Germany and France, feels threatened and under siege by these populist parties that tend to be conservative and nationalistic.

For their part, the progressive media savagely criticize populist, eurosceptic nations, while underreporting problems in governments of elitist and internationalist nations, such as Germany and France. For example, Jean-Claude Juncker, President of the European Commission, and Donald Tusk, President of the European Council, are treated reverentially as virtual world monarchs by the BBC. However, that same level of respect and lavish admiration is not extended to British Prime Minister, Theresa May, in the reportage of world news, particularly Brexit negotiations.

In France, the pragmatic (leftist) party of Emmanuel Macron has faced protests from des gilets jaunes, “yellow vests.” Protesters complain of high fuel costs in the name of fighting climate change; high taxes and low wages in accordance with EU guidelines and expanding globalism; and high cost of living and deteriorating standards, both under the previous socialist government and the present Macron regime. In short, the government has been placing the interests and goals of the EU as well as the promulgation of left-wing policies ahead of the well-being and prosperity of the French nation.

Weekend after weekend yellow-vest protesters have rioted and assailed Paris and other major cities calling for reform, if not the overthrow of Macron’s government. Macron has countered largely by burying his head in the sand and letting his prime minister face the turbulence. When he finally dared to pull his head out of the sand, Macron criticized the UK for tortuous Brexit negotiations and denounced Trump’s alleged lack of internationalist patriotism, an oxymoronic proposition. More recently, Macron made a vacuous call for a new “Renaissance” in the EU, still seemingly oblivious to the ongoing yellow-vest protests and the serious problems plaguing his own country!

In Germany, the industrious people of that nation sustain the EU and massive immigration by working long hours and paying high taxes. The pragmatic (ostensibly conservative) government of Angela Merkle’s Christian Democrats cannot even form a government on their own, except in alliance with the (socialist) Social Democrats. Merkle refuses to negotiate with the “far right” Alternative for Germany (AfD) party, as the conservative People’s Party of Austria did, allowing the “right-wing” Freedom Party of Austria (FPO) to join the government. Austria is doing well so we hear very little in the media from that quarter. Meanwhile, Merkle’s coalition remains on shaky ground so this inconvenient setback for the internationalist elites is downplayed or kept under wrap. Again, compare this situation with the travails of Theresa May in the UK reported with some much relish even by the BBC.

It seems Chancellor Merkle (and her chosen obeisant successor) seek to rule Europe, not by war conquest — as a previous German Chancellor who shall remain nameless sought to do — but by EU economic dominance. To do this, she has extended financial handouts to entice and keep poorer member nations in the EU. Merkle, though, got into trouble when she allowed a million illegal Islamic immigrants to inundate Germany. This blunder awakened much of Europe to the threat to its civilization and way of life. We hear little from our mainstream liberal media about the fervent populist nationalist revolutions that have taken place in most of Europe.

In January 2018, France and Germany signed a treaty “aimed at breathing new life into their place at the centre of the European Union.” As the UK moves to leave the EU and a rising tide of populism challenges the core liberal values of the bloc, “the new treaty commits wholeheartedly to defending it.” Chancellor Merkel and President Macron have even pledged to form a European Army. In the words of Chancellor Merkle, “We are committed to developing a common military culture, a common defense industry and a common line on arms exports.”

Likewise, Macron suggested that a “true European army” could defend the EU and potentially fight Russia and even the U.S. on two fronts if the need arose. I will leave to the readers’ imagination as to what this European army might do if faced by a few British and American divisions marching in from the west and Russian tanks rolling in from the east? Let’s just say that the Europeans should stick with NATO!

Be that as it may, Central and Eastern European states have refused to accept German and French leadership on immigration and perhaps the “military culture” to defend against the wrong enemies. In Italy, an alliance of rightist and nationalist parties, including the conservative Northern League and Forza Italia, was joined by the populist Five Star Movement to rule Italy, dwarfing the internationalist and socialist parties. The coalition is defying the EU on several fronts, from domestic economic policy to immigration. Italy’s conservative Interior Minister Matteo Salvini, who the BBC insists on calling right-wing, stated during a visit to Poland, “It is time to oppose the [globalist-progressive] Franco-German axis with an [conservative-nationalist] Italian-Polish axis.” Salvini aims to challenge France and Germany’s dominance in the EU with a eurosceptic, nationalist, and conservative alliance that will rein in illegal mass immigration.

The conservative governments of Poland and the Czech Republic — two nations that suffered greatly under communist rule and Soviet domination — have also protested the gun control policies of the EU and have sued the organization to be excepted from civilian disarmament. They know a disarmed populace is a defenseless population.

As a  result of Hungary’s defiance of the EU,  the globalists managed to instigate the European People’s Party, the center right bloc of the European Parliament, to suspend Orban’s Fidesz Party. The Fidesz Party has been a thorn in the side of the EU, and the globalists seek to extirpate it. An article in the BBC noted, “for many right-wing, anti-immigration parties, Mr. Orban is a hero for regularly castigating Brussels for its approach to migration, especially Muslim migration.” Indeed, EU castigation for strident globalism and sovereignty usurpation is much needed since the internationalist media refrain from doing their job.

In the United Kingdom, the people voted to leave the EU, but the recalcitrant, globalist organization has managed to divide the British Parliament (helping delay Brexit), and humiliate Prime Minister Theresa May and the Conservative Brexiteers in the process. The globalist elites in the EU seek to restore their prestige, enhance their power, and at the same time, stop the momentum of independence and nationalism stirring the people of the world.

This article may be cited as: Faria MA. What’s happening in Europe that’s making the elites of the EU tremble?  HaciendaPublishing.com, March 23, 2019. Available from: https://haciendapublishing.com/whats-happening-in-europe-thats-making-the-elites-of-the-eu-tremble-by-miguel-a-faria-md/