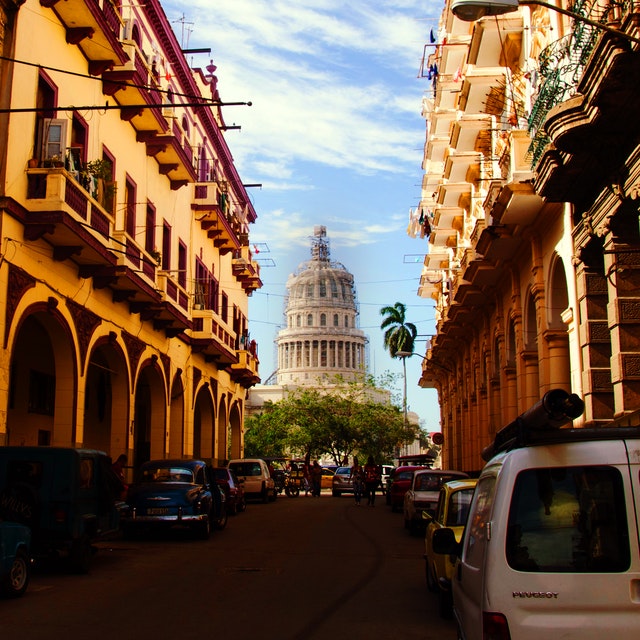 The Real Story Behind the Spy Swap between Cuba and the U.S.

With all the issues surrounding President Barack Obama’s call for normalization of relations between the United States and Cuba, the “spy” swap and the “mysteriously” pregnant lady in Cuba, there is a real and disturbing mystery that the American media has shamefully ignored. The item was reported only once and then conveniently ignored and already seemingly forgotten, so as not to interfere with the “historic” main event: the normalization of relations brought about by the amicable cordiality among the tough Cuban dictator, the suave (as well as naive and hoodwinked) American president, and the publicity-seeking Pope Francis.

What does all this mean?

First, given the fact we have a lame-duck American president, a president who wants to remain center-stage in domestic as well as world events following the outstanding drubbing of his political party in the recent congressional elections; a president with a history of affinity for left-wing causes including Marxism; a president who kowtows to world dictators, etc. — it should not be surprising that Obama has made this move at this time.

The possible lifting of the embargo may mean that the U.S. may be exporting goods to Cuba but with very little expectation of payment. It will be the American taxpayer who will be paying the bill when Cuba cannot pay for the goods, defaults (just as the communist island has done on all other loans), and is left shouldering the Castro Brothers’ debts, as has happened to the Canadians, the Spaniards, the Russians, the Argentineans, the British, and the taxpayers of other nations whose governments were foolish enough to lend money to the communist regime.(1)

Second, as to the “spy” swap, let me point out the U.S. released three real, convicted spies, who were traded for one innocent American unjustly incarcerated for seven years for attempting to revive what is left of the Cuban Jewish community on the island. What was Alan Gross really doing in Cuba? He was bringing phones and the internet to the Jewish community. For this alleged “crime,” referred to as “acts against the territorial integrity of the state,” Alan Gross was sentenced for 15 years in communist Cuba. No wonder he was awarded $3.2 million by the U.S. government, even though it should be the Castro Brothers who pay the bill, not  American taxpayers!

The captured members of the Wasp Network, a.k.a. the Red Wasp espionage ring and the “Cuban Five,” are convicted spies, who not only conducted espionage, but their leader, Gerardo Hernández, was also convicted of orchestrating the shooting down of two American planes that were conducting humanitarian missions out of the Florida Keys. The four U.S. citizens, members of the Brothers to the Rescue organization, perished and Hernández was found guilty of murder. For this crime, the leader of the ring received two consecutive life terms. And it is for this unrepentant spy that a respected U.S. Senator Patrick Leahy carried water or rather took semen to Cuba in a “humanitarian mission” of artificial insemination nine months or so ago!

With these spermatozoa, the spy’s wife was impregnated, thus solving the “mystery” of the lady who became pregnant by a man far away incarcerated in California in a U.S. prison.(2) What this incident really reveals is how low the Democrats can stoop! The Cubans in Miami, including my 84-year old mother, who I recently visited for the Christmas holidays, is not buying it. The Miami Cuban-American community thinks this is a canard hatched up to protect the reputation of machismo of the Cuban spy. As a member of Cuban intelligence it is not acceptable or pardonable for one of its macho members to have been cuckolded by a lonely and disconsolate wife left behind in Cuba among his brethren.

And the pregnant wife story was not even done primarily for its sensationalism, but to give a new twist to the meaning of “humanitarian missions” and to give a more human face to the normalization of relations, as well as to protect the machismo and reputation of a convicted communist spy.

Third, as juicy as this story of the pregnant wife may be, it does not compare with the more serious, real story the American media should have been pursuing. The real story that should have been followed closely is in fact quite disturbing and may spoil the congratulatory mood of the normalization of relations. Yet it is the one that has been shamefully ignored. It was reported once and only because it was thought it would add to the congratulatory and festive mood. Obama even announced it in a press conference, as another major additional concession gained from Raúl Castro.(3) But that was before the story took a different turn and got murky; then without any further ado and without any apparent further journalistic investigation it was quickly buried!

The story concerns the ominous fate of a Cuban freedom-fighter, operating within Cuba informing the United States of espionage activities in South Florida. This brave man has vanished after supposedly being released from a Cuban prison. He has now been missing for nearly two weeks. Rolando Sarraff Trujillo had been an American agent working inside Cuban intelligence and was supposed to be released in the spy swap, but when the plane took off from Cuba he was nowhere to be found. His parents in Cuba are worried but obviously fearful of the communist government’s retribution.(3)

Trujillo is a 51-year-old man who had risked his life as a defector-in-place for America, was uncovered, arrested by the Cuban secret police and jailed, rotting for nearly 20 years in a Cuban dungeon. Chris Simmons, a former chief of a Cuban counterintelligence unit for the U.S. Defense Intelligence Agency, described Sarraff as a cryptologist in Cuba’s notorious DGI (Directorate of Intelligence), deciphering the communication codes used by Cuban agents abroad to transmit intelligence to their DGI headquarters in Havana.(4)

Incidentally, I should also relate that the Cuban Five have not been the only Cuban spies captured in the United States in the last 20 years. In September 2001, ten days after 9-11, a Cuban master spy, Ana Belen Montes, a senior State Department official of Puerto Rican extraction, was captured passing top secret information to Cuban intelligence as well as directing foreign policy favorable to Cuba and detrimental to the United States.(5) The timing of her arrest was related in fact to the 9-11 tragedy, and the fear that her intelligence was being passed from Cuba to Al Qaeda.(5) We don’t know if there was a link between Montes and Trujillo — for example, the latter uncovering the former. If there was and the Cubans knew this, it is unlikely Trujillo would have been available for a swap or that he would even have been kept alive. In this case, Obama would have been hoodwinked by the smarter Raúl from the very beginning!

It was reportedly Trujillo who informed American intelligence of the existence and operation of the Wasp Network in South Florida. Nevertheless, Raúl Castro agreed with the package deal and Trujillo was to have been exchanged along with Alan Gross for the remaining three Cuban spies jailed in the United States. Unfortunately, when the plane landed in the U.S. there was only Gross on board, and no Trujillo.

We can only hope the agent was prudently exfiltrated by the CIA as soon as he was “released.” The operation is reminiscent of when MI-6 exfiltrated the British agent Oleg Gordievsky right from under the nose of KGB surveillance in Moscow back in the mid-1980s. Gordievsky escaped safely, but he was extremely fortunate; most of the courageous Russians, those American agents spying for the West against Moscow’s totalitarianism during the cold war, when captured were summarily executed with a shot to the back of the head. I fear, but hope not, that this is the case with Trujillo, who may have been eliminated and dispatched to oblivion with a gunshot wound to the back of the head, Soviet-style! Unless the silence is broken and the good news reported soon, I fear the fate of this American agent and hero may be a tragic one. Nobody is talking(6), the media shamefully silent, and Obama, who is a main witness in this possible travesty of history, may end up hoodwinked, treacherously and foolishly double-crossed — shamed in the most calculatedly perverse manner.

1. Faria: Opening Trade with Cuba and Letting the US Taxpayers Foot the Bill! GOPUSA.com, July 8, 2010. Available from: https://haciendapublishing.com/faria-opening-trade-with-cuba-and-letting-the-us-taxpayers-foot-the-bill/

Miguel A. Faria Jr., M.D. is Associate Editor in Chief and World Affairs Editor of Surgical Neurology International. He is a former Clinical Professor of Neurosurgery and Adjunct Professor of Medical History. Dr. Faria is the author of Cuba in Revolution — Escape From a Lost Paradise (2002). He has written numerous articles on the blessings of liberty and the venalities of totalitarianism, collectivism, and communism — all posted at his website: HaciendaPublishing.com.

This article may be cited as: Faria MA. The Real Story Behind the Spy Swap Between Cuba and the U.S. HaciendaPublishing.com, December 31, 2014. Available from: https://haciendapublishing.com/the-real-story-behind-the-spy-swap-between-cuba-and-the-u-s/

Shorter and unillustrated versions of this article appeared in GOPUSA.com on December 29, 2014 and in The Macon Telegraph on January 11, 2015. The photographs used to illustrate this commentary came from two different sources as noted.

1 thought on “The Real Story Behind the Spy Swap between Cuba and the U.S.”