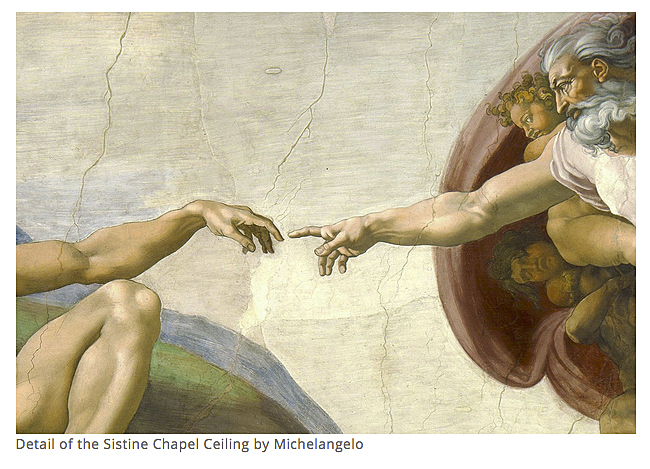 I have been following a number of neuroscience issues concerning ethics and morality for years but Dr. Miguel Faria’s observations in his article, “The road being paved to neuroethics: A path leading to bioethics or to neuroscience medical ethics,” appearing in the August 2014 issue of Surgical Neurology International, helped me understand the intricacies of these issues. As Doctor Faria well knows, the great minds of the world — both past and present — have understood that morality depends on a worldview that recognizes God as the final and only arbiter of moral law (natural law), which transcends man. Morality based on secular principles, as Faria illustrates, creates a hell on earth.

The neuroscientist Sam Harris, author of The Moral Landscape, is now leading a crusade to establish that we can derive moral laws from our own reason based on pure scientific understanding — especially neuroscience. In his book, Harris explains that previously neuroscientists avoided the subject of morality and brain function — that is, the field of neuroscience had little to say about the higher functions of human social function, such as moral law. But, he insists that neuroscience can help us develop a moral law by our understanding of brain function. That our technology now allows us to know why man behaves a certain way and better develop, through the use of the scientific method, not only rules of social behavior but to redesign man according to the dictate of the elites of neuroscience.

Further, Harris, as a drug user himself (ecstasy) and devotee to Eastern mysticism, makes the claim that we can reach moral knowledge and understanding with the use of such mild-altering drugs and special meditation techniques. His neuroscience studies are centered on the use of functional MRIs to study belief, disbelief and uncertainty in the observed, living brain. He uses these studies to bolster his argument for his “new atheism.” These techniques are known to be highly speculative and fraught with personal bias.

The idea of secular determination of morality, of course, is in line with the writings and thinking of Pierre Teilhard de Chardin and his concept of man evolving scientifically to an Omega Point in which man (certain elite) becomes a co-creator and his own god. Of course Chardin borrowed or stole this idea from many others such as Feuerbach, Helveticus, Hobbes, and Darwin. It is also the basis of all left collectivism. Under such a system elites are to decide, based on a combination of science, metaphysics and personal whim, just how society is to be designed and controlled. The essential nature of such a collectivist system is regimentation of all members of society under the tutelage of the elites.

Critical thinking, which was the centerpiece of our educational system during the colonial days and the early founding period of this country and in the better-educated areas of the world, is now all but absent. We have been regimented into functional groups (collectives) that only seek to please the instructors or in the case of the medical profession, the elites. To think critically, logically, and rationally is to be treated as an enemy of social good, or as the communists like to state it — an enemy of the people.

Regimentation is destroying not only creativity but also liberty, which as Thomas Jefferson stated, requires our eternal vigilance. Vigilance necessitates critical thinking and critical thinking requires access to the truth. In today’s world, the “truth” belongs to the state and is created by the state. The media are the transmission conduit that transmits this designed “truth” to the citizen. Richard M. Weaver, historian, philosopher and author of Ideas Have Consequences, called this control of what we are allowed to see and hear “the great stereopticon.” How can one have a realistic understanding of the world when the ideas one holds have been based on illusion and falsehood?

Regimentation is necessary for the collectivist state so as to stifle critical thinking — in essence, the elites are telling us there is no need for us to think critically since they have already performed this task, packaged it, and are now presenting us with the results of their brilliance.

What is critical to understand is that the collectivists do not like intellectual competitors and the individual thinker, the seeker of real truth, is always a danger to collectivized, packaged thought. The media play a critical role in this process as the interpreter of the elites’ thinking — the Rockefellers, the Brzezinskis and the Soros of the world. It is the media pundits who translate these ideas into slogans of political correctness and other collectivist nostrums. Over the past half century a significant portion of the American public has been so dumbed down by their educational institutions, TV programming, and other forms of entertainment that they are incapable of generating enough mental energy and focus to see what is being done to them, and that most of what comes from television news networks is pure propaganda and carefully crafted mind control techniques.

When I was doing some teaching to biology majors in a local university, the professor took me aside before the lecture and whispered, “You have to understand that these students are not like when you and I attended the university, they are on a much lower level. You will need to dumb down your lecture.” As I finished my lecture and listened to the questions and comments I was appalled. Several of the senior biology majors were so poorly educated that I could not imagine they had graduated high school far less were about to graduate from a university.

Yet, this dumbing down of the populace has a purpose — it prepares the youth for collectivization — to become automatons. They ask no questions and accept everything they are told as long as it comes from “official sources” — the teacher, the government and the media. Once they are at this level, they are totally regimented.

Our medical institutions are accepting a full measure of this regimenting system and it now has spread to the practicing physicians and surgeons themselves. In my day, some thirty years ago, we called this “cookbook medicine,” something that was anathema. The practicing doctors, in the minds of the collectivist elitists, should have no role in deciding how their patients should be treated — this is left up to the elite, the designers of medical care. Many of my colleagues have assumed these protocols are reasonable as they are designed by committees of the top minds in medicine. What is less obvious to those below the elite is the impact and influence of political considerations and social engineering in designing these treatment protocols. These factors are, in many cases, taking precedence, as we see in the Affordable Care Act (Obamacare).

As a result we are fooled into accepting “death panels” as an accepted norm. We are told that only specific classes of people are deserving of certain levels of medical care and that one of our most important considerations as collectivists is social utility. Social utility is a concept that implies one must justify their existence in society based on their usefulness. Prior sacrifices by the individual (such as military service), wealth taken by force (taxes), and purely human factors are to be ignored as useless sentimentality. The collectivist state is concerned only with what is best for the collective — the whole of society or segments of the whole, but never the individual. We dress this in a commonly used term — the greater good.

The greatest enemy of the collectivist elite is the individual person, especially if that person is a critical thinker. The next greatest enemy is the family, a unity that is still very personal and frequently at odds with the collective state. Both of these entities — the individual person and the family — have come under unrelenting attack, especially over the past 50 years.

It is time for us to wake up and start thinking critically and especially teach your children to think critically. Inseparable from critical thinking is access to the truth — which we must seek out with determination, careful study, and resolve.

Dr. Russell L. Blaylock is President of Advanced Nutritional Concepts and Theoretical Neurosciences Research, LLC, in Jackson, Mississippi. He has written numerous path-blazing scientific papers and many books, including Excitotoxins: The Taste That Kills (1994), Bioterrorism: How You Can Survive (2001), Health and Nutrition Secrets (2002), and Natural Strategies for Cancer Patients (2003). He is Associate Editor-in-Chief and a Consulting Editor in Basic Neuroscience for Surgical Neurology International (SNI). His websites are: www.blaylockwellnesscenter.com and www.russellblaylockmd.com.

This article can be cited as: Blaylock RL. God or Man as Final Arbiter of Moral Law. HaciendaPublishing.com, December 7, 2014. Available at: https://haciendapublishing.com/god-or-man-as-final-arbiter-of-moral-law-by-russell-l-blaylock-md/.