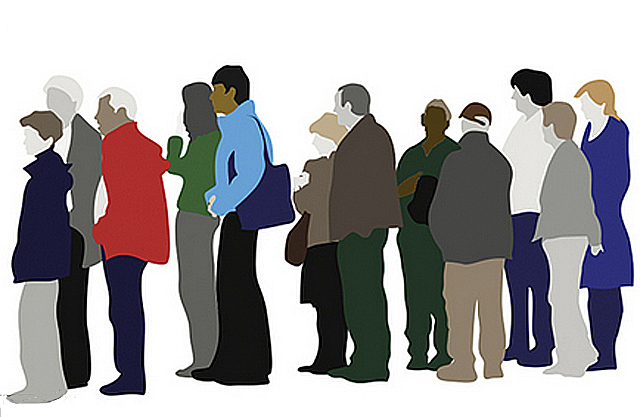 Faria: Getting US in Line for ObamaCare and Medical Rationing!

The final word from medical moguls and other pundits is coming out in full force on health care and medical journalism: Americans must be prepared, from the top down, to accept drastic medical and health care rationing. Why? Because “the establishment of the rational allocation of finite resources” (translate: the extensive rationing of medical services) will be desperately needed, if universal coverage, socialized ObamaCare medicine is to have a chance to work in this country.

To reach the goal of universal coverage and capture those elusive 30-45 million Americans, who remain uninsured and, inconveniently for government planners, refuse to buy coverage, the rest of America will be saddled with socialized ObamaCare, more taxes and less coverage, as in Canada and the United Kingdom. Remember, the elderly, those unable to work, and the very poor are covered under Medicare and Medicaid or both!

So those recalcitrant, individualist 30-45 million Americans will be forced to buy government insurance via private or public options, whether they want it or not, for those are the choices, backed by mandates and force, not the free market. And we better get used to it: mandates, rationing, and lack of choice, we will be increasingly facing, as American medicine becomes more and more socialized under ObamaCare.

So after years of medical innovations and advances, increasing cancer prevention (e.g., mammography, colonoscopy, and PSA testing) and associated increasing survival rates in breast, colon, and prostate cancer, the word is out that “more care is not necessarily better!” Moreover, paving the way for the coming rationing of health services, we are hearing, more and more, that some breast, colon, and prostate cancers may be slow growing and not as invasive as “we thought ,” and that, after all, they may not require treatment!

According to the CDC in 2005 (the most recent year for which numbers are available) 186,467 women were diagnosed with breast cancer and 41,116 women died from the disease in the US; likewise, 185,895 men developed prostate cancer and 28,905 men died from that malignancy. And yet, precisely because of aggressive prevention and treatment, including mammography and PSA screening, breast cancer mortality for women decreased significantly by 1.8% per year from 1998 to 2005, and prostate cancer mortality decreased significantly by 4.1% per year from 1994 to 2005 among men!(1)

So why this change in tune? Because medical politicians and health care gurus see the imminent US government takeover of American medicine, and those who pay the piper must dance to the tune; and that tune will mean not only increased taxation on the horizon, but also massive rationing and the drastic curtailment of medical services, as in Canada and the United Kingdom, if their socialized scheme of health engineering is to work in the US.

Yes, Americans have become accustomed to a “culture of medical technology and extensive treatments,” but one major reason for this is that there is little free market remaining in medical care, and we consume health care with the realization that someone else is paying for our medical bills — i.e., employers, insurance companies, and increasingly, government, which incidentally, already pays more than 50% of all health care bills in Medicare, Medicaid, services for illegal aliens, etc. (so that US medicine is already more than 50% socialized!)

If public health researchers want to receive government funding for their politicized research, they must agree with the collectivist consensus “that more care is not necessarily better,” and they must jump on the bandwagon of providing justification for the coming rationing of health care services because cancer prevention and extensive treatments are a “huge financial cost to society.”(2)

And the word is coming from high above, not only from government planners, the AMA, and prestigious medical journals, such as The New England Journal of Medicine (as usual), but even the American Cancer Society is jumping on the bandwagon of consensus building for the establishment of the need for rationing in American medicine.(3)

Remember the need for preventive medicine and the repeatedly invoked mantra of health care pundits: An ounce of prevention is worth a pound of cure? Not any more. Now, American doctors are allegedly doing not only too many procedures to detect cancer early — e.g., colonoscopies (for colon cancer) and PSA testing (for prostate cancer ), but also too many cardiac angiograms (for heart disease), Pap smears (for cervical cancer), even too many of the time-honored rectal examinations that American patients seem to love!

In short, Americans get prepared for health care rationing under ObamaCare. The medical politicians and health care research moguls have gotten on board and are playing the same coordinated (consensual) tune to the government pied piper — paving the way for the rationing of American medicine and ObamaCare!

Sooner than you think, the ObamaCare bandwagon may reach its destination in Congress. In 1974, Congress created a special methodology for balancing the budget, whereby the US Senate could reduce the escalating budget deficit with a simple majority vote (51 votes), rather than requiring the usual 60 votes that are needed to stop a filibuster. Under this Senate rule, the expediting process was called “reconciliation,” but it was only to be used for balancing the budget.

As I write this, President Obama and his Democrat Congressional leaders, Nancy Pelosi, in the House, and Harry Reid, in the Senate, are changing the rules to effect passage of this legislation at any price. They plan to use budget “reconciliation” rules to bypass the planned GOP Senate filibuster that would normally have allowed the Republicans to defeat the legislation with 41 Senate votes.(4) (The 41 votes possibility only became a reality when Senator Scott Brown was elected in Massachusetts to the US Senate on January 19, 2010.)

Americans and their elected Congressional representatives must remain firm during this all-important Congressional battle as to preserve freedom of choice and keep American medicine away from the clutches of government!

3) As to the serious implications of government rationing, see Dr. Faria’s previous articles on the subject of medical rationing: Managed Care — Corporate Socialized Medicine; Euthanasia, Medical Science, and the Road to Genocide; and Slouching Towards a Duty to Die.

Miguel A. Faria, Jr., M.D.is Clinical Professor of Surgery (Neurosurgery, ret.) and Adjunct Professor of Medical History (ret.) Mercer University School of Medicine; Member, Editorial Board of Surgical Neurology, an International Journal of Neurosurgery and Neuroscience, the Official International Journal of the Neurosurgical Societies of Belgium, Brazil, China, Romania, Russia and Taiwan (Published by Elsevier) 2004-2010; Recipient of the Americanism Medal from the Nathaniel Macon Chapter of the Daughters of the American Revolution (DAR) 1998; Ex member of the Injury Research Grant Review Committee of the Centers for Disease Control and Prevention (CDC). 2002-05; Former Editor-in-Chief of the Medical Sentinel (1996-2002), Editor Emeritus, the Association of American Physicians and Surgeons (AAPS); Author, Vandals at the Gates of Medicine (1995); Medical Warrior: Fighting Corporate Socialized Medicine (1997); and Cuba in Revolution: Escape From a Lost Paradise (2002).

This article may be cited as Faria MA. Getting US in Line for ObamaCare and Medical Rationing! GOPUSA.com, March 18, 2010. Available from:  https://haciendapublishing.com/faria-getting-us-in-line-for-obamacare-and-medical-rationing/.