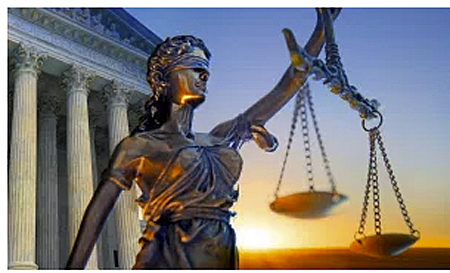 Faria: Freedom versus Equality (Part I)

In the summer of 1787, as the Founders, led by James Madison and Alexander Hamilton, concluded the drafting of the momentous Constitution of these United States, a Philadelphia lady at the steps of Independence Hall, asked, “Mr [Ben] Franklin, what kind of government have you given us?” He retorted, “a Republic, ma’am if you can keep it.”

What was a Republic, according to our Founding Fathers? A limited government, a Republican mode of governance, established with a broad-based foundation with the consent of the governed, instituted among men for the expressed purpose of protecting the unalienable Natural rights of life, liberty, property, and (not the guarantee of but) the pursuit of happiness.

The proposition was that man was capable of self-governance, and that he had been created free and equal by his Creator for that purpose. That meant equality before the law and equal opportunity in life for advancement and achievement; but they did not fool themselves with the false notion that men were equal in talents or ability. Nor did the Founders posit the erroneous nonsense that if men were nurtured properly (i.e., provided with the proper government environment), the happy result would be equality of outcome.

Freedom, not government compulsion, they asserted, would result in the emergence of a “natural aristocracy” based on merit, enlightened self-interest, ability, and hard work. They were cognizant of the fact that Liberty and Equality analyzed and carried to their logical conclusions unravel and end up at odds. And they were correct, as was proven only a few years later, when the excesses and violence of the French Revolution in the years 1789-1794 ended in a bloodbath in which, not liberty, equality and fraternity comingled, but anarchy and tyranny!

The Founders opposed mass democratic rule and chose for the new nation a Constitutional Republic because they feared the fickleness and passion of an incited mob that throughout history, misled by popular demagogues called for land and wealth re-distribution, “the leveling of society,” in their own selfish quest for power. The Founders in their wisdom did include a “more democratic” U.S. House of Representatives with direct representation to fulfill the aspirations of the people and give the new government a broad base of power with popular consent.

Nevertheless, cognizant of the lessons of history, particularly Greece and Rome, they also created an august Senate imbibed with more soberness and respect, inspired by the Roman Republic, to check, whenever needed, the passions and democratic instincts of the lower House. Majority rule was also to be tempered by sectional differences, not to mention the need of protection of the rights of the minority. Checks and balances were therefore provided within the two houses of Congress, among the three branches of government (i.e., Executive, Legislative, and Judiciary), as well as the national and the various state governments.

Today, over two hundred years later, have we kept our vigilance in preserving the Constitutional Republic that they created and bequeathed to us? Or are we now ruled by a consolidated Social[ist] Democracy, whose members have become addicted to Washington’s perks and power? Those who believe erroneously that “all men are created equal” means equality of outcomes and the leveling of society have led this nation for years down the path of socialism. Perhaps, if the infiltration of the ten planks of Karl Marx’s Communist Manifesto (1848) in our government and society serves as any guide, consider them:

1. Abolition of property in land and application of all rents of land to public purposes. [Consider the growth of federal lands in the last two decades as opposed to the loss of private farms in foreclosure proceedings, property taxes; the application of environmental laws in recent years to confiscate land; the abuse of eminent domain for the same purpose; asset forfeiture proceedings and the taking of assets and private property of citizens accused but not yet convicted of any crimes; government foreclosure and tax sales remain on the rise, even accepted as normal state of affairs…]

2. A heavy progressive or graduated income tax. [Check Amendment XVI (1913) of the Constitution; it was supposed to affect only the super-rich…Obama, like most Democrats, despite his rhetoric, wants to increase taxes—Income as well as Capital Gains taxes—and opposes the extension of the Bush tax cuts…]

3. Abolition of all right of inheritance. [The federal Inheritance (Death) tax has been as high as 55%, and on top of it, there are the supplementary confiscatory local and state taxes to make sure that when we die, the state, not our family, takes the largest piece of your property. Consider again that Obama and the Democrats do not favor extension of the Bush tax cuts or reducing or repealing the Death tax…]

4. Confiscation of the property of all emigrants and rebels. [Check the status of the expatriate tax provisions, included surreptitiously in the Kassebaum-Kennedy Law over a decade ago. The IRS wanted to follow you and tax your income for at least ten years, even if you decide to retire in the Cayman Islands or in Costa Rica in your old age…]

5. Centralization of credit in the hands of the State, by means of a national bank with State capital and an exclusive monopoly. [Consider Obama’s Banking regulation bill recently…But 1913 was the fateful troika year, when we were saddled, not only with the 16th and 17th Amendments but with the Federal Reserve. Besides the Fed in the USA, we also have to contend with the IMF and the World Bank. You know whose funds these global public-private partnerships use to operate with…]

6. Centralization of the means of communication and transport in the hands of the State. [The US government regulates the airwaves and has subsidized railroad monopolies such as Amtrak and ConRail… Obama has even attempted to partially seize the auto industry with an $80 billion bailout funded, of course, by US taxpayers…Avowed socialist and America-hater Hugo Chavez was elated and telephoned Fidel Castro to praise Obama for his steps to nationalize the US auto industry!)

7. Extension of factories and instruments of production owned by the State…[This is straightforward communism…The Democrats have decided that it is better to control and extort by regulation and taxation (i.e., via economic fascism or socialism) than by overt takeover (communism)…They have learned something both from the former Soviet Union, as well as the German National Socialists…]

8. Equal liability of all to labor. Establishment of industrial armies…[Consider how Union bosses contribute heavily to political candidates from the forced union dues extracted from their members; minimum wage laws coupled with employer mandates; onerous regulations stifling business and commerce. Obama is supporting the unions heavily, denying workers the right to work without paying dues…workers are being forced to unionize. A bill to this effect is about to be enacted by the Democrat-controlled Congress…]

9. Combination of agriculture with manufacturing industries; gradual abolition of the distinction between town and country by a more equal distribution of population over the country. [There go the fine distinctions between town and country, ecological balance, the Northwestern fir forests…! I will let the environmentalists ponder this one, but we know which side most of them have taken (and will take) when encountering socialism…]

10. Free education for all children in public schools…Combination of education with industrial production…[This requires no comment; public (government) schools have debased academic curricula, many are crime-ridden, and teach more about Earth Day and self-esteem than grammar, math, science and the basics; they can not compete with home or private schools… Obama and the Democrats are not helping but worsening the situation; they oppose vouchers and healthy competition between the private and public educational sectors…]

We cannot blame the Obama Administration for single-handedly instituting in America the ten planks of the Communist Manifest, but only in helping consolidate many of them. In the two years of this administration, we have seen reckless government spending (and resulting massive wealth transfer), spiraling out of control indebtedness, continuing class warfare rhetoric—and the resultant incredible, overt growth of socialism. Some of these issues and how we got to where we stand today will be discussed in Part II of this article.

Miguel A. Faria, Jr., M.D. is a Clinical Professor of Surgery (Neurosurgery, ret.) and Adjunct Professor of Medical History (ret.) Mercer University School of Medicine; Member, Editorial Board of Surgical Neurology, an International Journal of Neurosurgery and Neuroscience, the Official International Journal of the Neurosurgical Societies of Belgium, Brazil, China, Romania, Russia and Taiwan (Published by Elsevier) 2004-2010; Ex-member of the Injury Research Grant Review Committee (now the Initial Review Group (IRG)) of the Centers for Disease Control and Prevention (CDC). 2002-05; Founder and Editor-in-Chief of the Medical Sentinel(1996-2002; now Editor Emeritus); Author, Vandals at the Gates of Medicine (1995); Medical Warrior: Fighting Corporate Socialized Medicine (1997); and Cuba in Revolution: Escape From a Lost Paradise (2002).

This article may be cited as: Faria MA. Freedom versus Equality (Part I). GOPUSA.com, August 25, 2010. Available from: https://haciendapublishing.com/faria-freedom-versus-equality-part-i.