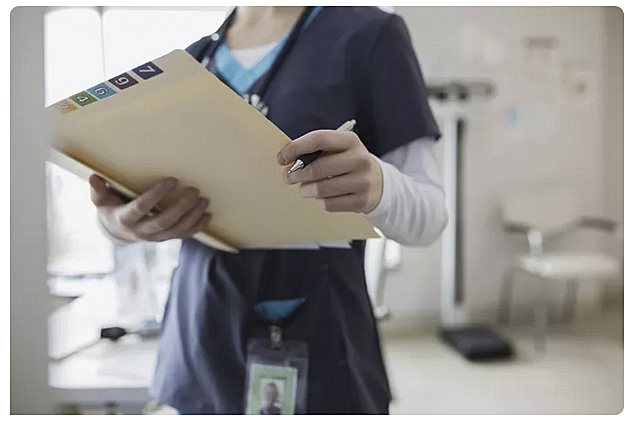 In a previous commentary, we discussed the ramifications of ObamaCare in terms of lowering the standard of American medicine, and the efforts of those in the media in preparing us for the drastic measures of rationing that will necessarily have to be put in place to sustain ObamaCare.

Who will then benefit from ObamaCare? Bureaucrats, who will grow like weeds over the land and power-grabbing politicians, who will also have to “manage” our health care; insurance companies that cooperate with President Obama’s mandates, since small businesses and entrepreneurs, as well as Americans who do not have insurance, will be coerced into buying insurance plans from those insurers that collaborate with the administration. For the first time in the history of this country, Americans will be forced to purchase a product they do not want, or else be heavily fined.

Who else will benefit? Enemies of freedom and privacy rights, who yearn to control the lives of others via government intrusion into all aspects of our lives. For them, government knows best. Now that the Supreme Court in two landmark rulings, in rapid succession, has ruled correctly that the Second Amendment is a fundamental and individual right, not a collective right (as in the National Guard), and it has been incorporated, so that the states cannot legislate it out of existence — the gun grabbers are back to their old tricks. They are attempting to use a back door to exclude certain Americans from exercising their Second Amendment rights, the rights to own and keep a firearm. You guessed it; that back door is via health care, ObamaCare. And although the names of the players and of the game may have changed, their motives and methods have not. Their scheme is an old trick.

Larry Pratt, Executive Director of Gun Owners of America (GOA), warns us that hidden deep within the pages of ObamaCare, which was already passed by Congress and even more rapidly signed by President Obama, there are requirements that “would force doctors to turn over all of your private medical information to the government so they could establish a national database of everybody’s medical records.”

Mr. Pratt, a champion of gun rights, is concerned not only about the rights of gun owners but also about medical privacy because during the Clinton administration, the Veterans Administration was required to release the mental health records of soldiers, without even notifying the veterans that their confidential records have been handed over to other government agencies. Mr. Pratt writes: “Without understanding the consequences of their actions, the VA labeled veterans as ‘mentally defective’ if they suffered any ill-effects of combat, from PTSD (Post Traumatic Stress Disorder) to merely having nightmares or difficulty managing their finances.” As a result, 150,000 veterans lost their constitutional right to keep and bear arms!

In the August 2010 letter to the GOA membership, Mr. Pratt goes on to write: “To declare a person a ‘mental defective’ because he or she has nightmares and sought psychological counseling upon returning home from a war is shameful and misleading. And then to release this information to other agencies of the federal government so they can deny a combat veteran his 2nd Amendment rights without a trial is despicable.” He makes a valid point. If the Clinton administration could do this to veterans, what can gun owners expect from the even more liberal Obama administration? After all, the veterans were poorly served although they had committed no crimes; on the contrary, they had served their country and placed their lives in harm’s way when called to do so!

What the citizens of Missouri did last week in rejecting ObamaCare by a 71% margin is wonderful. That rejection of socialism certainly needs to be repeated in other states, and ObamaCare, if necessary, challenged in federal court for its lack of constitutionality. But even more needs to be done. Mr Pratt’s solution is that Americans should support the repeal of ObamaCare in Congress. The measure, HR 4972, has already 100 cosponsors. By the rules of the House of Representatives, the bill can be brought immediately to the floor for a vote by a simple majority of the members via a Discharge Petition. If that occurs, members of Congress would be forced to vote and go on record, one more time, as either supporting or opposing ObamaCare. And now that Americans have become aware of the realities of ObamaCare and oppose it by large majorities, supporters of the socialist-authoritarian measure would be hard pressed to continue to support it.

Write your Congressman. As of this week, Mr. Pratt inform us that 153 signatures are already on the Discharge Petition, and the measure only needs 65 more signatures to become effective!

This article may be cited as: Faria MA. Faria: ObamaCare, Medical Privacy and Gun Rights. GOPUSA.com, August 16, 2010. Available from: https://haciendapublishing.com/faria-obamacare-medical-privacy-and-gun-rights/.