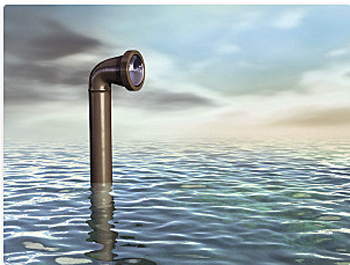 Doctors to Spy on Patients’ Gun Ownership by Miguel A. Faria, MD

Just when you thought talking to your doctor or psychiatrist was one of the most private and confidential things you could do … think again.(1) In what it describes as an effort to curb handgun violence, a group called Doctors Against Handgun Injury is calling for sweeping changes in doctor-patient confidentiality that would allow doctors, including psychiatrists, to pry about their patients’ gun ownership.

In the past, the medical community fought strenuously against any invasion by government or others into the confidentiality of patient records and information. For example, the American Psychiatric Association (APA) had, in the past and for obvious reasons, been a bulwark in the defense of patient privacy and medical record confidentiality.(2) Suddenly, events have taken a nefarious course. The APA has now regrettably joined Doctors Against Handgun Injury, a gun prohibitionist coalition.

This coalition ­ which also includes the American Medical Association (AMA) and, not surprisingly, the strident American Academy of Pediatrics (AAP) and 10 other medical organizations reportedly comprising 600,000 doctors ­ is calling for a variety of patient privacy-invading measures in the name of gun safety.

Don’t be fooled by their innocuous-sounding name. In a revealing article published in the New York Observer on March 15, 2001, and through information that has come to our attention, Doctors Against Handgun Injury plan to announce a new campaign to push for increasingly more stringent gun control measures and “will engage in what it calls ‘upstream intervention’ ­ that is, using regular checkups to ask patients about firearm ownership and storage in their homes.”

“To promote public safety, health professionals and health systems should ask about firearm ownership when taking a medical history or engaging in preventive counseling,” the report states. “Patients should be provided with information about the risks of having a firearm in the home, as well as methods to reduce the risk, should they continue to choose to keep them.”(3)

According to the New York Observer article, “The group is also calling for more conventional measures, such as mandatory background checks of purchasers at gun shows, limits on the number of guns that can be purchased by individuals and a waiting period for all gun buyers. This is the first time that such a large group of doctors has taken a position on gun control.”

This is a regrettable and ill-conceived effort.

This new policy, if implemented by physicians, particularly by psychiatrists, constitutes a breach in medical ethics, a boundary violation in reference to abuse of the patient-doctor relationship, and an egregious invasion of privacy.

A boundary violation takes place when a physician breaches the patient’s trust and uses his authority to advance a political agenda. As Dr. Timothy Wheeler explained in an article in the Medical Sentinel, “A patient who seeks medical or psychiatric treatment is often in a uniquely dependent, anxious, vulnerable, and exploitable state.

“In seeking help, patients assume positions of relative powerlessness in which they expose their dignity, and reveal intimacies of body or mind, or both. Thus, compromised, the patient relies heavily on the physician to act only in the patient’s interest and not the physician’s.”(4)

From time immemorial, patient privacy and confidentiality have been ethical concepts that, up until now, were fundamental to all physicians and to the patient-doctor relationship. The Oath of Hippocrates, in fact, states: “Whatever, in connection with my professional practice or not in connection with it, I may see or hear in the lives of men, I will not divulge, as reckoning that all such should be kept secret. While I continue to keep this oath unviolated, may it be granted to me to enjoy life and the practice of the art, respected by all men at all times, but should I trespass and violate this oath, may the reverse be my lot.”

For psychiatrists, who of necessity should be able to obtain very personal and confidential information for their patients’ mental health evaluation and treatment, trust is paramount.

Some psychiatrists, again with good reason, have claimed in their medical practices a patient-doctor privilege similar to the attorney-client privilege that lawyers legally enjoy in their profession and which is a notch above what physicians now possess in patient-doctor confidentiality. Thus, this push by organized medicine, including the APA, should be received by patients with great concern and trepidation.

With this new incursion into gun politics by the medical profession, it’s easy to see why patients may be more reluctant and less candid than ever with their physicians, which may, in turn, be detrimental to their medical care. With good reason, patients may now perceive that their doctors, in asking them about guns in their homes, are acting more as an arm of the government prying into their personal lives than as their advocates in health care.

It will be easy to discern that physicians involved in this intrusion of privacy are placing the so-called good of society and the state above their ethical obligation to put their individual patients first, as required by the Oath of Hippocrates.

Physicians should know better from the medical experience in both the former Soviet Union and Nazi Germany in the 20th century. In the USSR, the world bore witness to the perversion of psychiatry, which became a tool of the totalitarian state. We have the case of Soviet dissident Vladimir Bukobsky, who spent 10 years in Soviet hospitals and psychiatric wards because of his political beliefs.

Soviet psychiatrists, Bukobsky later testified to the world, collected information on their patients, substantiated purported evidence of mental illness and concocted testimony against their patients to facilitate their internment in Soviet psychiatric hospitals for their purported rehabilitation. Bukobsky survived and, like the great poet Alexandr Solzhenitsyn, who also spent years in the gulags, bore witness to the fact that science must remain divorced from politics.

When science, particularly medicine, becomes wedded to partisan politics, history shows us, the results are as perverse as they are disastrous to freedom.(5) In the momentous article “Medical Science Under Dictatorship,” Dr. Leo Alexander, the chief U.S. medical consultant at the Nuremberg War Crimes Trials, examined “the process by which the German medical profession became a willing and unquestioning collaborator with the Nazis.” He noted the early changes in medical attitudes that predisposed German physicians to first collect data on their patients to conduct what today we call “cost-effective analysis,” and then to use the latter information as a vehicle to commit medical genocide under the auspices of the totalitarianism of National Socialism.

Dr. Alexander warns us that “from small beginnings” the values of an entire society may be subverted, leading to the horrors of a police state. The “small beginnings” in Nazi Germany that Dr. Alexander referred to first led the physicians to collect data from their patients and then violate their patients’ privacy and medical record confidentiality by supplying the information to the state.(6)

Organizations with humanitarian-sounding names were set up in Nazi Germany to institute “health” programs, under deceptive, euphemistic terms. For example, questionnaires collected by a “Realm’s Work Committee of Institutions for Cure and Care” gathered and reported information on patients who had been ill five years or more and who were unable to work.

“On the basis of name, race, marital status, nationality, next of kin, whether regularly visited and by whom, who bore financial responsibility, and so forth,” decisions were ultimately made for the patient euthanasia program heralded by the Nazi government for the good of the state and the “health of the nation.”

The first steps taken toward barbarism were the result of the physicians’ willingness to participate in patient data collection and the violation of medical privacy. “Corrosion,” as Dr. Alexander wrote, “begins in microscopic proportions.”

German physicians were, more than any other profession, heavily represented in the Nazi Party, which they joined in droves. German psychiatrists were no exception, and they also enthusiastically supported Nazi Germany’s gun control laws of 1938 that disarmed the civilian population and left a monopoly of force in the hands of the German military and the SS.

The rest, as we say, is history.

As to the commitment of the AMA and organized medicine for strict gun control and civilian disarmament, there is no longer any doubt.(7,8)

In the case of the American Psychiatric Association, one only has to peruse its position statement on homicide prevention and gun control promulgated by its leadership as early as 1993: “In view of the need to reinforce individual and group sanctions against the use of violence as a social instrument, behavioral mode, or adaptorional [sic] pattern, as psychiatrists have done with drug abuse, suicidal actions, and antisocial behavior, the American Psychiatric Association recommends that strong controls be placed on the availability of all types of firearms to private citizens.”(9)

Why would the AMA and organized medicine become involved in this politically expedient but potentially explosive issue of gun control and condone the systematic violation of the privacy of vulnerable patients?

This continuing, thinly veiled gun control effort is also a public relations ploy to get endless, politically correct, praiseworthy media publicity and score public relations points while ingratiating organized medicine to the liberal media. The truth, sound scholarship, free inquiry, and the free flow and exchange of information, as it regards the benefits of firearms in the hands of law-abiding citizens, be damned.

In the case of the AAP, the amount was a whopping $1.1 million of taxpayers’ money at the height of the Clinton health care debate of 1993-1994!(10) Has organized medicine ­ the AMA, the APA and their cohorts ­ learned the lessons of history? To our peril, apparently not.

When they do, I hope they will come to their senses, return to the medicine and ethics of Hippocrates, and forsake this utter statist, authoritarian madness.

2. Testimony of the American Psychiatric Association on H.R. 4585, the Medical Financial Privacy Protection Act before the Committee on Banking and Financial Services, U.S. House of Representatives, June 14, 2000.

Dr. Faria is Editor-in-Chief of the Medical Sentinel, the official journal of the Association of American Physicians and Surgeons (AAPS), and author of Vandals at the Gates of Medicine (1995) and Medical Warrior: Fighting Corporate Socialized Medicine (1997), and Cuba In Revolution: Escape From a Lost Paradise (2002), https://HaciendaPublishing.com.

This article may be cited as: Faria MA. Doctors to Spy on Patients’ Gun Ownership. Medical Sentinel 2001;6(4):115-117 and NewsMax.com, March 26, 2001. Available from: https://haciendapublishing.com/doctors-to-spy-on-patients-gun-ownership-by-miguel-a-faria-md