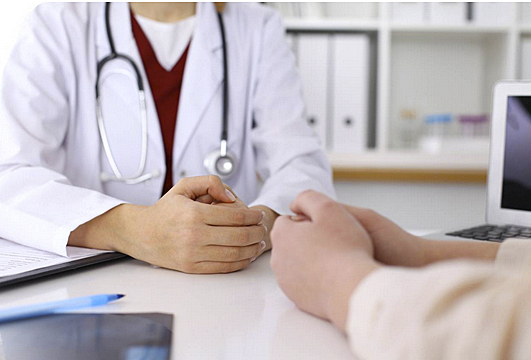 Imagine this scenario: you visit your doctor for back pain. Your doctor asks if you have firearms in your home. Then he announces that your family would be better off (especially your children) if you had no guns at all in your house. You leave the doctor’s office feeling uneasy, wondering what guns have to do with your backache. Does your doctor care about your family’s safety? Or instead, did he use your trust and his authority to advance a political agenda?

American families may soon find themselves in this scenario. Social activists are taking their war on gun ownership to a new battleground: the doctor’s office.(1) The American Medical Association (AMA)(2), American Academy of Pediatrics (AAP)(3), and American College of Physicians (ACP)(4) are urging doctors to probe their patients about guns in their homes. They profess concern for patient safety. But their ulterior motive is a political prejudice against guns and gun owners. And that places their interventions into the area of unethical physician conduct called boundary violations.

Doctor-patient sex is the most well-known and sensational example of a boundary violation. More recent literature recognizes a wide variety of non-sexual violations.(5) These cover such issues as finances, confidentiality, and gratification of the doctor’s needs. Although boundary violations were first addressed in the psychiatry literature, it has become clear that they also occur in general medical practice.(6)

Boundaries in the doctor-patient relationship derive naturally from the relationship’s fiduciary nature. In general, “treatment boundaries can be defined as the set of rules that establishes the professional relationship as separate from other relationships and protects the patient from harm. A patient who seeks medical or psychiatric treatment is often in a uniquely dependent, anxious, vulnerable, and exploitable state. In seeking help, patients assume positions of relative powerlessness in which they expose their weaknesses, compromise their dignity, and reveal intimacies of body or mind, or both.”(7)

Thus compromised, the patient relies heavily on the physician to act only in the patient’s interest and not the physician’s. A doctor must put the patient’s needs before his own. But a physician reverses the priorities when because of passionate political beliefs he tries to influence his patient against guns. This physician puts his own need to “do something” about the perceived evil of guns before the needs of his patient. He crosses the line from healer to political activist. Such doctor-on-patient political activism is recognized in Epstein and Simon’s Exploitation Index(8) as a boundary violation.

Just as some physician sexual transgressors may insist their sex relations with a patient are therapeutic, the activist doctor may protest that he only seeks to prevent “gun violence.” However, the conduct of the medical activists strongly indicates that their interest in patients’ guns is political, not therapeutic.

The AAP, ACP, and AMA are members of the Handgun Epidemic Lowering Plan (HELP) Network, based in Chicago. HELP is an exclusive advocacy group dedicated to banning guns.* Physicians who disagree with HELP’s anti-gun agenda are barred from attending HELP’s conferences, a policy unthinkable in any scientific organization. HELP’s founder and leader Dr. Katherine Christoffel has compared guns to viruses that must be eradicated.(9) The group’s militant advocacy has no place for differing viewpoints on firearms, and apparently neither do the medical organizations which have signed on as HELP members.

In fact, the AAP has adopted its “gun safety instruction” patient materials from the gun-ban lobby Handgun Control, Inc. (HCI). The AAP and Handgun Control, Inc.’s informational wing the Center to Prevent Handgun Violence advise families in their STOP pamphlet, “The safest thing is to not have a gun in your home, especially not a handgun.”(10) And a survey of pediatricians showed 76 percent supported a ban on handguns.(11) Patients who seek objective advice on firearm safety should not look to pediatricians as a group. And any doctor should know that patient counseling based on these materials is politics, not medicine.

Perhaps the most revealing aspect of organized medicine’s anti-gun bias is its persistent refusal to address the criminology literature on guns. For over 20 years, criminologists have studied firearms, their use and misuse, their risks and benefits. Especially in the last two years prominent researchers have found that firearm ownership is not the scourge that medical activists have claimed it to be. The best and latest research finds that private gun ownership by responsible citizens not only is safe, but protects the individual as well as his community from violent crime.(12)

One would think that medical firearm researchers would be intensely interested in this scholarship. But so far the editorial boards of the journals of the AAP, AMA, and ACP have neither responded to nor acknowledged it. With their silence these editors have effectively ended whatever credibility they had in firearm research. That field of study is apparently useful to them only as a vehicle for the advancement of their political goal of gun prohibition. When the scientific process yields knowledge contrary to that goal, activists either attack its author13 or ignore it altogether. Such conduct is inexcusable in any area of scientific endeavor. Honest scientists face conflicting data objectively. And honest doctors do not use biased research to give false authority to their negative feelings about guns.

So how can a patient tell if her doctor’s advice about guns is good preventive medicine or political activism? Patients can assess a doctor’s advice by keeping the following questions in mind:

1) Does the doctor respect your right to keep guns? Or does he subtly send a message that guns are somehow bad? Moral judgments about the right to self-defense, hunting, or other legitimate uses of guns are not acceptable subjects for a doctor talking to a patient.

2) Does the doctor quote statistics from the American Academy of Pediatrics or the American Medical Association about the supposed risks of guns in the home? Do you see anti-gun posters or pamphlets from these organizations in her office? These materials are based on the “advocacy science” of anti-gun activists like Dr. Arthur Kellermann, much of which was funded by the federal Centers for Disease Control and Prevention (CDC). Congress cut off all the CDC’s 1997 funding for gun research because of the CDC’s anti-gun bias.(14) No doctor who knows firearms would base her advice on this frankly political literature.

3) Is the doctor familiar with the National Rifle Association’s (NRA) Eddie Eagle gun safety program for children, or other established gun safety education programs? If not, is she interested in learning about them? Unlike the AAP’s Stop program, Eddie Eagle educational materials for children contain no political or moral judgment about guns. This NRA program has been honored by the National Safety Council, the American Legion, and the governments of 19 states. The Eddie Eagle slogan “If you see a gun, Stop, Don’t touch, Leave the area, Tell an adult” was even endorsed by the generally anti-gun California Medical Association (CMA).(15)

Despite intense publicity for the AAP’s Stop program and similar initiatives, most doctors shy away from scrutinizing their patients’ gun ownership. In a recent study 91 percent of surveyed doctors felt that firearm violence is a public health issue. But only 3 percent said they frequently talk to patients about firearms in the home. Two-thirds of the surveyed doctors said they never talk to patients about the subject.(16) This may indicate that although they are generally concerned about firearm injuries, doctors do not see politically motivated patient counseling as appropriate professional conduct.

In a revealing section, the AAP’s Stop speaker’s kit warns would-be lecturers of “resistant audiences” who may disagree with them on scientific or ideological grounds. One section offers talking points for dealing with these “challenging individuals.”(17) The kit’s authors seem to anticipate their audiences may recognize its political nature.

Patients do have remedies for the boundary-crossing doctor. In today’s competitive health care market most patients can choose from many doctors. Changing doctors is the simplest solution. A written complaint to the health plan’s membership services department can send a powerful message that boundary violations by doctors will not be tolerated. If the problem persists, patients can file a complaint with the doctor’s state licensing board. Medical licensing boards are increasingly aware of the problem of boundary violations. Although state boards have addressed primarily sexual and financial misconduct, the broad principles they have developed to guide doctors in these areas apply to the entire doctor-patient relationship.(18,19)

The author cannot advise the reader to take a particular course of action. A patient confronted with physician misconduct must decide for himself which action, if any, to take. But patients should realize they do have choices in dealing with physician boundary violations involving political activism, especially in such personal matters as firearm ownership. And physicians should be aware of the personal risks they take when they bring political activism into the exam room.

* See also “The Perversion of Science and Medicine” in the Spring and Summer 1997 issue of the Medical Sentinel for more information on the advocacy activities of this organization and a contrarian viewpoint on the subject of firearms and violence.

Dr. Wheeler is the Director of Doctors for Responsible Gun Ownership, a Project of The Claremont Institute. His address is P.O. Box 1931, Upland, CA 91785, e-mail: drgotww@aol.com.

This article may be cited as: Wheeler T. Boundary violations — gun politics in the doctor’s office. Medical Sentinel 1999;4(2):60. Available from: https://haciendapublishing.com/boundary-violations–gun-politics-in-the-doctors-office-by-timothy-wheeler-md/