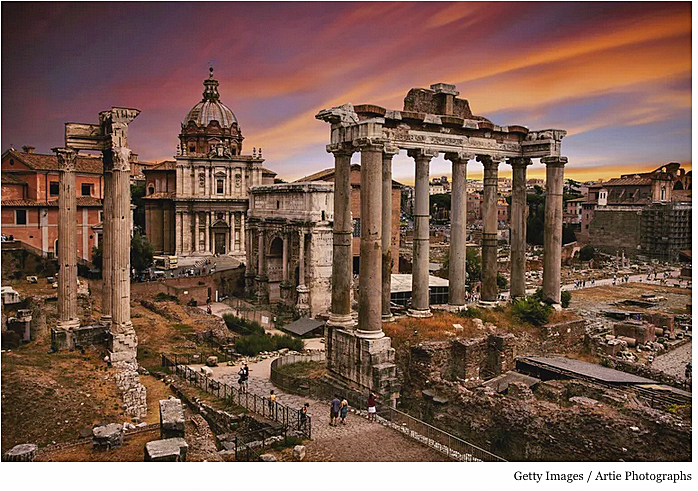 A civic duty and a historic parallel

Macon Telegraph journalist Charles Richardson, former Mercer University President, Dr. Kirby Godsey, and Mercer Law Professor David Oedel have all brought interesting points to the discussion of the problem of education and ethics. I believe this is a problem — not just affecting Georgia and Bibb County — but also the nation. And, in contemporary society, it goes deeper than educational methodology and throwing money at the problem. If history is any guide, it goes, unfortunately, to the core of our development as a society, citizenship, and declivity as part of (Western) civilization.

Consider the civic duty of a citizen in the Roman republic up to the time of the conquest of Alexander’s Hellenistic world, the sense of duty of the citizen to serve the republic; the thirst for learning of Greek aesthetics, architecture, law, history, rhetoric, mathematics, oratory, absorption of the various schools of philosophy (e.g. Stoicism, empiricism, humanism), etc.

In short, there was great value and pride to be a well-rounded, learned, Roman citizen, incarnated in the highest officers of the state, from the consuls Scipio Africanus Major (236-183 BC), Scipio Aemilianus Africanus Minor (185-129 BC), Gaius Titus Flaminius (c. 210-187 B.C.), Tiberius Sempronius Gracchus (the father of the more popular Gracchi brothers), etc., was enhanced by the friendship of the Romans to the various people they conquered, such as the Greek historian Polybius (200-118 BC).

This sense of citizenship of duty and of learning, trickled down to the citizen, who was more than willing to be informed about civic affairs, serve the nation, the army (i.e., citizen-soldiers), in the magistracies, in the remote provinces and outposts. Roman citizenship was a symbol of pride and a valued asset in the Republic and in the early empire. The civic sense or responsibility of the Roman nobility ended with the death knell of the Republic, although a semblance of it persisted with the Principate during the Pax Romana and the Silver Age of the Adoptive emperors. Loss of self governance and freedom, and the confidence that went with them resulted in decline in the sense of civic duty and responsibility in the late Empire.

Consider the attitudes of the Romans by the time of brutish Emperor Caracalla, who extended citizenship to people in the provinces who no longer cared or wanted it be citizens, so they would not have to pay further taxes and serve in the civic offices of the empire.

Taxation became rampant with corruption. Decadence surpassed duty. Citizens were no longer were willing to serve as soldiers to defend the borders of the empire against the barbarian hordes piling up at the frontiers.

Citizens were then unwilling to serve the public as magistrates, judges, etc., not to mention serving in the army in remote outposts. And for those who served in the professional army, shields and armaments had to be made lighter. Professional soldiers no longer wanted to carry the heavy items. The frontiers had to be guarded against barbarians entering, pillaging and plundering the empire, and because of the lack of recruits, this became an insurmountable task. Because of the shortages of citizens serving in the army, both enlisted men and officers, Germanic and Hun barbarians were permitted to enter Western empire provinces and then were recruited to serve in the dwindling Roman army.

Towards the end, the tables were turned and the masters now served at the will of the slaves, and the Germanic generals Stilicho and Ricimer made and deposed emperors at will, and the Western Empire formally collapsed in A.D. 476.

Educational decline and lack of ethics in government are symptoms of a civilization in decline. I hope I am wrong, and the problem with education is a temporary setback phenomenon in our society. If that is the case, then we can reform the system by the promotion of true academic excellence and dedication to basic core curricula (e.g., more time in math, science, reading and writing) and less time in self-esteem and “feel good” promotion and political correctness.

Civics and ethics should be taught in schools so our youth learn moral values and the cardinal virtues, and later, as productive citizens, have functioning moral values with an understanding of civic duty and moral responsibilities.

We should empower parents by increasing school choice and parental involvement in education, including the institution of vouchers and tax deductions for paying tuition in the schools of choice. Teachers should be freed from the stranglehold of the centralized, educational bureaucracy as to be able to raise educational standards and prepare children as individuals for the real technologic and competitive world they will be confronting in the 21st century.

The good news about Roman history and modern parallels is that Rome, as the city on the hill, lasted more than a 1,000 years, and despite periods of crisis and resurgence, such as under Constantine the Great, its period of decline lasted nearly 300 years, from approximately A.D. 180 until its fall in A.D. 476.

Will we last that long, even in decline?

2 thoughts on “A civic duty and a historic parallel”