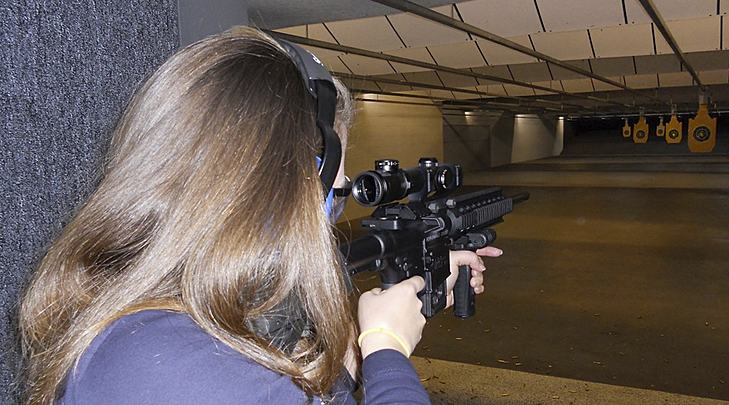 Two gun control organizations have stepped forward to bring different approaches to the gun control debate. Make no mistake about it, both of these groups have an agenda, and that is, circumvent the individual right to gun ownership embodied in the Second Amendment.(1)

The Violence Policy Center (VPC) reports, “In 1998, for every time a women used a handgun in the U.S. to kill in self-defense, 101 women died in handgun homicides.”(2) This is the same flawed methodology utilized by biased researchers in the public health/gun prohibitionist establishment that has been discredited by serious, independent scholars in sociology, criminology, medicine and constitutional law.(3)

The benefits of firearms in the hands of law-abiding citizens are the lives saved, the property protected and the injuries prevented, not the burglar or rapist body count.(4) This concept is so important that the Medical Sentinel of the Association of American Physicians and Surgeons (AAPS) has dedicated two special issues — including the forthcoming Spring 2001 issue of its official journal — to this important topic.

The VPC also contends that “in spite of gun industry marketing, handgun ownership among women remains rare, with no statistically significant change since the 1980s.(2) There is a grain of truth in the statement – in that not enough women avail themselves of this constitutional right – but mostly, it’s inaccurate and misleading.

The reality is that although we don’t know exactly how many women own guns for self-protection, we do know that more women than ever own firearms. It has been estimated that 17 million American women own or carry guns for self-defense. Still, women are being victimized because it’s the perception and reality that not enough of them are carrying guns for self and family protection.

Yes, many women who work in dangerous neighborhoods or who stay late at night at work are being victimized because they do not carry a gun and have not been trained in the use of firearms. Between 2-5 percent of the population in “shall issue” concealed carry permit (CCP) states avail themselves of that right. Less than half are women!

The reasons for this are many, but two important ones are: 1) guns have been demonized by the media and demagogic politicians, and 2) citizens even with legal permits are frequently forbidden from exercising that right in many places such as public gatherings or restaurants. Reciprocity with other states needs to be established, and concealed carry needs to be expanded to eliminate victim disarmament zones.

Employers also need to be educated as to their potential liabilities when they forbid employees with concealed carry permits (CCP) from exercising their right. CCP holders are law-abiding citizens. Less than 0.6 percent of licensed gun owners lose their permit for any reason, the majority of which are bureaucratic, including traffic violations. In fact, Frederick A. Paola, M.D., J.D., of the Division of Medical Ethics and Humanities, Department of Internal Medicine at the University of South Florida College of Medicine, has propounded the legal thesis that when certain physicians advise patients to disarm, and their patients are subsequently raped, robbed, assaulted or murdered, the physician could be liable for negligence.(5)

Women carry guns for self-protection less than men (32 percent versus 47 percent), according to a survey by the magazine Women and Guns (2000).(6) The rate of concealed firearm carrying is lower for states, like California, which has a restrictive concealed carry permit. Surprisingly, there are states such as New Mexico and Missouri, and of course, the District of Columbia, that have no concealed carry laws at all. This is lamentable because the police have no obligation to protect individuals, only a duty to provide general protection to the community as a whole (Bowers v. DeVito, 1982). Recognizing the weakness of this unfortunate and untenable situation in those states, a surprising number of gun owners, including women, carry firearms without a permit.(6)

The other group I wanted to briefly mention has made its debut as Americans for Gun Safety (AGS). This group is trying to pass itself off as neutral in the debate, but it is not. It just uses a different, less confrontational approach to chip away at the Second Amendment. The objects of its disaffection are gun shows, although in internal documents, this group also endorses national licensing and registration.(7)

While AGS claims otherwise, federal law requires Federal Firearms License (FFL) holders to run the same National Instant Check System (NICS) check on the transfer of firearms that takes place at a gun show as they run at their place of business. The AGS also claims that “convicted felons are buying guns at gun shows.” This is refuted by Bureau of Justice Statistics (BJS) which report that only 1.7 percent of federal inmates who possessed a firearm during their offense reported the gun was obtained, either purchased or traded, at a gun show. Moreover, the National Institute of Justice (NIJ) in another study bolsters the BJS report, corroborating the fact that less than 2 percent of guns used by criminals came from gun shows.

Gun shows are as American as mom and apple pie for many of our citizens. They should be protected from those who have in mind nothing less than the complete circumvention of the right of citizens to keep and bear arms.

Miguel A. Faria Jr., M.D. is editor-in-chief of the Medical Sentinel of the Association of American Physicians and Surgeons (AAPS), and author of Vandals at the Gates of Medicine (1995) and Medical Warrior: Fighting Corporate Socialized Medicine (1997). Website: HaciendaPublishing.com.

This article may be cited as: Faria MA. Women, Guns and Disinformation. NewsMax.com, February 21, 2001. Available from: https://haciendapublishing.com/women-guns-and-disinformation/.