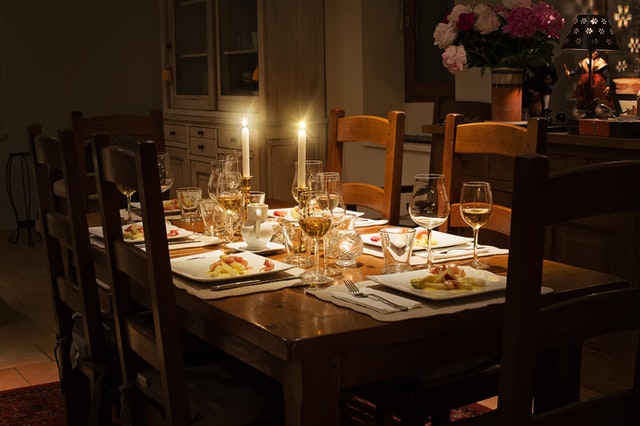 Why is there no Thanksgiving in Havana? by Craige McMillan

Thanksgiving is a uniquely American holiday. If you don’t feel particularly thankful this year, go to the bookstore and buy Dr. Miguel A. Faria, Jr.’s insightful and autobiographical book, Cuba in Revolution: Escape from a Lost Paradise. You will become educated about Cuba, you will learn about America, and you will become very thankful.

Faria, now a retired neurosurgeon and naturalized American citizen, was just 13 when his father, also a physician, decided their time had run out in Fidel Castro’s new revolutionary Cuba. The book opens with their highly readable clandestine escape, and later develops their circuitous route to the United States.

If your only exposure to Castro’s Cuba is today’s high-school textbooks or television news, be prepared for a different picture of the revolution and its human toll. Faria’s family helped to topple Batista, only to find their own lives in danger not long after. Faria complements his own direct knowledge by revealing some little-known history leading up to and through the revolution.

Interwoven with this narrative are the major elements of American relations with Cuba: the Bay of Pigs, the Cuban Missile Crisis, and the Elian Gonzalez saga. The Cuban cost for President Kennedy’s abortive Bay of Pigs operation was over 100,000 arrests by Castro’s secret police. “Around the time of the Bay of Pigs invasion, from April through October 1961, hundreds of executions took place in these fortress prisons, and prisoners complained they could not sleep because of the shots heard day and night.”

American prestige diminished worldwide after the Bay of Pigs. “Three months after the American debacle, Soviet Premier Khrushchev, emboldened by Kennedy’s weakness at the Bay of Pigs, ordered the construction of the Berlin Wall in defiance of the West, particularly the U.S. Then, 18 months later, the Cuban Missile Crisis of October 1962 would bring the U.S. and the Soviet Union to the brink of nuclear war.”

Intermingled with the Elian Gonzalez story is Faria’s critique of the mainstream American media, and especially Dan Rather, whom Faria terms “one of Fidel Castro’s greatest apologists.” In covering the Gonzalez story, Faria ranges through similarities developing among American education, violence and gun control, and health care — which many believe are bringing America more into line with Cuba than the reverse. “The point,” Faria concludes, “is that the problems we are currently experiencing in American schools are directly attributable to the same type of one-size-fits-all, collectivist reforms that have been implemented in failed socialist nations.”

Perhaps because medicine has been so much of Faria’s life, he reserves a significant portion of his critique for the American trend toward the Cuban system of “free” health care. “Anyone who has visited Cuba, particularly in the last 20 years, knows that reported (and widely publicized) Cuban statistics do not square with the realities of the ordinary Cubans’ detestable, bare living conditions.” Faria’s assertions are backed up with facts and figures, and with detailed coverage of the system’s many failures.

Perhaps most chilling within Faria’s medical coverage is the chapter covering psychiatry. “Cuban dissidents, who are charged with opposition to the regime, however peacefully, are arrested, systematically interrogated by the DGI, and treated as if they were psychiatric cases, interred inhumanely and horribly in psychiatric wards among the criminally insane.” The chapter is detailed and well-documented. The socialist left’s compassion seems limited to those who agree with its ideology.

The last part of Faria’s book is devoted to looking ahead. What can Cuba become when Castro is finally gone? A section of photographs provides a brief history of Cuba. Several appendices detail assertions Faria makes in the book, and an excellent index spans 29 pages.

Would I change anything? I wanted more of Faria’s life revealed as he told the Cuba story. Those who were once immigrants and who grew to love America — yet still harbor dreams for freedom in their former homeland, especially when they are educated and articulate as Faria is — are among our nation’s most interesting and valuable citizens. Also, media criticism plays such an important role in the book that I would have preferred it be dealt with centrally in a chapter or two, rather than interspersed among the narrative as a whole.

These are small criticisms, however, of what is a valuable and important book. For anyone who cares about Cuba, this is a must-have book. For those of us concerned about the socialist drift in American society, this book will answer many questions, and build a foundation for our doubts. Homeschoolers may want to use it to enlighten another side of history not well-revealed in today’s bookstores and public libraries.

Craige McMillan is a columnist for WorldNetDaily.com.

This article may be cited as: McMillan C. Why is there no Thanksgiving in Havana? WorldNetDaily.com, November 28, 2002. Available from: http://www.wnd.com/index.php?fa=PAGE.view&pageId=16062.