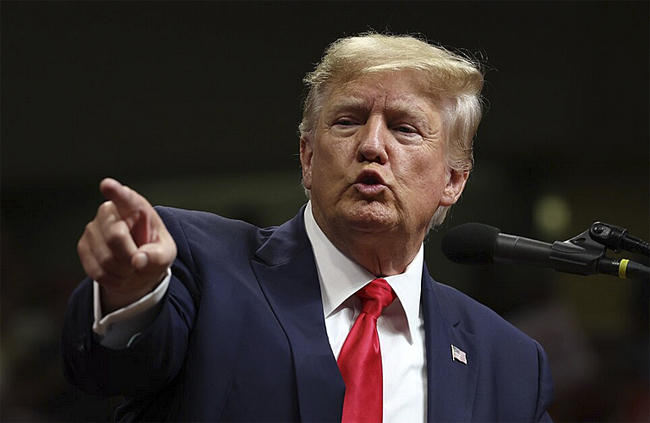 As a result of the electoral power of the Trump movement, the states of Pennsylvania, Maryland, and New York could elect conservative Republican governors. That was the message Trump-backed candidate Doug Mastriano brought to the Dan Cox for Governor rally in Maryland on Saturday.

A target of the national Democratic Party and media, Pennsylvania State Senator and retired Army Colonel Mastriano is the Republican candidate for Pennsylvania governor and arrived at the Maryland rally after campaigning for New York gubernatorial candidate Andrew Giuliani, the son of the former New York City mayor, Rudolph Giuliani.

Rudolph Giuliani is best known as the prosecutor who broke up the organized crime families in New York City and reduced crime as mayor before he served as an attorney for Trump on election integrity.

The New York primary for governor is June 28.

The rally opened with “God Bless America” and drew more than 500 people in the hot sun eager to restore freedom in the “Free State” and America at large.

Dan Cox, the father of ten children and a state delegate, is endorsed by Maryland Right to Life and is facing a RINO opponent, Kelly Schulz, who is backed by term-limited RINO GOP Governor Larry Hogan and says she will “do nothing” to change the state’s pro-abortion laws.

The Maryland event at a farm in Hampstead also featured Alan Keyes, the former Ambassador who spoke optimistically that the Supreme Court ruling overturning Roe v. Wade marks a new beginning for America.

It is worth noting that Alan Keyes drew attention to the Marxism of Barack Obama when he ran against Obama for the U.S. Senate in 2004. “Thanks to my experience with Obama,” he said, “I had the strong sense that his tenure would mark a major crisis that would threaten the survival of constitutional self-government, of, by, and for the people of the United States.”

In a presentation seven years ago to the America’s Survival conference, “Cultural Marxism and America’s Moral Collapse,” Keyes discussed the assault upon America’s unalienable rights and essential liberties. He has been a vocal and articulate champion of traditional values.

For his part, former President Trump called into the rally to his supporters on behalf of Dan Cox and Doug Mastriano and was praised for the fact that when campaigning for president in 2016, he had said he would put 2-3 justices on the Court who would overturn Roe v. Wade. It was a promise made and a promise kept during his term, one that could change the course of American history for the better and is comparable to the freeing of the slaves.

Of course, Trump continues to be accused by what he calls the “Unselect Pseudo Committee” of organizing an “insurrection” on January 6, because he spoke at the pro-Trump rally outside the Capitol and urged a peaceful redress of grievances, as the Constitution clearly permits.

Meanwhile, a high-level report by a computer expert on fraud issues involving election machines is being secretly held by the Department of Homeland Security but has not been released to the public. It reportedly supports Mike Lindell’s claims that electronic voting machines are susceptible to hacking.

Viewed in the context of last week’s Supreme Court ruling, which based the decision overturning Roe on the actual text and meaning of the Constitution, the real “insurrection” is now coming into view. That power grab can be seen in how the original Supreme Court decision in 1973 legalized abortion on demand, leading to the loss of 60 million innocent unborn lives. Worldwide, as noted by the Global Life Campaign, 1 billion babies have been destroyed, with most of the loss of life in Russia, the first communist state to legalize abortion, and Communist China.

But this is not the Court’s only unconstitutional ruling. As noted in the late Justice Antonin Scalia’s dissent in the gay marriage decision, the Court engaged in a judicial “putsch” in that case as well, finding a “right” that does not exist, in an attempt to overthrow our democratic form of government and deny citizens their constitutional rights.

Justice Clarence Thomas, in his opinion on reversing Roe, said the gay marriage decision should also be reconsidered.

Interestingly, Mastriano wrote an academic paper on how the military itself could be corrupted by left-wing political elites organizing a “putsch.” Evidence of such corruption was revealed in a speech at the rally by former Marine Lt. Col. Stu Scheller, who described how he was discharged by the military brass after he questioned the botched withdrawal of U.S. forces from Afghanistan. He has written the book, Crisis of Command: How We Lost Trust and Confidence in America’s Generals and Politicians, and says he is endorsing Cox because he “has demonstrated that he is willing to fight for veterans and be an advocate for the people.”

Another speaker at the Cox rally was Liz Harrington, a spokesman for Trump who described Cox’s RINO opponent Schulz as “Basement Kelly” for her unwillingness to debate Cox on the issues. Schulz is following the “Basement Joe” model of Joe Biden’s campaign for president.

Cox, an attorney who was on Trump’s legal team in 2020, urged his followers to monitor the elections closely and said that he would use phone app location data, the technique used in the “2000 Mules” movie on election fraud, to analyze ballot box-stuffing if there were questions about the results. U.S. Army Captain Seth Keshel was another speaker, describing in detail the evidence of fraud in 2020 and declaring, “I assure all of you that Dan is right up there with Kari Lake nationally…He has my full support and endorsement for this campaign.”

(YouTube has censored several of my videos, which examine election fraud and other matters, on the grounds that they constitute “misinformation.” The company is now threatening to remove all of my 500 anti-communist videos. If you can help our efforts to resist this censorship, please visit America’s Survival, Inc.)

Several speakers at the Maryland rally, including Dr. Leland Stillman, were supporting Cox because he has promised to strike down the Covid-19 mandates on masks and vaccines.

A panel of ministers discussed how Maryland’s RINO Republican Governor Larry Hogan had abused governmental powers by closing down churches supposedly to protect people from the virus.

Several “Parents for Dan Cox” signs were visible, reflecting support for Cox’s Parental Rights legislation, affirming the fundamental rights of parents to direct their child’s medical needs, education, religion and family morals. Cox was surrounded on stage at one point by a dozen or so conservative candidates running for various offices in the state of Maryland.