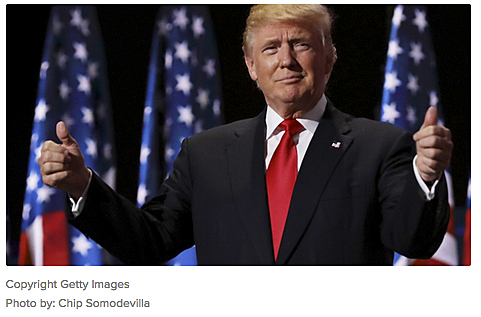 The letters in the Telegraph lambasting Trump continue [09/12/16] and that is to be expected in this polarized political season. What is not to be expected, at least by savvy political debaters, is the ease with which these letter writers inconveniently ignore the rebuttals already made in total disregard of the usual rules followed in policy debates!

Take for instance, Len Gregor of Kathleen who anticipates the lack of “backbone” of House Republicans and takes exception with the aphorism of “voting for the lesser of two evils,” supposedly championing the Libertarian candidate. The problem with Mr. Gregor’s arguments is that state voters democratically chose Trump (not the GOP leadership in a smoke filled room as Mr. Gregor and others have implied); and thus Trump would be the main contender, the popular choice of Republican grassroots voters, a virtual  mandate to be taken into account — if the election were sent from the Electoral College to the U.S. House of Representatives, regardless of lack or possession of “backbone”!

As to voting purportedly against evil, it would be effectively Republican votes the Libertarian candidate would largely siphon off, not from “some disaffected Democrats,” who have instead an insignificant challenge in Jill Stein of the Green Party. So Mr. Gregor’s effort would go to “Crooked Hillary,” as much as he would want to deny it. But much of this argumentation has already been alluded to in a previous article. I wish he had tried to refute it instead of modifying previous objections to the proverbial “lesser of two evils” contention.

That same day we also heard from Jack Bernard of Peachtree City, a letter writer who has identified himself as a retired health care executive. The problem here is that in every letter he has penned that I have read Mr. Bernard has always come from the left side of the political spectrum, antipodal to conservatism and republicanism. For example he has argued for ObamaCare and socialized medicine, and yet he insists he’s a Republican!

This time Mr. Bernard fulminates against ”two flawed candidates” but initially praises Trump for side issues. His real intention, to sink Trump, finally reveals itself by his playing the 1964 Johnson vs. Goldwater fear mongering card — pondering Trump’s “fingers on the button controlling the bomb”! With Republican friends like this, who needs Democratic foes!

This letter to the editor may be cited as: Faria MA. Trump — With moderate Republicans, who needs foes? The Telegraph, HaciendaPublishing.com, September 18, 2016. Available from: https://haciendapublishing.com/trump–with-moderate-republicans-who-needs-foes/.

The letter to the editor appeared in the Macon Telegraph, Sunday, September 18, 2016.