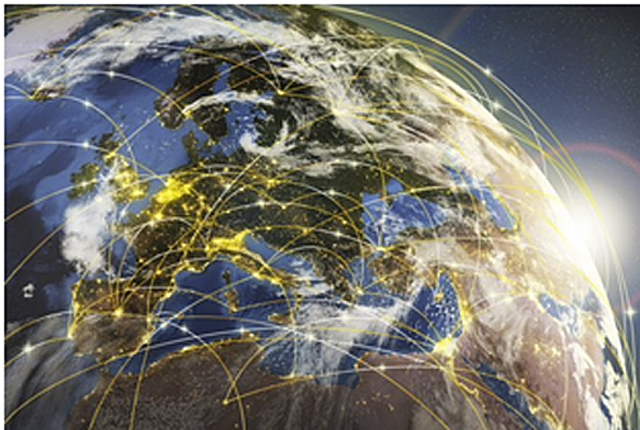 The World — Socio-economically and politically: What you need to know   by James I. Ausman, MD, PhD

The gravest challenge facing the USA and the nations of the world is the coming economic crisis of the world economies, if present policies are pursued. Few are aware or believe that this event could happen. The spread of centralized government control of the economies, the growth of the welfare state worldwide, the expenditures on entitlements beyond what any nation or even most states can afford, the cost of wars, the rapidly climbing debt of the USA and other countries and their inability to pay for these excessive expenses, the actions of many countries to print “fiat” (false) money to pay for their debts, the raising of taxes to pay for these debts, the rise in immigration to developed countries from the undeveloped world, the associated costs to their societies of this immigration, the promises made by politicians to get elected that cannot be fulfilled, and the desire of the public to have what they want, now, paid for by credit cards (debt), are all contributing to the coming economic crisis.

The unfunded promised benefits to the citizens of the USA in Medicare, Medicaid, Social Security, and pensions plus the USA debt amount to about $140 trillion. The total value of all the assets of all the people in the USA is $99 trillion dollars. So, one can see that the people of the USA do not have the resources to pay their expenses. Besides, these entitlements, the rest of the expenses are paid for with borrowed or printed (fiat) money that has little chance of being repaid unless perhaps by subsequent generations or by increases in taxes. Efforts to correct this coming economic crisis by austerity and sacrifice have been rejected by the public and the politicians worldwide. Governments and the press have participated in deception of the public about these issues in order to maintain their positions of power, for the truth would destroy them. No solution is in sight except more spending and valueless money printing. This unchecked desire for more of everything, without the responsibility to work or pay for these entitlements, has touched many countries and people with a few exceptions. This problem is the result of a worldwide breakdown of ethics and morality in society and a desire of the few for centralized control and power over the people. No country has instituted a solution to these problems that results in reducing expenditures or the growing debts. As many have stated in this paper, this policy cannot be sustained.

The result of this scenario will be a worldwide economic crisis. Fundamental to this impending economic crisis is the failure of centrally controlled economies and socialistic programs. Those selected groups, who benefit from having control, are the politicians, bankers, some selected industry leaders, and socialist planners, who will stop at nothing to maintain power and control over the people. Liberty of the people is in jeopardy worldwide. Read the evidence presented and decide if this summary is correct. The troubling question is, “What will happen if the world economy collapses?” Will this crisis be a time for the few to take more control of the people through fear, crisis decisions, misinformation, prevention of the public from protecting themselves with guns, and pervasive spying technology on each citizen or will more democratic governments arise from the failure of centralized control, the welfare state, and the loss of liberty? Such crises have been repeated throughout 4000 years of recorded history. What happened in those past times? Read the quotations of Vladimir Lenin, developer of Marxism-Leninism, the foundation of Communism and judge what you have read from his statements.

An alternative to this dismal scenario is little discussed also in the press. Why not? In the past 150 years, the alternative has happened with a rapid growth in democracy, communications technology, and life expectancy from advances in science and medicine. To unleash this huge human potential, at this time, will require individual freedom to create and innovate with the opportunity for risk and reward in an environment aided by unrestrictive governments even at the community and organizational levels. History records the success of the alternatives in the great leadership and creativity of humankind. The USA and the world are at the critical choice for their futures. We are experiencing the results of centrally controlling governments worldwide that are not working. Is it time for an alternative option? Read the evidence in this paper and decide for yourself. Reading this article will take you time, but you will not read all of this information elsewhere. It is key to your future. Decide for yourself what you should do after reading it. The URLs of many of the references are included so that you can read further about the many subjects presented.

Note to the Reader from Miguel A. Faria, Jr., MD:

Dr. James I. Ausman, Editor-in-Chief of Surgical Neurology International (SNI), has provided a great service to the readers of SNI and the world with this tour de force comprehensive review of the world economic situation and the future of medicine. “The World — Socio-economically and politically: What you need to know” outlines where we have been and where we are headed in the realm of global economics and international politics in general, and medical socio-economics in particular. In a way this review article responds to (and elaborates on) the previous concerns expressed by neurosurgeons in a previous editorial drafted by Dr. Ausman and published in SNI in April 2013 (i.e., Ausman JI. What are the three major changes/challenges in your life? Surg Neurol Int 2013;4:53).

Nevertheless, this article pertains not just to physicians and scientists but to concerned citizens everywhere, including Americans. China has just today surpassed the U.S. as the greatest oil importer in the world. If you need to read one socioeconomic treatise to plan for the future of your professional life and your family, this is it! I suggest you click on the link to the article in SNI, print out the PDF version and then, at your leisure — peruse it carefully!