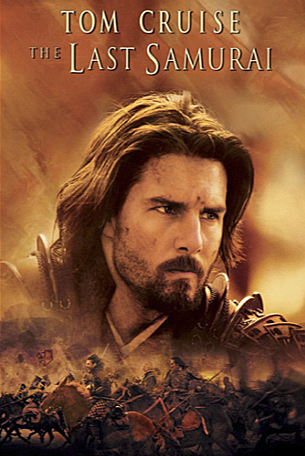 The Last Samurai (2003), a celebration of Japan’s warrior culture — A review of the historic film by Miguel A. Faria, MD

The Last Samurai is a 2003 American film starring Tom Cruise and the Japanese actor Ken Watanabe, supported by an excellent cast of American and Japanese actors. The film’s plot is based on the historic 1877 Satsuma Rebellion led by the samurai Saigo Takamori, who was opposed to the forced modernization of Japan under the direction of Western powers hired by the Imperial government.

The film takes place in 19th century Japan after the Meiji Restoration, established soon after by the gunboat diplomacy of the American Navy and Commodore Perry (1853 and 1854), which forced the opening of Japan to trade and subjected it to the influence of the West. This was under the U.S. Whig presidency of Millard Fillmore (1850-1853), and his successor, Democratic president Franklin Pierce (1853-1857).

The gunboat diplomacy and Western technological advances showed that the traditional samurai class, the military-warrior class of Japan that had protected the island from foreign invasion, was obsolete and could not oppose the modern military threat posed by the foreign invaders. Most of the samurai ruling class recognized the danger and the need for Western technology. In 1868 the last shogun, the samurai ruler of Japan, resigned and the Meiji Restoration, the resumption of rule by the emperor, ensued.

In reality, emperor, divine head of state as he was, was subject to the earthly advice and rule of his ministers. While probably most of the samurai class agreed with modernization, some of the more traditional warriors were opposed to the changes and the concomitant loss of their privileges, particularly their forced disarmament — and thus, some of them refused to discard their samurai code of conduct, the bushido, and planned an insurrection. Remembering this background, we move forward to the late 1870s and on to the historic 1877 Satsuma Rebellion led by the samurai Saigo Takamori in open opposition to the reforms.

The film’s initial setting in Japan is Yokohama Harbor, bustling with activity. East and West meet here. Here too lands Nathan Algren, a disillusioned and cynical American Civil War veteran, played by Tom Cruise. He had served the American military as captain of the 7th Cavalry but had been disgraced by being ordered and committing a horrible war crime against Native Americans. As a skilled soldier with a reputation, Algren was hired to train and modernize the Imperial Japanese Army. After the first battle, Captain Algren is captured by the rebellious samurais and under the influence of the learned and philosophic samurai chief Katsumoto, played by Ken Watanabe, the ex-captain is intrigued by observing the simple samurai way of life that offers him redemption. He joins the rebellion and trains hard to become a samurai. I will not further unravel the plot. The readers can find out for themselves by watching this incredibly well-produced, directed, and acted drama — and spectacular, epic film.

The DVD comes in a 2-disc full screen edition. A Chicago Sun-Times reviewer writes, “a phenomenal achievement! Tom Cruise’s finest hour…”  I agree. The Imperial Japanese army uniform, to say nothing of the magnificent samurai armors, kabuki helmets, katana swords, etc., are accurate and magnificent. The scenery is spectacular (New Zealand and Japan). The Japanese way of life and samurai culture are also accurately depicted. In the second Special Features DVD, there are interviews with Tom Cruise and the Director Edward Zwick, which are excellent, both depicting the movie as a celebration of the samurai tradition. The actor and director definitely studied the culture that they were celebrating. But the film goes beyond celebration since it is inspired by historic events. If there is anything to cavil about, its not with the film itself, but with the brief interview given by a Geoffrey Wawro, a military historian, in the documentary section “History vs. Hollywood.”

Infected by the anachronism that can come about from the zeitgeist of political correctness, the historian complains that the film confused the good guys with the bad guys. Why? The samurais, he claims are “the bad guys.” He does not blame the militarism, bushido or privileges of the samurai, as one would have expected with some reason. According to Wawro, the samurais are not protecting their way of life, the samurais are “reactionaries.” The good guys are the peasant soldiers, “who are fighting for democracy” and … “women’s rights.” The statement, of course, is preposterous, especially for a military historian.

The soldiers, as well as the samurais, in reality are all good guys, doing what they thought was their duty. The conflict then was unavoidable given the strong ideals and the requirements of national necessity: The samurais were attempting to preserve their age-old traditions, culture and national identity; the peasant soldiers were fulfilling they military duty as soldiers serving their country and emperor. The idea that peasant soldiers were fighting for democracy or women’s rights is ludicrous. In the 1870s, women had no civil rights, not only in Japan, but also in most of Europe, Great Britain, and the United States. Japan did not have civil rights for women or democracy until the end of World War II, when it was virtually imposed on them by the conquerors. Take note that this in the documentary about the film, not in the film itself.

The movie is spectacular, accurately portraying the Japanese culture, emotive, and suspenseful, and keeping you, the viewer, on the edge of your seat. It is highly recommended with a 5/5 star rating.

Miguel A. Faria, M.D. is a retired clinical professor of neurosurgery and long time medical editor. He is the author of Vandals at the Gates of Medicine (1995); Medical Warrior: Fighting Corporate Socialized Medicine (1997); and Cuba in Revolution: Escape From a Lost Paradise (2002). His website is https://HaciendaPublishing.com

This article may be cited as: Faria MA. The Last Samurai (2003), a celebration of Japan’s warrior culture — A review of  the historic film. HaciendaPublishing.com, May 14, 2017. Available from: https://haciendapublishing.com/the-last-samurai-2003-a-celebration-of-japans-warrior-culture–a-review-of-the-historic-film-by-miguel-a-faria-md