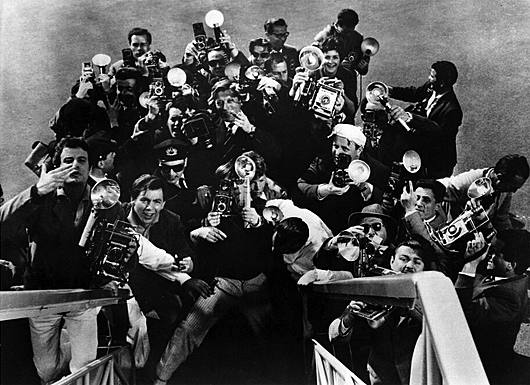 No sooner does a U.S. presidential election end than a new round of politicking for the next election begins, as if four years hence were just right around the corner!

True, the midterm congressional elections — in which the full House of Representatives and one-third of the U.S. Senate is up for re-election — provide a bit of a non-presidential political interlude, but the presidential electioneering is just under the surface. The mainstream media (MSM), the same media that on the surface militates for campaign finance reform, are the same opinion molders keeping presidential campaigning looming behind the clouds on the political horizon.

We the people complain in letters to the editor, blogs, opinion polls, object to political signs, etc., and emphatically blame the perpetual politicians for their year round congressional and presidential political campaigning to no avail. We are more than cloyed with so many political advertisements. But who is really at fault for the year round politicking and the political (television) advertisements of the campaign season that has surfeited our political senses?

If you follow the news, you would have observed how the media has enticed Republicans to come out to run for president. We have young conservative U.S. Senators imitating Obama, running for president after one or two terms (and some of them having to relinquish their seats to run): Senators Rand Paul (R-KY), Marco Rubio (R-FL), Ted Cruz (R-TX), etc. We also have Republican governors intending, announcing, or already running for nearly two years before the actual election. We have perpetual candidates such as John McCain (R-AZ) promoted by the MSM as a GOP maverick to sabotage the Republicans from within. This time around Hillary Clinton seems to have rapped it up for the Democrats, only let’s remember what happened in 2008. Out of the blue she lost the Democratic primary to young Barack Obama, a first term senator from Illinois. At other times, it’s the Democrats who run in flocks. For the GOP this time, it’s the more the merrier, more time for ridiculing and sabotaging conservatives, and more cash flow in political advertisement for the MSM!

Presidential campaigning is not only an expensive proposition for which candidates have to campaign hard to fill their political war chests, but also a grinding process for the campaigners on the political trail and their families. As much as they may desire to be the next American president, no one looks forward to being scrutinized, analyzed and criticized, particularly, if one is a conservative Republican to be unceremoniously dragged in the mud over any peccadillo, real or invented by their political opponents, and “investigated” by their allies in the media. Let’s face it: One is considered innocent until proven guilty in politics only if one is a Democrat, but the opposite is true for the Republican candidate. Democrats can be proven guilty, but it takes persistence, the transgressions must be flagrant, and costs lots of time and money. The liberal or Democratic candidates are defended by the MSM, but conservatives on the other side of the fence need lots of cash to maintain their viability and to mount a defense. The liberal MSM themselves bring forth issues and accusations that conservatives must counteract, and again this costs money.

True, the MSM have conflicting interests: On the one hand, they want to use campaign finance reform so they can be the only kid on the block, the main (if not the only) power to influence elections, and we all know which political direction they favor — i.e., the policies of the liberal democrats. On the other hand and therein lies the hypocrisy, political advertising is big business from which the MSM profit immensely, and if we consider all national elections, it is a multibillion-dollar enterprise that benefits the big cable networks, not to mention the big three TV networks — i.e., CBS, ABC, and NBC.

We the people have been told time again by the MSM pundits that their investigative journalists uncover scandals and political mishaps by following the money. We should follow the same advice, and ask ourselves — who profits financially from round the clock campaigning and the necessary multibillion-dollar spending those political campaigns, especially presidential electioneering, require? You guessed it, the MSM!

What is the cost of national elections? In 2012, congressional elections cost nearly $4 billion and presidential elections nearly $3 billion, a total of nearly $7 billion. Is this spending necessary? Unfortunately, probably so, as long as candidates are pushed by the MSM to campaign year round and prevent media monopoly over political speech.

And so now when you get cloyed to satiety with the dog and pony show of perpetual presidential electioneering (e.g., from the prodding of politicians to run years ahead of elections and then the necessary avalanche of paid political advertisements as the elections near), you recognize the dual strategy at work — which in either case the MSM win! With the victory of the holier-than-thou campaign finance reform, some of us citizens and organizations are muzzled and the incumbents the media prefers are protected. With the dog and pony show of perpetual presidential electioneering promoted by the media pundits, the MSM can call sanctimoniously for campaign finance reform, while running all the way to the bank — either way it is the hypocritical MSM who benefit.

This article originally appeared on GOPUSA.com on May 12, 2015.

This article may be cited as: Faria MA. The dog and pony show of year round electioneering and the mainstream media. GOPUSA.com, May 12, 2015. Available from: https://haciendapublishing.com/the-dog-and-pony-show-of-year-round-electioneering-and-the-mainstream-media.

The photo used to illustrate this commentary came from another source and did not appear in the original GOPUSA.com article. A shorter version of this commentary was also published in The Macon Telegraph on June 15, 2015.

Share on facebook
Share on twitter
Share on linkedin
Share on email
PrevNeolithic trepanation decoded — A unifying hypothesis: Has the mystery as to why primitive surgeons performed cranial surgery been solved?
Medical Ethics of Hippocrates or Population-Based Bioethics — A Symposium based on the Interview of Dr. Miguel A. Faria by Kerry Sheridan, Agence France-PresseNext